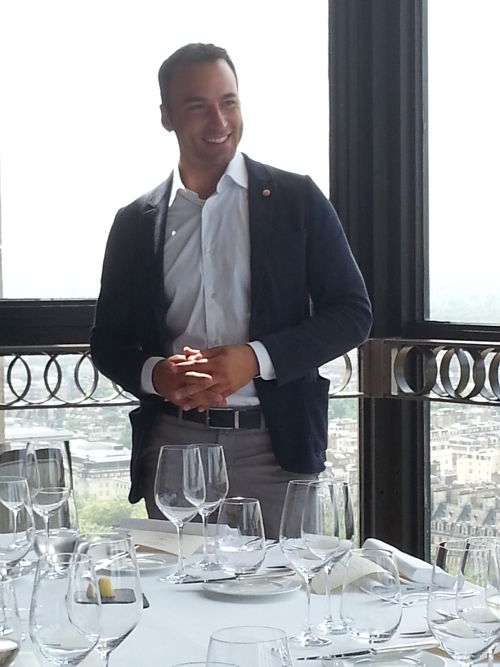 The Zonin family own 11 wine estates, ten of which are in Italy and one in Virginia. Having started in 1821, they have 2000ha under vine and have established a reputation for quality. I have previously written about the marvellous wines from Barboursville Vineyards in Virginia, in particular their superb Viognier and signature 'Octagon' blend of Bordeaux varietals. I’ve also recommended some of Zonin’s Italian wines, including the delightful Calasole Vermentino Maremma IGT 2011 and the delicious Sasseo Primitivo Salento IGT 2009. So it was with great delight, that I received an invitation to attend their "Souls of Tuscany" Sommelier’s Themed Lunch at London’s Michelin-starred restaurant, Galvin at Windows, where vintages of two styles of Tuscan wine were tasted.

To the UK consumer, Chianti is a very familiar name. However, Chianti Classico is perhaps less well-known and the two are sometimes confused. Chianti itself is a very large wine-producing area within central Tuscany, whereas Chianti Classico is about a quarter of the size, and is one of seven sub-regions located within the Chianti boundaries. Located on higher ground, on the western foothills of the Apennine mountain range, this DOCG zone is known for its top quality wines which have the iconic black rooster on the bottle neck.

The wines of Maremma are probably less known in the UK. The area, which lies on the coast, only about 60-70 miles south-west of Chianti Classico, nevertheless produces very different wines, due in part to the warmer climate. Average summer temperatures are higher by 5°C (30°C here, as opposed to 25°C further north) and even the winds originate from different sources – from the south in the case of Maremma and from the north in the case of Chianti Classico. Combined with the variety of soil types, grapes tend to ripen well and the resultant wines are often higher in alcohol. 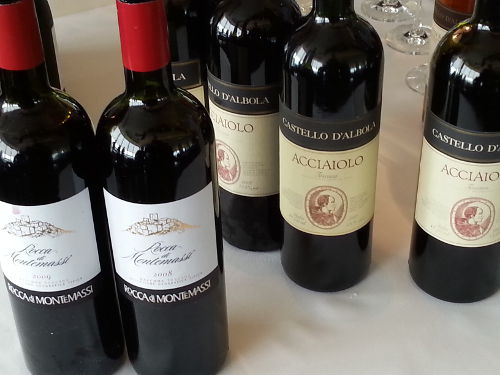 Zonin own three Tuscan wineries, two of which were represented at this tasting - Castello d'Albola from Chianti Classico and Rocca di Montemassi from Maremma. Winemakers Alessandro Gallo from Castello d'Albola and Federico Giovannetti from Rocca di Montemassi stressed the importance of terroir in their wines. Alessandro explained how "if you taste the wines of Chianti Classico or any other "Supertuscan", you have to recognise how great wine can only be made by respecting terroir." Federico continued this theme: "Terroir can influence the wine in many different ways and it is important that these differences are expressed." They also described how choosing grapes from vineyard plots at different altitudes affects the resultant wine: "Sangiovese planted on the hills can be used to produce strong, full-bodied wines with long ageing potential. Conversely, the same grape planted on the plains can produce fresh, fruity, smooth, easy-drinking wines." However, the situation is somewhat reversed with Merlot, as plantings on the hills can result in overripe grapes, so better quality may be found on the lower altitude plains. Moreover, in warmer years, later-ripening grapes may be preferable, as the earlier ones can be overripe. Barrel size was also mentioned as a crucial aspect in vinification of these wines, Rocca di Montemassi using 350L tonneaux, rather than 225L barriques to avoid extracting too much fruit. The winemakers agreed that these factors demonstrate how premium wines depend firstly on judicious use of grapes, but also on many other considerations.

Both wineries brought along several vintages of their premium label wines for comparing and contrasting. Castello d’Albola’s Acciaiolo Toscana IGT comprises 65% Sangioveto (old-vine Sangiovese) and 35% Cabernet Sauvignon. It is produced in the best vintages and in small quantities. In contrast, Rocca di Montemassi Maremma Toscana IGT is made from a blend of separately-vinified grapes, chosen from Cabernet Sauvignon, Merlot, Petit Verdot and Syrah, the precise blend varying each vintage according to which varieties are best for that year. However, a typical combination may be along the lines of 50% Cabernet Sauvignon, 20% Syrah, 20% Merlot and 10% Petit Verdot. Federico described his wines as marrying the traditions of Chianti with new-world style innovation to achieve maximum potential. Additionally, they both expressed the view that while the wines of Maremma do not necessarily need food, Chianti Classico definitely does. 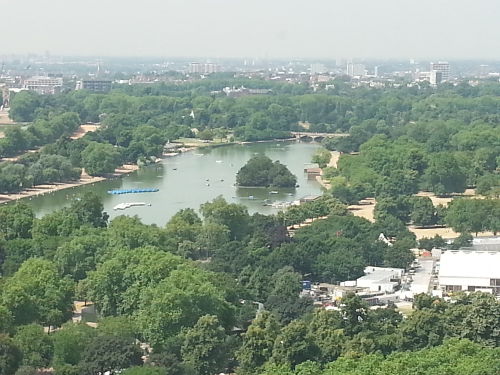 Galvin at Windows boasts striking views of Hyde Park from its location on the 28th floor of the Hilton Park Lane. With this impressive background and already refreshed by our aperitivo of Zonin’s fruity, aromatic, floral and delicately nutty Prosecco DOC NV Tenuta ca’Bolani, we proceeded to lunch with two star wines per course. The gamut of flavours in the superb menu, created by Head Chef André Garrett, was matched by the complexity in these super Tuscan wines. Overtones of concentrated berry fruit were evident with cherries, blackberries, plums, redcurrants and blackcurrants showing. Tobacco and spice came through particularly with the Chianti Classicos, while rich, black fruit notes were characteristic of the Maremma style. The wines demonstrated elegance, along with well-balanced acidity, smooth tannins and a long finish. Additionally, before tucking into dessert, accompanied by a fruity and honeyed Vin Santo del Chianti Classico, we had the pleasure of tasting Acciaiolo vintages 2004 and 2001, which, unsurprisingly, were also complex and delicious.

More information on Chianti, "Supertuscan" wines and the IGT label can be found in my review of Le Macchiole Paleo Rosso 2008.

Further details on Zonin wines available in the UK can be found on their UK website.

This article is also available online at the drinks business.