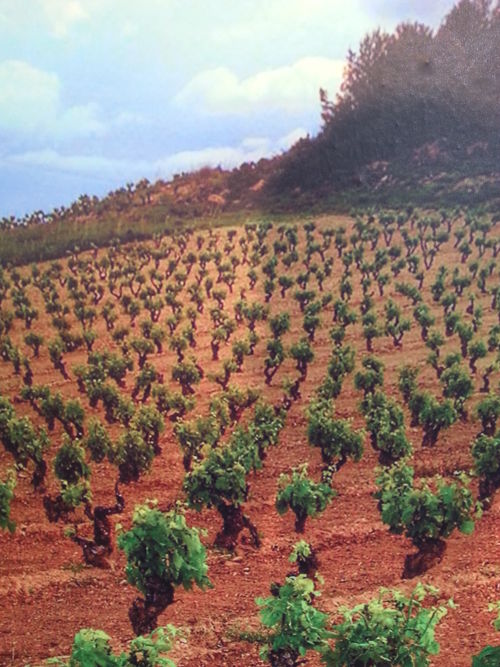 Rioja is Spain’s most famous wine region. Located in Northern Spain and protected by mountains, the area has a superb climate for wine production. Divided into three zones (Rioja Alta, Rioja Alavesa and Rioja Baja), each having its own climate, topographical features and soil types, a wide variety of styles is possible.

Rioja is so much more than Tempranillo-based oaky reds. Indeed, many changes are afoot, since 2007 marked the year that the wine region was allowed to use nine new varieties of grapes. As a result, we can look forward to greater complexity and approachability in their white wines, in particular. Although I am a fan of traditional / historic styles, perhaps the heavily oaked whites of the past are just not suited to the majority of modern international palates.

Wines from Rioja held a trade tasting in London on 9th October and I was particularly interested in the current state of play with Rioja Blanco, hence my bias on white wines. I deliberately sampled wines from producers less known to general UK consumers, as well as from some of the bigger names, so there are clear omissions from my list of recommendations below. Indeed, there are many other wines from the tasting that I could have mentioned, but I think this selection gives a metaphorical flavour of Rioja’s diverse styles. Price points were also important, as not everyone will want to spend over £30 on a bottle, so I only mention three superb wines in that category. It is worth noting that the best vintages from the last 25 years are 2011, 2010, 2005, 2004, 2001, 1995 and 1994. 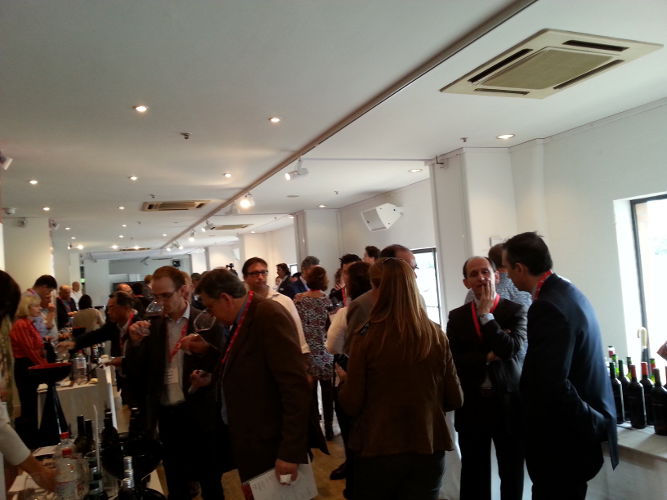 Viura, Garnacha Blanca and Malvasia are the traditional grapes. Since 2007, Chardonnay, Sauvignon Blanc and Verdejo have been approved for use in blends only, whereas Maturana Blanca, Tempranillo Blanco and Turruntés can be blended or used as single varietals.
Tempranillo, Mazuelo, Garnacha and Graciano are the traditional grapes. Since 2007, Maturana Tinta, Maturana Parda and Monastel can be used in blends or in single varietal wines.

Floral and honey notes with a long finish. The unusually high alcohol content at 14% lends weight and intensity of flavour. This was one of my favourite wines at the show and has an on-trade price of £26 (Fields, Morris & Verdin).
Fresh lemon acidity with a floral and fruity quality, salinity and minerality - £8.99 (Castelnau Wine Agencies).
An elegant, rich wine, which has spent 19 months in oak. Notes of vanilla, pear, citrus, minerality and gentle smoky overtones. A great match for smoked fish and a well-deserved treat for £20 (MMD Ltd.).

Delicate, fruity, floral and crisp - £7.99 (Freixenet UK).
Delicate, floral and fruity with notes of honey blossom, minerality and a touch of salinity - £8.75 (Waterloo Wine Co. Ltd.).
This superb complex wine, which has spent 18 months in oak, is a blend of Viura, Malvasia, Garnacha Blanca and Moscatel. An apricot and floral nose leads on to an elegant, fruity, soft and honeyed palate - £55.00 (The Winery).

This is the only Rioja Crianza awarded a Gold at the World Wine Awards 2013; elegant and fruity with gentle black pepper spice on the nose and palate - £13.49 (Barwell & Jones Ltd.).
Notes of stewed red fruits and caramelised orange with hints of tobacco and a long finish. This will age wonderfully and £19.99 (Armit Wines) is a good price for a wine of this class. The same winery’s ‘Gran Reserva 904 2001’ benefits from that year’s excellent vintage. Beautifully balanced fruit, balsamic and spice notes on the nose and palate lead on to a persistent finish with hints of wild strawberries. Decent value too at £35.99.
Intensely aromatic and fruity with smoky, spicy and creamy notes from the oak ageing; well-rounded tannins, good structure and a long aftertaste - £26.99 (Hatch Mansfield).
A Decanter ‘Highly Commended’ wine; aromatic with hints of tobacco and spice, full of red fruit notes and some minerality - £11.99 (Hallgarten Druitt & Novum Wines).

A complex wine with notes of blackberries, spice, hints of liquorice and a gamey quality, plus soft vanilla, woody hints from 16 months ageing in new French and US oak barrels - £35.99 on-trade.