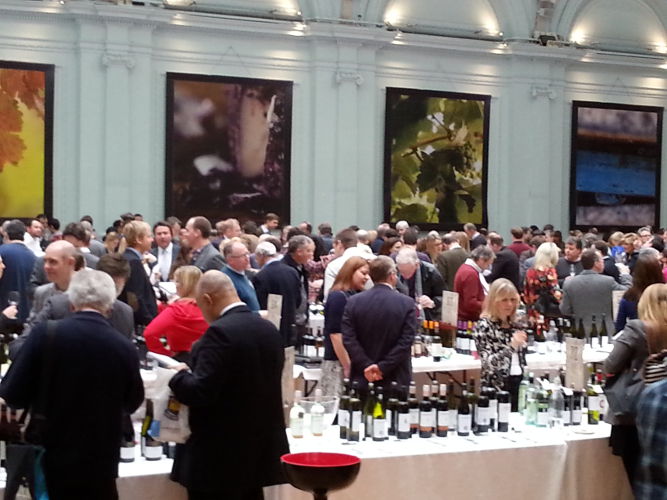 Australia has been a major game player within the wine industry for several years now and in 2013 was the fourth largest exporter of wine by volume in the world. Its biggest export markets remain the UK and the US, while interest from Asia is growing. Although wine is produced in each of the seven states, the main wine regions are located in the southern cooler parts of the country, i.e. South Australia (which is responsible for more than 50% of total production), New South Wales, Victoria, Western Australia and Tasmania. The grape harvest occurs around February/March.

Australia has no indigenous grape varieties - vine cuttings and grape seeds were first brought over by settlers in 1788 – but new varieties, such as Tarrango, have been bred successfully within the country. Although many European-origin grapes are grown, Shiraz (aka Syrah) and Chardonnay are particularly widely planted and account for the two most popular styles exported. Indeed, Shiraz has been so successful globally, that the name itself has spread worldwide and even a few French wines are labelled as such. Varietal labelling, where the grape variety must constitute at least 85% of the wine, has been particularly effective and, together with straightforward, explanatory back labels, mean that generally the consumer knows what to expect.

From the mid-1980s, Australian wine gained a real foothold in the UK market, which included surpassing French wine imports in 2001. This led to a perception of the country as one producing relatively cheap, reliable and easily quaffable wine. Chardonnays were known for their big, bold styles – alcoholic, full-bodied, oaky, rich and buttery (100% malolactic fermentation) with tropical fruit flavours, whereas red wines were full-on fruity, similarly powerful and rich. However, times are changing and nowadays, many Australian wines reveal a radically different profile from these stereotypes. For example, a number of producers are picking grapes earlier, resulting in lighter wines with lower alcohol, higher levels of natural acidity and more mineral, citrus flavours. Larger barrels and lower levels of new oak are also being employed, together with judicious use of malolactic fermentation, to achieve wines with more balanced characteristics.

These attributes were clearly in evidence at the recent Australia Day Tasting 2014 in London, where some outstanding quality was on show. I went in search of Chardonnay and Shiraz, in particular, but also took the opportunity to try a handful of other styles. Below are my tasting notes for some of the best wines I sampled on the day. Prices quoted are for retail:-

Australian Vintage makes the multi-award-winning McGuigan Wines. Their 'Shortlist' range is a terroir-focused series of wines, made with grapes sourced from several different topographic aspects. The 100% Chardonnay Shortlist 2012 (£14.99) was aged on its lees for eight months, before being matured in new French oak barrels. Benefiting from the cooler climate Adelaide Hills, the fruit retains a refreshing citrus zing, while allowing aromas and flavours of peach to develop, complemented by a light, vanilla creaminess. Delicious!

Willow Bridge Estate is a family-owned winery located in south-west Western Australia 's Ferguson Valley, in the Geographe Wine Region, between Perth and the Margaret River. The climate is very sunny and dry, but ocean breezes during the summer and an altitude of 230-280 metres provide some coolness, lowering the temperature by nearly two degrees. Their wines are available in the UK from Barwell & Jones, including Dragonfly Chardonnay 2012 (£11.99). Half of this wine was fermented in second-use French oak and half in stainless steel tanks, resulting in a crisp, refreshing style with notes of melon, white peach, citrus and a light creaminess.

Voyager Estate, from the Margaret River, is committed to making top quality, characterful wines and their Chardonnay 2009 (£24.40 from Justerini & Brooks) is a great example of this. Made from hand-picked, whole bunch-pressed grapes and aged for 10 months in a mix of new, first and second-use oak with regular bâtonnage, the result is a wine which really brings out many desirable characteristics of the Chardonnay variety. The elegant notes of stone fruit and citrus plus hints of tropical fruit with soft vanilla cream undertones and a fresh mineral edge make this a food-friendly wine, particularly good with fish.

The renowned Vasse Felix, established in 1967, is the founding wine estate of Margaret River. Their Heytesbury Chardonnay 2012 (£32.25 from Negociants UK) has received much praise within the industry and it's not difficult to see why. The wine is full of rich, citrus and stone fruit goodness with hints of toast plus a refreshing acidity and has the potential to age beautifully over the next five years.

Brown Brothers, based in Victoria, is a well-known family-owned winery dating back to the late 1880s. Their 'Patricia' range, named after the family matriarch, comprises a selection of carefully-crafted wines, which are only released in the best vintages. The Patricia Chardonnay 2008 (£18.99 from PLB) is elegant and mouth-filling with notes of stone fruit, pears, creamy vanilla custard, herbs and cashews, plus a lingering finish complemented by hints of refreshing minerality from the natural acidity. A percentage of this wine underwent malolactic fermentation and there is a great balance between oak, cream, fruit and acidity.

Tamar Ridge, purchased by Brown Brothers in 2010, has become one of the leading wineries in Tasmania. Located off the south coast of Australia, this is a cooler area with a long ripening season, which helps to retain levels of natural acidity. Their Chardonnay 2011 (£16.45) spent 12 months in second and third-use French oak, resulting in refined stone fruit and vanilla notes, underpinned with a delicate, crisp minerality. Simon Hackett Wines are based in the McLaren Vale region in the south of the country near Adelaide. Their elegant, lean, crisp and mineral Brightview Chardonnay 2012 (£12.25) has fruity notes of peach and melon plus subtle oak influences. Both the above wines are available from Awin Barratt Siegel Wine Agencies (ABS).

Sidewood Estate is a privately-owned vineyard in the cooler climate Adelaide Hills region. Their wines are stylish and elegant, including the Mappinga Chardonnay 2011 (RRP £16.95), which spent eight months in oak on its lees. The result is an aromatic wine with citrus, stone fruit, a touch of minerality and sweet spice notes on the palate, the latter lingering satisfyingly on the finish.

I enjoyed two styles of Shiraz from Willow Bridge Estate. The first, Gravel Pit 2012 (£19.99), is elegant with notes of blackberries, plums and cherries, plus dark chocolate and spice. The second, Black Dog (£45) is Willow Bridge's top wine, only 200 cases of which are produced and is made solely from grapes grown on a single plot. With long ageing potential, this already shows beautiful refinement with spice, berries, plums and dark chocolate to the fore. Both these wines are available in the UK from Barwell & Jones.

The iconic Peter Lehmann, who died last year, made a lasting impression on the wine industry and his Barossa Valley wines from South Australia are known throughout the world. Their VSV range (Very Special Vineyards) includes VSV 1885 Shiraz 2009 (£29.99 from Hallgarten Druitt), only 750 cases of which were made. This wine spent 18 months in new French oak and the result is smooth, spicy, rich and full of fruit with notes of plums and cherries plus hints of chocolate – a great match for rich venison dishes.

Brown Brothers' Patricia Shiraz 2008 (£18.99 from PLB) is another quality offering from the Patricia range of wines. Fruity and spicy with notes of plums, berries, mint and hints of game, there are plenty of years left for this wine to develop.

Sidewood Estate's Shiraz 2012 (RRP £11.95) and Mappinga Shiraz 2010 (RRP £22-23) are two lovely expressions of this grape. The former shows characteristics of plums, cherries and sweet spice, while the latter has a more intense fruity depth with herbal notes and an elegant, persistent finish.

Although producing a range of dry red and white wines, Campbells of Rutherglen, from the Rutherglen region of North East Victoria, are particularly renowned for their world-class fortified sweet wines. A sip of the 12-year old Classic Muscat (£20.75), available from Awin Barratt Siegel Wine Agencies (ABS), is like drinking liquid, alcoholic toffee and raisins with mouth-filling richness and complexity. Have this with strong cheeses, such as vintage Cheddar, or chocolate and you'll have a big smile on your face!

Sidewood Estate's Sauvignon Blanc 2013 (RRP £10.95) is an award-winning wine with delightful notes of citrus, nettles and gooseberries plus a fresh minerality. This would make a delicious accompaniment to a grilled salty cheese starter.

Peter Lehmann Wines' Princess Moscato 2012 (£8.99 from Hallgarten Druitt), is a 5.5% ABV, light, refreshing frizzante style with a touch of sweetness. Served chilled, this would make a perfect apéritif or a good match for fresh fruit.

Voyager Estate's Cabernet Sauvignon Merlot 2008 (£30.40 from Justerini & Brooks) is a perfumed delight with notes of plums, berries, hazelnuts and herbs plus well-integrated tannins. Although delicious now, another 10 years' cellaring could help this wine develop even more complexity. 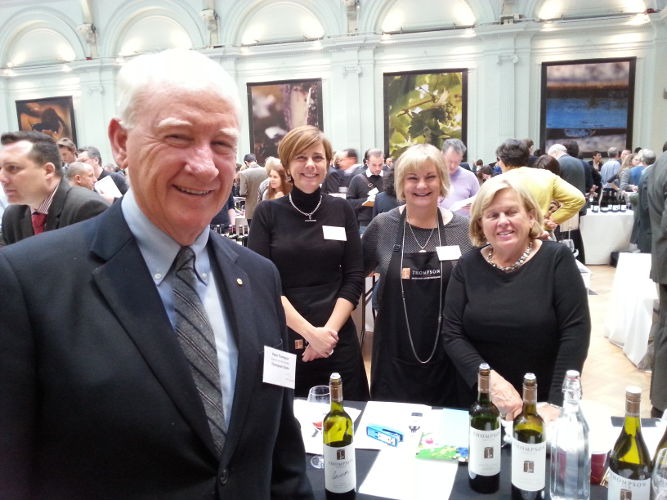 One of my favourite discoveries at the tasting was Thompson Estate from Wilyabrup in the Margaret River region, Western Australia. The brainchild of leading cardiologist, Dr Peter Thompson and supervised by head winemaker, Bob Cartwright, the winery has already received many awards and accolades, including excellent reviews from James Halliday, Australia's premier wine critic.

The vineyard area has a cooler climate due to the maritime breezes off the coast, which together with ideal sun exposure, results in flavourful, elegant and high quality wines. The modern, state-of-the-art, architecturally acclaimed winery building further illustrates the team's forward-thinking approach and high-quality management of wine production.

I tried five of their wines, starting off with Locum Chardonnay 2012 (RRP £15), which displayed notes of lemon, white peach, hints of tropical fruit and a light oaky creaminess. This was followed by their wonderfully elegant Estate Chardonnay 2012 (RRP £25) with its graceful citrus, melon and nectarine notes, backed up by delicate vanilla and sweet spice touches plus a palate-cleansing mineral freshness.

Moving on to the reds, I began with the Locum Cabernet Merlot 2012 (RRP £15), containing 80% Cabernet Sauvignon, 15% Merlot and 5% Cabernet Franc. Hardly any oak was used and the result is the wine equivalent of drinking a basket of fresh, ripe fruit. Beautiful! Next was the turn of Andrea 2010 (RRP £25), a blend of 80% Cabernet Sauvignon plus 10% each of Merlot and Cabernet Franc. This complex and luscious wine spent 18 months in oak, which lends gentle spice notes to the fruit-filled palate, but never overpowers. Last, but not least, was the superb Cabernet Sauvignon 2010 (RRP £25), made from 85% of that grape plus 8% Merlot and 7% Cabernet Franc. Eighteen months ageing in barriques, half of which are new and the remainder split between first and second-use, brings out soft vanilla and chocolate notes to complement the spice, plums, berries, violets and mint. This lovely wine has very good structure and will develop well over time to reveal further complexity. 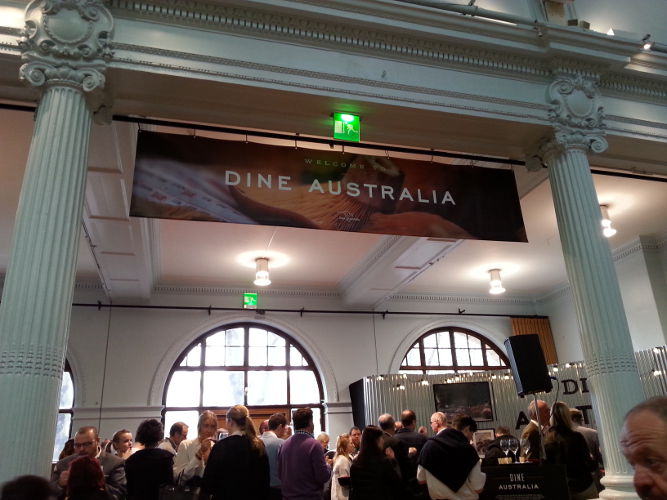 There were opportunities during the day to attend food and wine matching tastings and I went along to try some Pinot Noir with modern Australian dishes.

First out was Giant Steps' award-winning Applejack Vineyard Pinot Noir 2012 (£24 from O.W. Loeb), matched to cured salmon with spicy Perilla leaves and a touch of mayonnaise and smoked sea salt. Giant Steps, whose wines are all from single vineyards, is part of Innocent Bystander, an independent winery in Victoria State's Yarra Valley. The strawberry and raspberry notes of this Pinot Noir helped to bring out the sweetness of the salmon, while hints of white pepper plus silky tannins matched well with the texture of the fish.

The second pairing consisted of poached and roasted quail with English truffles and mushroom salad, partnered with Ten Minutes by Tractor's Estate Pinot Noir 2011 (£34.95 from Bancroft Wines). This highly regarded winery is situated within the coolest and highest altitude area of Victoria's Mornington Peninsula. The sweetness of the quail and the earthiness of the truffles blended well with this elegant wine's red berry fruitiness, notes of spice and game plus relatively high acidity and tannins.