Portugal offers an eclectic mix of wine styles from the rasping acidity and freshness of a Vinho Verde (white, rosé and red) to inky, tannic and complex reds. Then there are the sweet and fortified wines, which themselves offer a diversity of aromas and flavours. Many grape varieties are unknown outside Portugal (and often within the country too!) - I was once told by a top wine guru that when he visited one of the vineyards, the winemaker himself did not know all the grape varieties planted on his estate! Since then, however, much of the industry has modernised and seen increasing attention from overseas. There was so much to discover that I just concentrated on a few areas and wine styles, picking out some highlights and I’ve left other regions for another time. This is not meant to be an exclusive list of the best wines of the show, rather a selection of good or very good ones which I personally found of interest and which readers might like to try for themselves.

As someone who loves a good Vinho Verde, I couldn’t let this opportunity go by, so I’ll start with these wines in my brief round-up. 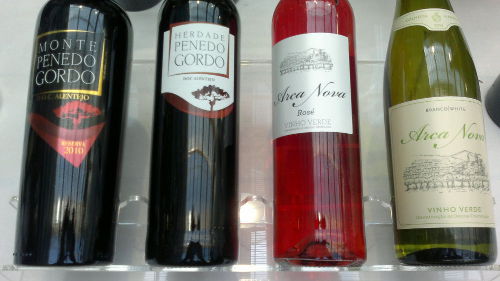 Casa Leal imports wines from Quinta das Arcas and they had three Vinho Verdes on show. The first, Arco Nova Branco 2012, was light, fresh and pétillant, with notes of green apple. It needs another couple of months to settle down. The Arca Nova Alvarinho 2011 has an added mineral and lime freshness. Made further south than most Vinho Verdes, this has 13% alcohol, so has a fuller feel in the mouth. Finally, their intensely pink-coloured Arca Nova Rosé 2012 has bags of strawberries on the nose and palate with a long aftertaste. 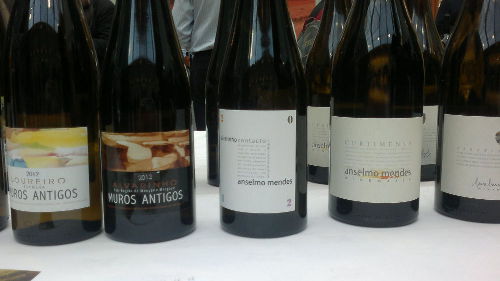 Anselmo Mendes had seven Vinho Verdes on show, all of which were very different. Just to give an idea of how much diversity there is, I’ll give brief tasting notes on four of them, although the other three were also excellent:- 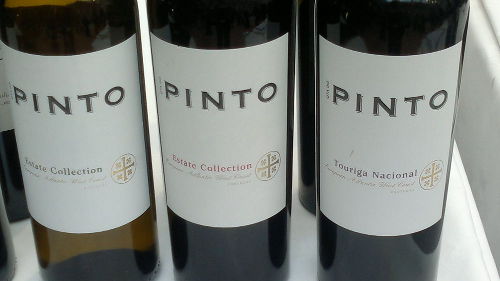 Casa Leal also had some red and white wines from Quinta do Pinto in the Lisboa area. The pick of the bunch was their full-bodied 100% Touriga Nacional, Alenquer, which showed a level of complexity with notes of violets, black fruit and pepper and a perfumed elegance on the nose and palate. Oakley Wine Agencies’ selection included wines from Companhia Agrícola do Sanguinhal. Their impressive Quinta das Cerejeiras 2008, made from Aragonez, Touriga Nacional and Castelão, was aromatic and fruity with notes of cherry evident on the nose and palate.

Moving on to the Setúbal region, Casa Agrícola Assis Lobo had an entry-level Lobo 2012 white wine made from a blend of Fernão Pires, Arinto and Moscatel Galego Branco. This showed notes of pear and citrus on the nose and palate with a slight creaminess and grapefruit on the finish. Their Lobo Selecção Syrah & Touriga Nacional 2010 showed black fruits and cedarwood spice on the nose and palate. The Lobo Mau 2008 was velvety smooth with red fruits and a hint of balsamic on the palate.

Moreno Wines Ltd. had several wines on show, including a range from José Maria da Fonseca, the oldest producer of table wines and Setubal Moscatel in Portugal. I liked the Periquita Reserva 2010 with fruity characteristics of cherries and plums, complemented by vanilla and tobacco notes from the 8 months’ French oak ageing. In contrast, the Hexagon Setúbal 2008, made from 6 grape varieties, had a complex mix of fruit, including cherry, plus black pepper and tannins with some salinity present on the palate too.

Armit Wines had a selection from Quinta de Falorca in the Dão region of Portugal. Their Quinta da Falorca Touriga Nacional 2005, aged in new French oak, was full of black fruits, pepper and spice notes, while their Quinta da Falorca Garrafeira Old Vines (80+ years) 2004 from a single vineyard showed even greater concentration of aromas and flavours. 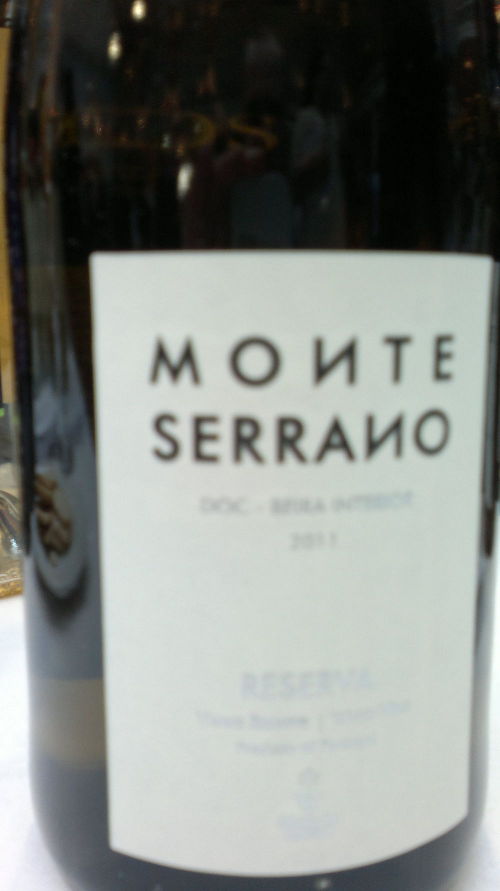 Adega da Covilhã had some interesting wines from this lesser known region of Portugal on the Spanish border, characterised by hot, dry summers and long, harsh winters. Their Monte Serrano Reserva 2011 was a delicious surprise. Made from indigenous grapes (Síria and Fonte Cal, the latter often giving a woody character when aged), had perfumed citrus notes of lemon, lime and orange blossom. Their Conde Julião 2011, made from Síria and Fernão Pires, had a golden hue with a tinge of green and a fresh, clean character with crisp acidity and a slightly vegetal character. This wine would make a good pairing for asparagus.

Valle Pradinhos hail from this area, to the east of Vinho Verde and have plantings of international and indigenous grapes on their 100-year old family estate. Their Valle Pradinhos 2011 white, from 80% Riesling and 10% each of Gewurztraminer and Malvasia Fino, was highly aromatic, the Gewurztraminer lending some rose petal notes in addition to the stonefruit aromas. The Rosé 2012, from Touriga Nacional and Tinta Roriz, had an intense pink colour, bags of fruit and a smooth finish. My favourite of the reds was their 2008, made from Touriga Nacional, Cabernet Sauvignon and Tinta Amarela, with notes of fruits of the forest and gentle cedarwood spice.

Although many superb non-fortified wines are produced in the Douro region, the area is still best known for its Port production. 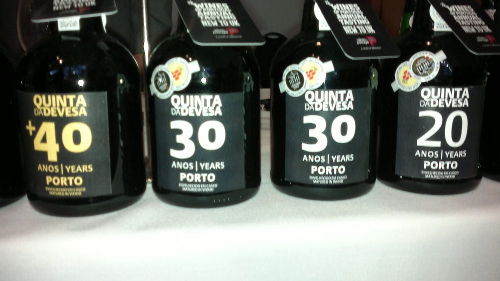 Quinta Da Devesa offered both and I enjoyed their Branco 2010, made from Malvasia Fina, Viosinho and Fernão Pires, which was light and aromatic with hints of pear and tropical fruit. The Rosé 2011 had strawberry and raspberry notes and would make a good pairing for salmon dishes. However, their Tawny Ports were the real winners and the stunning Porto Quinta da Devesa 30 Anos was the pick of the bunch for me. With intense aromas on the nose, in particular honey and coffee and a raisin and caramel-like unctuous palate, this was a sheer delight. I also enjoyed Graham’s Quinta dos Malvedos Vintage Port 2001, from Symington Family Estates, which was rich, floral and fruity with subtle smoky notes and a powerful finish. Finally, Bacalhôa Moscatel de Setúbal 2000, available from Ehrmanns, had bags of caramel and raisin flavours and was another style of sweet wine to savour.

So there we are then – a brief round-up of some interesting wines from the tasting. Portugal, as a wine producing country, is definitely one to watch, as it goes from strength to strength and I hope to see many more Portuguese wines becoming available in the UK in the coming years.