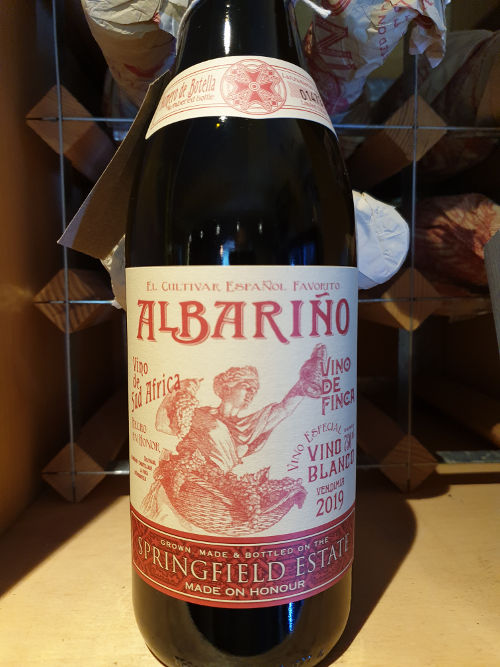 Figures from across the wine trade have been urging us all to support the South African wine industry now more than ever. Restrictions on domestic sales have hit hard. So exports - around half of South Africa's wine is exported - remain even more vital to the country's wine producers' present and future existence.

When lockdown started at the end of March, the South African government banned the sale of alcohol within the country. This lasted nine weeks until 1st June and for five of those weeks, exports of wine were prohibited too.

However, with the country experiencing high rates of Covid-19, the ban on domestic sales was reinstated on 12th July, in order to free-up hospital beds occupied by patients with alcohol-related injuries.

This latest blow has been widely described as devastating. A recent report in the drinks business reported that during the initial lockdown, the South African alcohol industry lost the equivalent of £852.8 million in revenue. Additionally, there was a loss of £142.1m in excise tax due to increased sales of illegal alcohol products. The wine industry alone has already suffered direct losses amounting to over £142 million.

As well as the financial blow, the socio-economic impact is grim with around 18,000 jobs estimated to be at risk. Wineries and grape growing farms also face potential closures and redundancies, exacerbating existing high poverty levels. 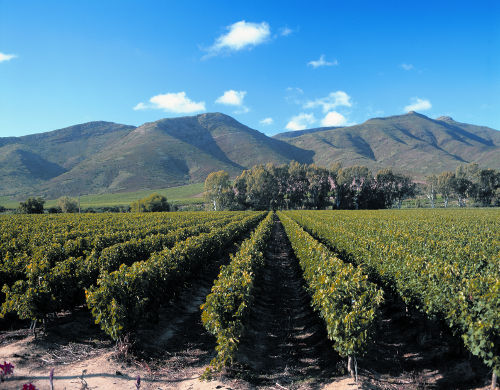 Vineyards and mountains around Robertson: image by Hendrik Holler

Few (if any) countries deliver a better value/quality ratio for wine than South Africa. There are some truly amazing wines sold at prices that are a fraction of what would be charged for similar quality from other areas of the world. Whether crisp Chenin Blanc, mouth-watering Chardonnay, classy Cabernet, complex Bordeaux blends, premium Pinotage or stylish Syrah among a plethora of styles, there's a wine for everyone.

Most South African wines are varietally labelled, making it easy to search for the wine style you want. There's plenty of innovation too and so, to show my support for the industry, I decided to try a South African Albariño for the first time.

Springfield Estate lies in the Robertson Valley in the Western Cape. Since the end of the nineteenth century, this family-run winery has been owned by descendants of French Huguenots, who came to South Africa from the Loire in 1688. It's now in the hands of the ninth generation.

The terroir is mixed, with rocks a dominant feature, as well as lime-rich and sandy loam soils. Winemaking is largely minimal intervention with wild fermentation typical and many wines are unfiltered and unrefined. 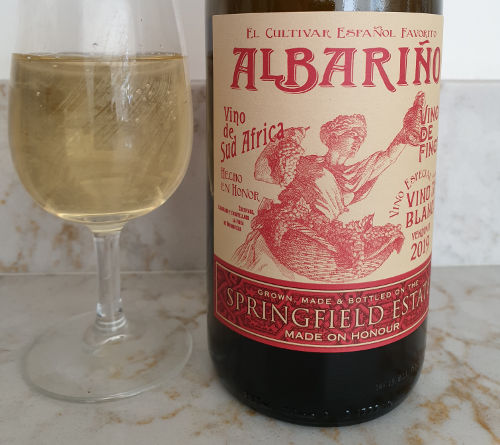 Springfield Estate Albariño is made from 100% Albariño and is 13.5% ABV. It's available for £16.95 from Cellar Door Wines, which stocks a particularly good selection of South African wines within its varied range.

Nose: aromatic and floral with notes of apricot, nectarine and honeysuckle.

Palate: full of ripe, juicy stone fruit deliciousness with a saline and mineral edge plus a slightly savoury, creamy richness and a hint of green almonds that perfectly balance the fresh acidity.

Food match: Albariño makes such versatile wines that are so easy to enjoy on their own or with many different types of food. This expression is quite a full-bodied wine that's clearly dry (residual sugar 2.0 g/L), but has a core of luscious, ripe fruit that enables it to complement many dishes. These include richer scallop and other seafood options or white meats, to lighter alternatives such as grilled halloumi with grilled or griddled peaches and chicory (I tried that once - it's delicious!).

So, if you've never bought South African wine before or if you're a seasoned fan, do show your support for the industry and buy a bottle or two at this crucial time.

Further information on South African wine can be found on the official Wines of South Africa (WoSA) website.