Les Vignobles Foncalieu is one of France's best known co-operatives with 4000ha under vine. Founded in 1967 and based at Arzens in the heart of the Languedoc, they bring together 650 wine growers between the Corbières mountain range and the Mediterranean. This large area stretches from the Canal du Midi to the Cité de Carcassonne, covering several Occitanie appellations and PGIs. These comprise Minervois, Saint-Chinian and Corbières (PDOs) plus Pays d'Oc, Coteaux d'Enserune, Vallée du Paradis and Cité de Carcassonne (PGIs).

With a reputation for innovation, quality and fresh styles of wine, Les Vignobles Foncalieu is now recognised as one of the 50 most famous wine brands in the world. Specialising in white and rosé wines, accounting for 60% of the company's production in 2018, they were also the first Languedoc producer of Sauvignon Blanc. Environmental considerations and sustainability form an important part of their philosophy. Therefore, they have introduced several initiatives, including organic farming, solar panels at their headquarters and improved working conditions. Additionally, they employ a 'mating disruption' technique to combat the European grapevine moth, using synthetic pheromones instead of chemical insecticides. A commitment to sustainability and the challenges raised by climate change means that wine growers are also encouraged and supported by the company for research and development projects. 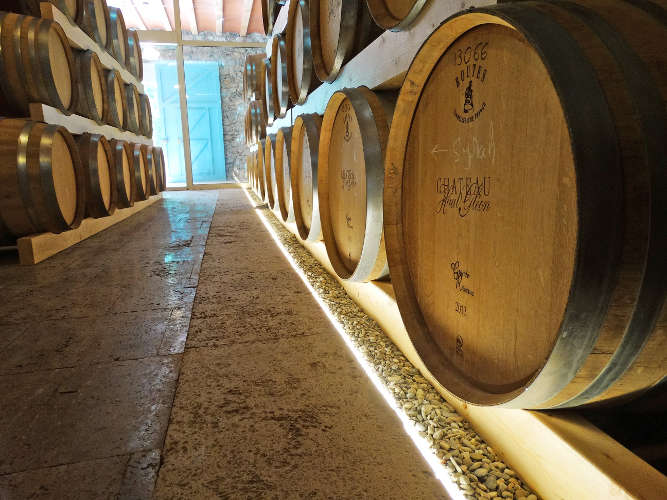 With an eye on the future, in 2012 Les Vignobles Foncalieu purchased the historic Château Haut Gléon in Corbières. Following extensive renovation of the estate, they have won several awards for the wines. These include Decanter 2017 Silver Medals for the Château Haut Gléon Rouge 2014 and Château Haut Gléon Blanc 2015, both packaged in the uniquely elegant, bespoke estate bottle.

Underlining their credentials for innovation and forward-planning, Les Vignobles Foncalieu have also introduced new grape varieties to the region, as chief agronomist Gabriel Ruetsch explains. "In 2009, we began thinking about the grape varieties best suited to climate change and brought to the table an array of varieties chosen for their freshness and aromatic potential." These include Albariño, Sauvignon Gris and the extremely rare Piquepoul Noir, the latter two both fermented as rosés. The company is also focused on new disease-resistant varieties, a program started in 2010 and which now cover 5 hectares of vineyards. According to Gabriel, they will be the first company to market wines from such grapes starting with the 2018 harvest.

Sales of the company's rosés have grown by 53% in value over the past three years. This commercial success stems from the expertise of its 650 wine growers who use techniques such as night-time grape harvesting and rapid pneumatic pressing to preserve aroma and freshness in the wines.

Les Vignobles Foncalieu have now produced a new rosé, their first under the Languedoc AOP, as part of its 'Signature' range. Paradis Secret is a traditional Languedoc blend of Syrah, Grenache and Cinsault, sourced from east-facing hillside vineyards on calcareous limestone soils overlooking the Mediterranean Sea. This wine perfectly complements a range of ten rosés, labelled PGI Vallée du Paradis, Coteaux d'Ensérune, Pays d'Oc and PDOs Corbières and Minervois. "Our ambition, day in, day out, is to promote our home region of Languedoc - in our opinion still an unsung paradise - by revealing some of its secrets, as with this new label", explains Alexandra Ladeuil, export sales and marketing director. The eye-catching bottle is the new 'Garance' model, recently developed by glass manufacturer O-I. Sporting a streamlined shape, frosted texture and glass closure, the innovative packaging is very much in keeping with Les Vignobles Foncalieu's modern image. 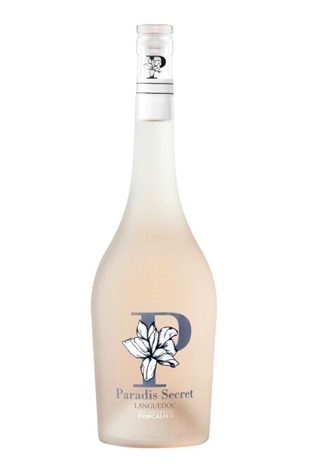 An attractive pale salmon pink colour greets the eye. The nose is immediately floral with aromatic notes of white blossom and magnolias plus fruity tones of peach, nectarine, wild strawberries and a hint of lime in the background. The palate is dry with similarly fruity notes of stone fruit and strawberries, lifted by a refreshing lemon and lime-fresh acidity. Maturation on fine lees in stainless steel tanks adds a touch of finesse and roundness to the mid-palate and the finish shows decent length with a hint of grapefruit.

Paradis Secret 2018 (13% ABV) is a fresh and crisp Provence rosé that's modern, elegant and sure to please thirsty wine lovers, particularly during the warmer summer weather. It's imported by Fine Wines Direct, RRP £11.

All images provided by In The Mood LR.