This Saturday is, of course, the Fourth of July, American Independence Day. So what better way to mark the occasion than an invigorating bottle of Californian wine from one of the USA's most famous wine families! 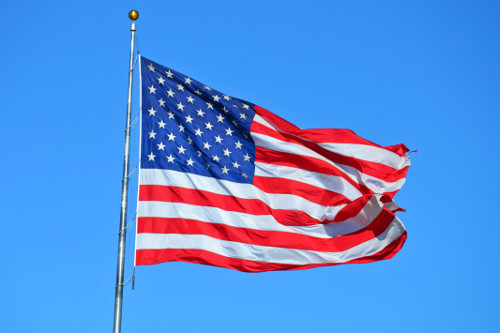 Since 1993, La Crema has been part of Jackson Family Wines, a collection of premium wineries along California's cool coastal ridges, owned privately by Barbara Banke and the Jackson family. Originally founded in 1979 in the Russian River Valley before the region had become renowned for its Pinot Noir and Chardonnay, La Crema expanded its vineyards to include other esteemed Californian sites, including Sonoma and Monterey.

In addition to these two Burgundian varietals, the winery also grows Pinot Gris, producing an acclaimed wine from this fashionable grape.

Monterey, as a wine region, was rediscovered in the 1960s (it was originally planted over 200 years ago by Franciscan friars, but the vines withered). It is now one of the largest premium grape growing regions in California with over 16,000 hectares of vineyards. La Crema's vineyards are located in cool climate, windy sites with well-drained, marine-based soils and are all harvested by hand.

The original name of the vineyard was La Crema Vinera, meaning 'best of the vine'.

The Monterey site, where the Pinot Noir for this wine is grown, benefits from the cold winds that blow in from the Pacific Ocean across the 90-mile long valley. This mitigates temperatures and extends the growing season, resulting in one of the coolest wine areas of California. Winemaking techniques such as picking the grapes at night or during the cool early morning hours, cold-soaking for three days at 48°F and punching down three times a day during fermentation, allow La Crema's wines to express their pure, terroir-based varietal character.

A wet winter brought much needed rain to the vineyards. The first signs of budbreak appeared in late February and a mild spring with intermittent rains promoted healthy canopy growth. Bloom began in April and was thankfully unhindered by any late spring rainfalls. A typical Monterey summer with warm days and cool nights enhanced the fruit development and the first grapes were harvested September 5th.

Palate: a deliciously food-friendly, soy sauce-like umami hit with an edge of salty liquorice, bolstered by juicy notes of blood orange, raspberry and cranberry, a vein of minerality and fresh, balanced acidity. A light touch of oak with subtly integrated woody, toasty spice on the mid-to-end palate and fine tannins.

La Crema Monterey Pinot Noir 2017 is available from winedirect for £22.95 per bottle.