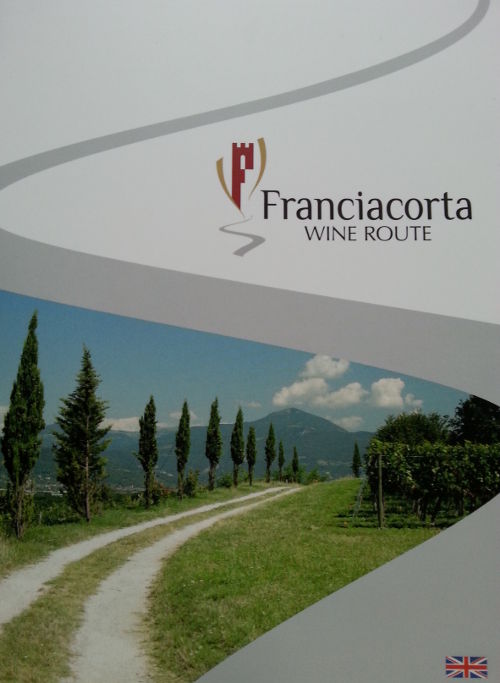 Franciacorta is Italy’s best known, traditional method, quality sparkling wine, made from Chardonnay and/or Pinot Noir. Additionally, a maximum of 50% Pinot Bianco is allowed in the blend. In 2012, 14 million bottles were sold globally (25% up on the previous year), but only 8% were in export markets, mainly U.S., Japan, Germany and Switzerland. With Franciacorta relatively unknown in the UK, the Consorzio is now opening an office here, in order to increase sales and to gain a foothold in the key market of London.

With archaeological evidence showing that vineyards were set up by the Romans in France, Italy can boast a strong tradition of European winemaking. Yet how many wine lovers in Britain are even aware of Franciacorta? Prosecco has become a particularly trendy tipple in London, so can the ultimate in Italian sparkling wine become better known? Time will tell, but a few points stand out for me:-

For the on-trade, restauranteurs and sommeliers are in an excellent position to match Franciacorta with food and, therefore, bring this style of wine to a wider audience. Indeed, there are five distinct flavour styles, partly based on the amount of lees ageing, which starts at 18 months+ (Franciacorta, Satèn, Rosé, Millesimato and Riserva), with variations within (Brut, Extra Brut etc.). All these styles can go well with many different food types and not just Italian cuisine, but also Asian, particularly Japanese.

The situation may be more challenging for the off-trade, as supermarket and specialist wine shop consumers are increasingly being enticed by the burgeoning excellence of English sparkling wine and the continued reputation of Champagne. Also, whereas the labelling of many bottles is linked to family and tradition, this might not be enough to win over a new, demanding, image-conscious or financially aware audience, who may have never heard of Franciacorta. Premium wines at premium prices (Franciacorta is not cheap) need to have premium packaging, i.e. the label should be inviting, exuding a classical elegance recognisable to its target consumer base or a modern, clean, sleek and high-quality image. The rebranding of Nyetimber is a case in point. This top English sparkling wine producer, already an award-winner, nevertheless took the decision to change its labelling and has continued to garner further praise from all quarters of the wine trade.

Franciacorta has its own identity and a fine heritage. The Italian Embassy in London recently hosted an event, which highlighted this proud tradition of quality sparkling wine production in Italy. A debate with wine industry experts was followed by a tasting of two wines each from 19 producers. A few of my favourite wines are as follows:-

Lo Sparviere Franciacorta Rosé (80% Pinot Noir, 20% Chardonnay), aged for 25 months on its lees, is an elegant, aromatic, fruity and ultimately delicious example of this style of Franciacorta. Superb!

Majolini Brut Millesimato "Electo" 2005 (80% Pinot Noir, 20% Chardonnay) has been aged for 5 years on its lees. The result is supremely elegant, clean and fruity with notes of grapefruit and baked apple plus minerality from the limestone soil. The same producer also had at the tasting a very good non-vintage Franciacorta Brut.

In 2011, Biondelli began to cultivate its vineyards according to organic and sustainable farming practices. Their 100% Chardonnay Franciacorta Brut had 24 months ageing on its lees. This showed notes of citrus, cream and caramel with some salinity. How about pairing this with salted caramel chocolate or equivalent sweet courses? Biondelli’s stylish Franciacorta Satèn, also made from Chardonnay, but with 30 months’ lees ageing, is more delicate and floral with notes of white peach and some minerality. This wine is already available in the UK from Berry Bros. & Rudd.

La Montina offered their Franciacorta Brut, made from 95% Chardonnay and 5% Pinot Noir, aged on its lees for at 24 months. With floral and grapefruit notes, I think this would make a superb match for smoked salmon. Their Franciacorta Aurum Millesimato 2007, made from 40% Pinot Noir and 60% Chardonnay and aged on its lees for at least 38 months, was unsurprisingly richer with citrus and yeasty notes combining beautifully.