All images and video by Robin Goldsmith 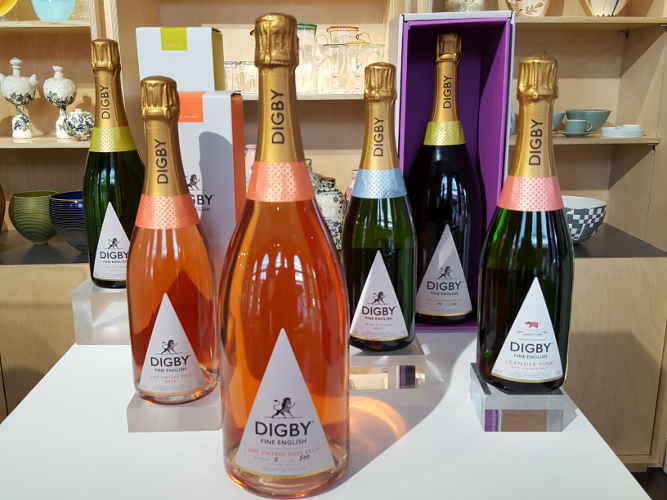 Heard the one about an Englishman, American and Irishman? No? What if I throw in a partnership with the world's most successful single sport club? Still no? Well let me explain by going back four years ago to a warm summer's afternoon in London's Regents Park.

In June 2013, I discovered Digby Fine English at The Taste of London event, where they were showcasing the upcoming launch of their inaugural 2009 Reserve Brut and 2009 Rosé Brut. Since then, the company has added two more sparkling wines to its range - a non-vintage Brut and Leander Pink, a non-vintage rosé which is the official sparkling wine of the world-renowned Leander Club, whose members have won no less than 123 Olympic rowing medals. 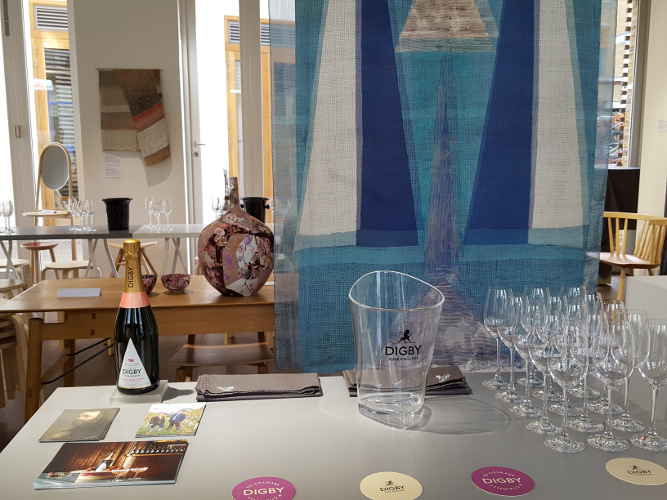 Digby Fine English, co-founded by American Trevor Clough and Englishman Jason Humphries, takes its name from Sir Kenelm Digby, the 17th century philosopher, theologian, writer, pirate and inventor. He was also the owner of a glassworks and, after developing a special technique for manufacturing wine bottles, he became known as the 'father of the modern wine bottle'.

As the original négociant-style English sparkling wine brand, Digby Fine English sources Chardonnay, Pinot Noir and Pinot Meunier grapes from vineyard partners in southern England, before blending at Wiston Estate Winery with Irish winemaker Dermot Sugrue, whose magic touch is responsible for some of this country's best wines. The resultant traditional method sparklers are full of aromatic and fruity finesse, sophistication and structure with fresh, crisp acidity, an understated elegance plus a sense of fun and adventure. Now what could be more EnglishAmericanIrish than that?

On 18th July 2017, Trevor and Jason celebrated the launch of their 2009 Vintage Rosé Brut Magnum and four-year anniversary of when they boldly burst on to the wine scene with their original two releases from that year. This exuberant mid-summer toast to the joy of Englishness and top quality winemaking fittingly took place at Contemporary Applied Arts, a beautiful arts space in central London, founded in 1948 specifically to promote and champion the best of British craftsmanship. 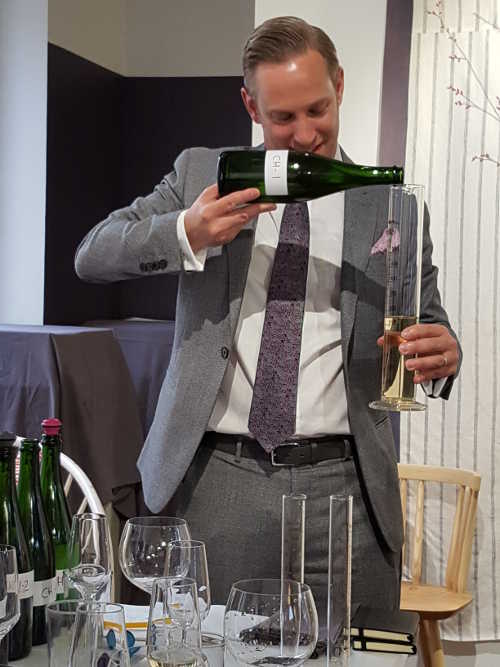 A lesson in blending Chardonnay by master blender, Trevor Clough!

The evening started with Trevor leading a masterclass of blending, allowing us first to taste three contrasting, single-vineyard Chardonnays from 2015, grown on different soils across the south of England (Hampshire, Dorset and West Sussex), the last vinified in old Burgundy barrels to add more texture, before we tried a blend of the three. Each expression showed a unique character, terroir-driven, pure and vibrant with defined fruit characteristics and texture. "Punch, energy, oomph and site - that's England in a glass", as Trevor eulogised with gusto.

Following the hugely enjoyable and instructive blending salon, celebrations continued as more guests arrived, with canapés accompanying many quickly emptied glasses of Digby sparkling wine, while Trevor spoke about the Digby vision. However, the starring moment of the evening's party was … drum roll … the unveiling and opening of the first Magnum of their Vintage Rosé 2009, four years after I first tried it and well worth waiting for!

Trevor Clough explaining why Digby's wines are just so darn delicious and food-friendly,
before the official unveiling and opening of the 2009 Vintage Rosé Magnum #1!

Dreamy, delectable and downright delicious, this demonstrates perfectly why magnums are the best way to enjoy top quality, traditional method sparkling wine. Sophisticated notes of red summer berries, flowers and beautifully integrated, fine autolytic elegance with a smoky backbone from seven years ageing grace this wine. Only 500 Magnums were made, so be quick if you want to buy one (RRP £89.99). 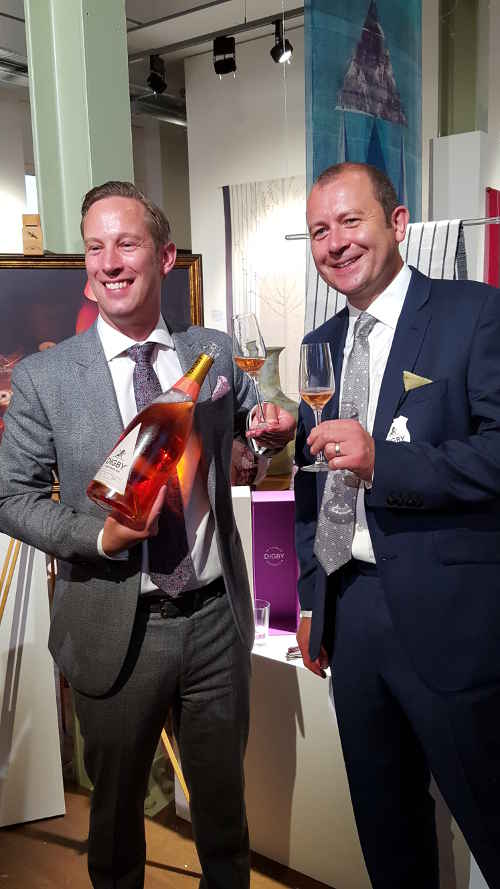 The following day, Trevor and Jason had something else to celebrate, as they scooped the trophy for "Best Sparkling Classic Cuvée" for their Vintage Brut 2010 at the UK Wine Awards. What a journey they've been on! It takes a forward thinking, passionate mindset to, in Trevor's words, "make this island loved all over the world for its wine" and choosing the best vineyard partners they can is key to their business model. "We are négociants obsessed with terroir", he explains, "so we try to produce the best wines we can by bringing parcels together from the best vineyard areas." … and having been the first journo to write about them, I've followed their journey with interest! Time to raise a glass to toast the next chapter in the history of Digby Fine English. Cheers!