Chile – a land of 'dynamic change' 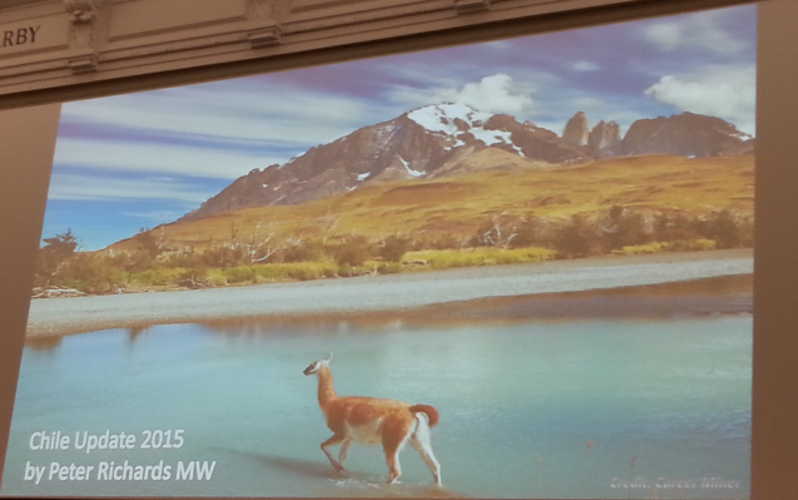 All images taken by Robin Goldsmith, unless otherwise stated.

Chile is a unique country, reflected by its distinctive shape and topography. Very long (almost 2,700 miles) and unusually narrow (only 112 miles wide on average), the country is bordered on the west by the Pacific Ocean and on the east by the Andes mountain range. At the southern end are the Patagonian glaciers, its northern border contains the world's driest desert, the Atacama and in the centre lies a diverse landscape including lakes, rivers, forests and volcanoes. Together with the country's Mediterranean-style climate, all of this creates a hugely varied terroir well-suited to viticulture. 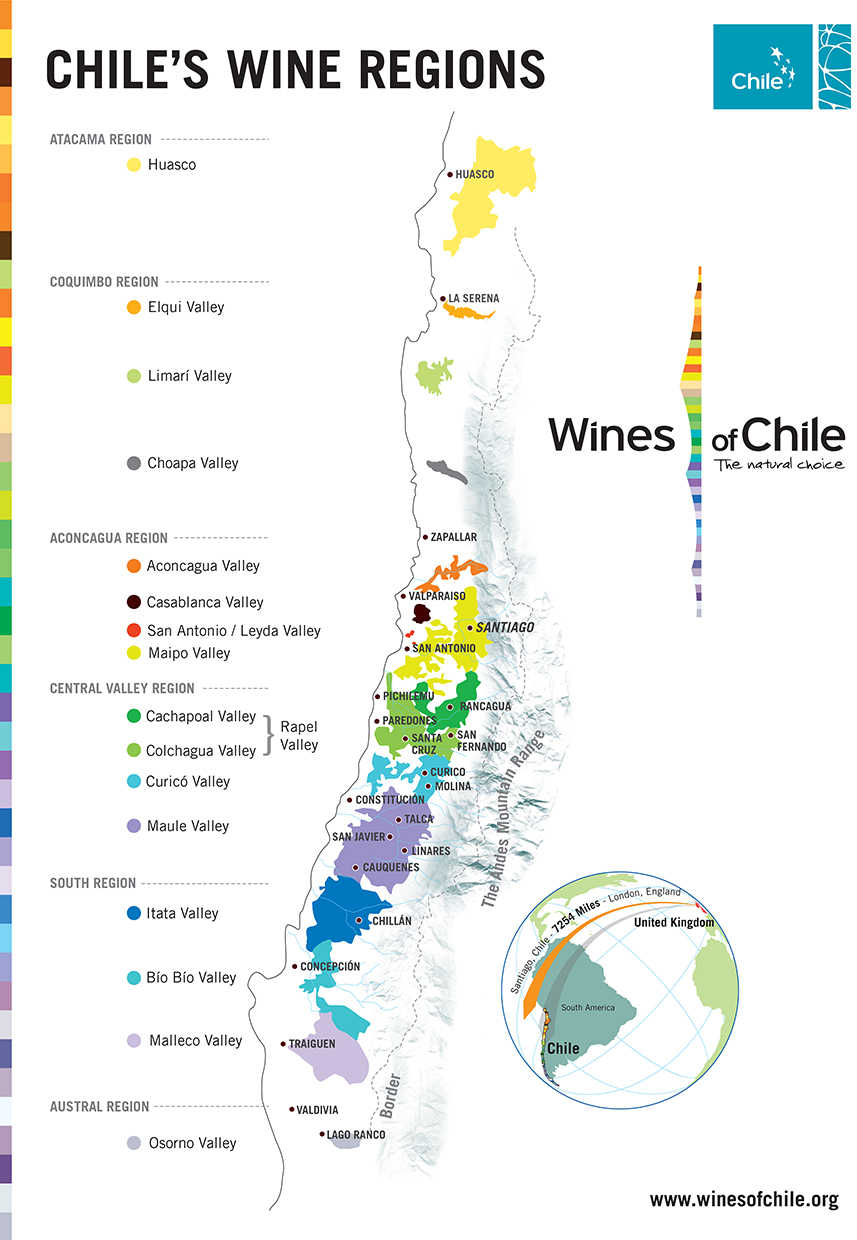 Chile's wine history is almost 500 years' old, with the first vitis vinifera vines brought over by Spanish 'conquistadors'. However, it was only in the mid-19th Century that the classic French varieties, for which Chile is so well renowned today, were planted. These include Cabernet Sauvignon, Merlot, Chardonnay and Sauvignon Blanc. Carmenère also arrived from Bordeaux, but was not properly identified until 1994! Unlike most wine-producing countries, Chile's vineyard areas are phylloxera-free and since the vines are growing on their original rootstocks, Chile has some of the oldest recorded fruit-bearing vines in the world. Additionally, unlike most European vineyards, there can be more variation in wine style moving shorter distances inland away from the coast, compared to the huge North-to-South length of Chile's wine growing regions. 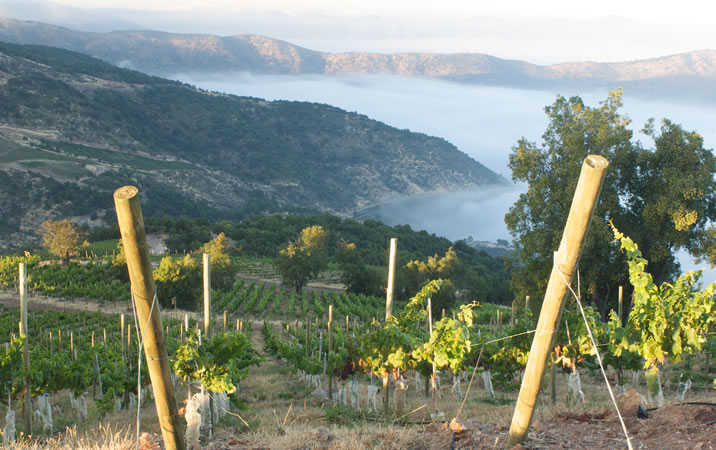 According to Wines of Chile, the total area under vine in 2013 was over 130,360 hectares (74% red, 26% white) and the total wine production in 2014 was 992 million litres. Significantly, Chile is continuing to grow its sales overseas and is now the fourth largest exporter of wine in the world, with both the USA and UK being key markets. The two most planted grape varieties are Cabernet Sauvignon (over 42,000 hectares) and Sauvignon Blanc (over 14,000 hectares). 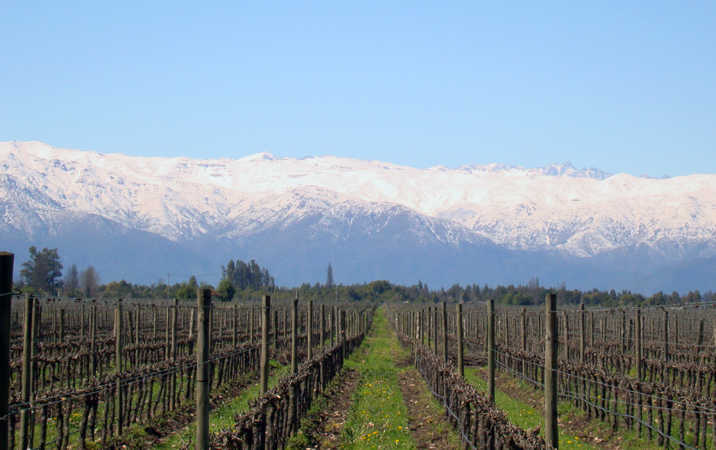 With many years of successful winemaking, it would be tempting for the Chilean wine industry to rest on its laurels, but quite the reverse is occurring. With a reputation of producing steady, safe wines with little variation in vintage, it has been too easy to ignore the quality, premium ranges that have lain hidden beneath the market-driven, cheap and cheerful Merlots and Sauvignons. However, Chile's winemakers are now on a renewed mission to reinvigorate 'brand Chile', championing good value (particularly between £7 and £15 per bottle), rather than cheap prices and reviving an understanding of the country's viticultural heritage, diverse terroir and potential for excellence. Indeed, premium wine sales have already risen with figures showing a 22% increase for wine over US$10. Furthermore, rather than grubbing up old vines, companies like Torres are continuing to make wine out of País, (aka Mission in California or Criolla in Argentina), one of Chile's oldest grape varieties. Some of these vineyards are direct descendants of the first vineyards planted in the new world in the sixteenth century, predating the Médoc, for example, by 100 years! 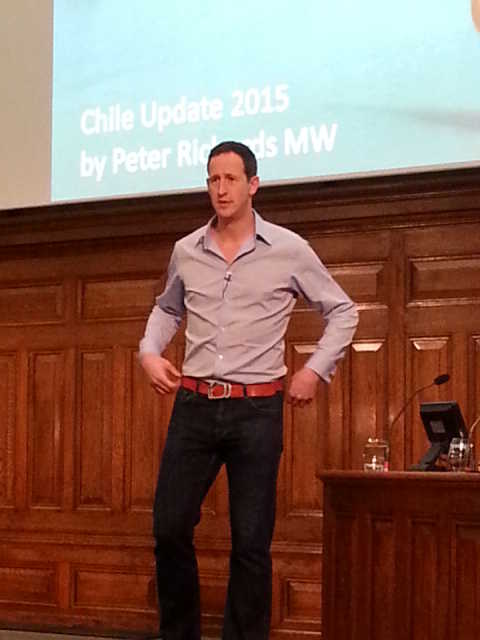 This 'dynamic change' was the central theme of a recent seminar given by Peter Richards MW on the Chilean wine scene in 2015. To this end, he described how vineyard area is also expanding into new regions, from north to south and east to west, including plantings at up to 3,000 metres altitude in the Atacama's Huasco Valley. "Making great wine is about marginal viticulture and pushing back the boundaries", Richards explained. 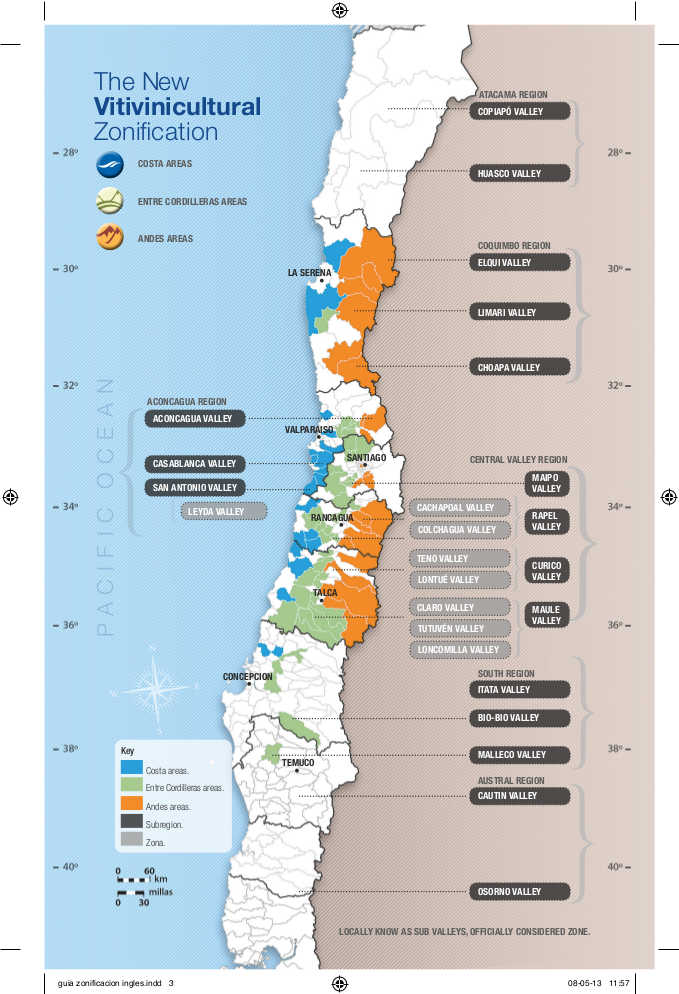 As a result of this expansion, Chile's D.O. (Denominación de Origen) now includes these regions, as well as special geographical indications to denote proximity to either the Andes or Costal mountain ranges, the Pacific Ocean or an area in between (Entre Cordilleras). 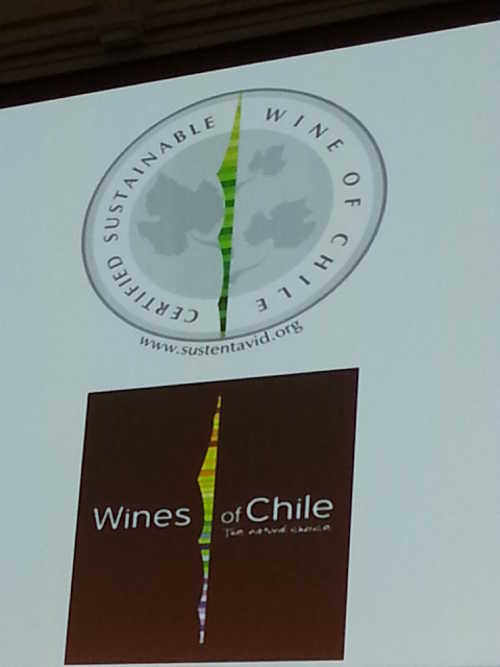 Sustainability is an increasingly important concern too, with economic, social and environmental benefits and since 2010, there has been a Chilean Code for Sustainable Wine Production, which among other things, focuses on more efficient use of energy and water resources. Additionally, organic and biodynamic farming are on the rise, although full certification may be too costly for some producers. 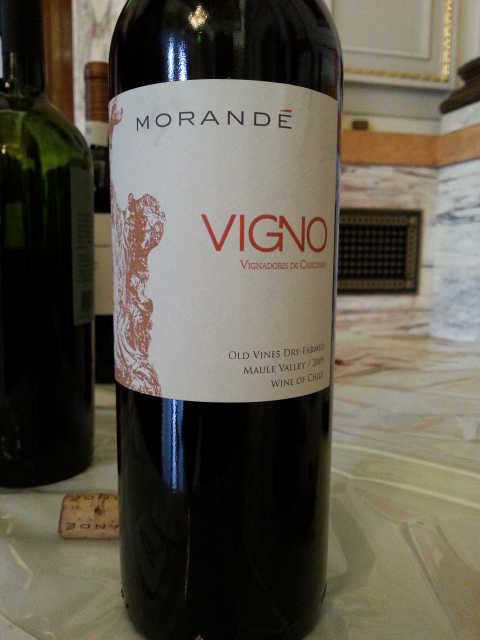 Another development which further illustrates the direction in which Chile is going is VIGNO, a collaborative project promoting old vine Carignan wines from vineyards in the Maule region planted in the 1940s. If certain conditions are fulfilled, including using a minimum of 65% Carignan from vines which are at least 30 years old, then a bottle can be labelled with the VIGNO trademark.

Following the seminar, there was an opportunity to taste around 65 premium wines, including 12 specially highlighted by Peter Richards, all of which demonstrate both regionality and, in Richards' words, "something new and exciting". Some top picks out of these include:- 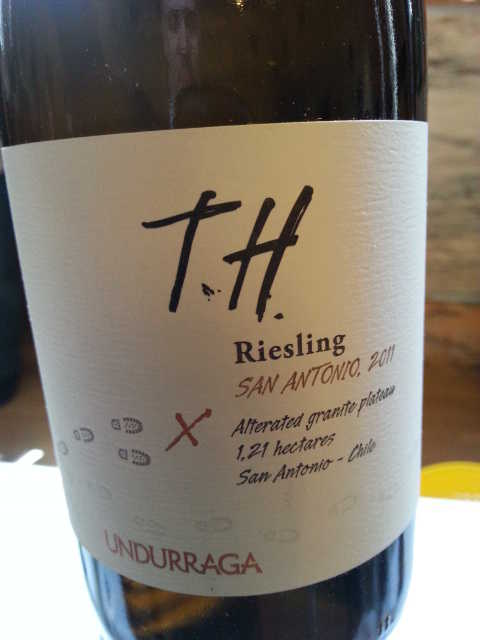 Mineral, floral and fruity with apple, white peach and lime notes plus savoury hints too. 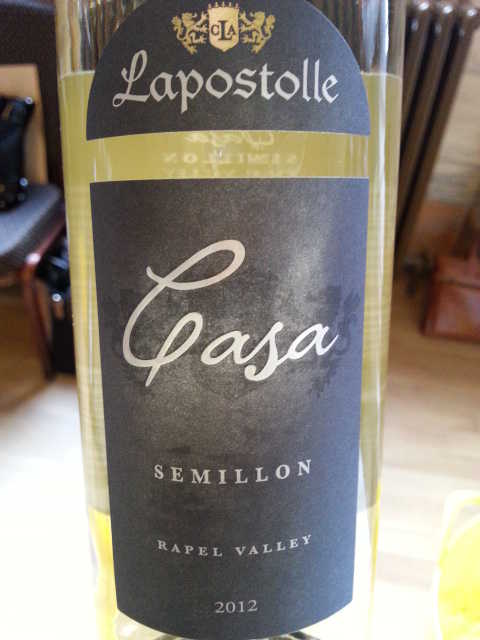 Medium bodied with pear, lemon and honey notes plus a good finish. 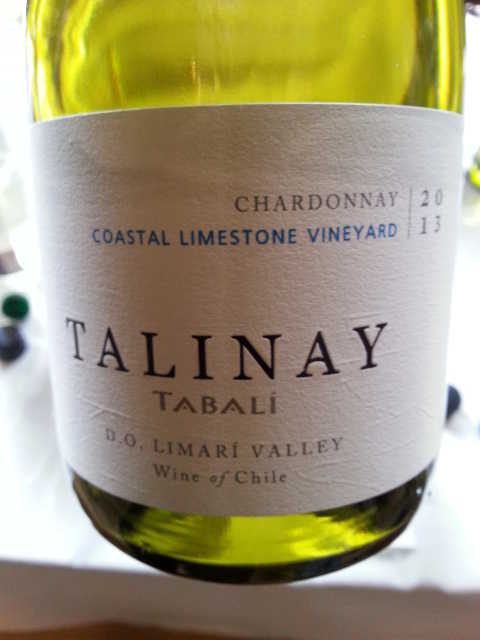 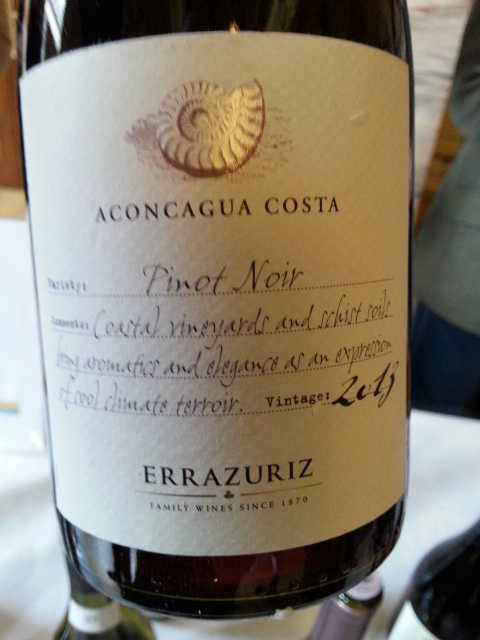 Elegant, fruity (red berries) and savoury with orange peel notes on the finish. 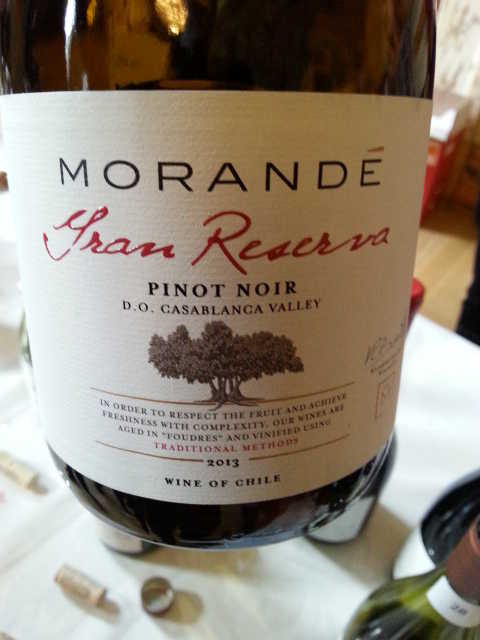 Fruity and floral with soft notes of cherries and strawberries, complemented by savoury and saline touches. 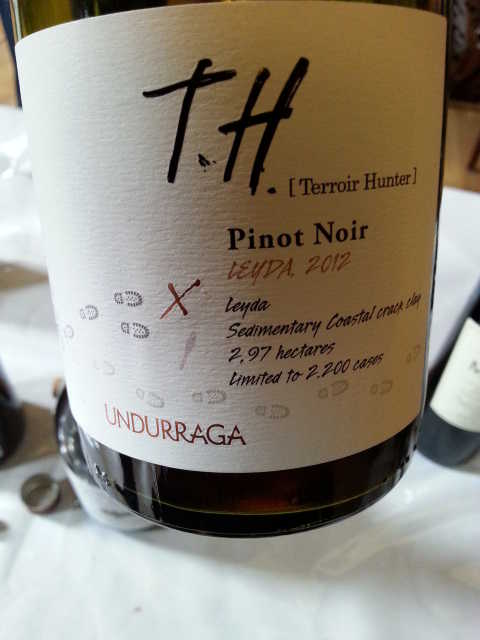 Notes of plums and cherries with good acidity and tannins.
Fresh, fruity and fun with hints of cherries, plums and liquorice plus good tannins.
Organically made with notes of cherries, black fruit, spice, violets and herbs. 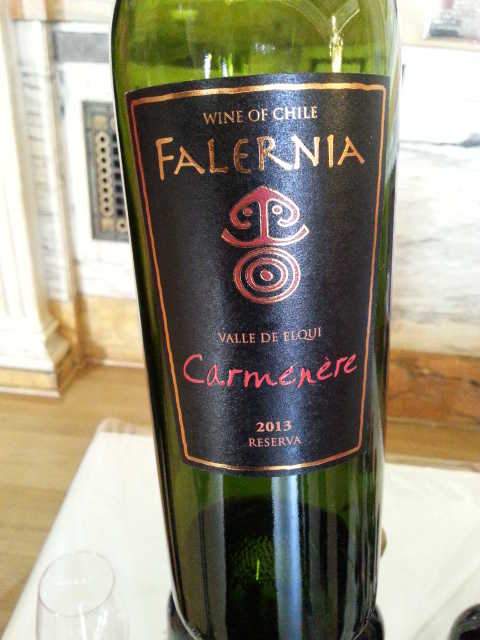 Smooth notes of cherries and spice, an elegant savoury edge plus a hint of green peppers. 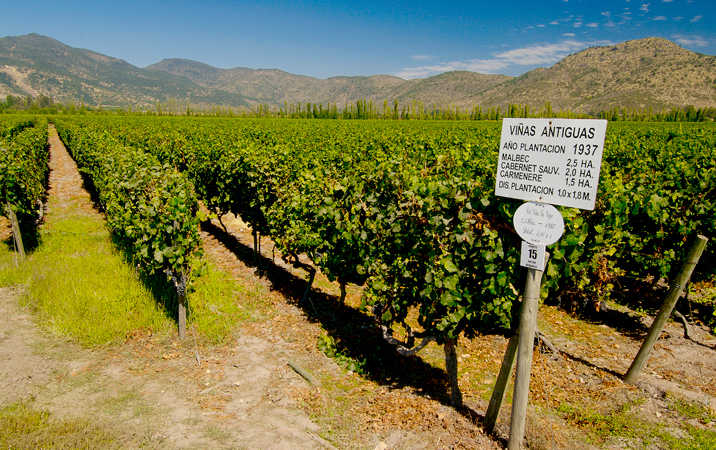 There is a real change in the vision of Chile's wine makers with a renewed dynamism that lays a strong foundation for the country's long-term wine vision. As Fernando Almeda, Miguel Torres Chile’s Technical Director and Oenologist, says: "We're rescuing our history; our heritage. Chilean wine has been developing so rapidly that we've lost sight of where we've come from." By rediscovering and reinvigorating Chile's past, visionary winemakers like Almeda can help set the agenda for Chile's wine future. … and this is a future most definitely worth waiting for.