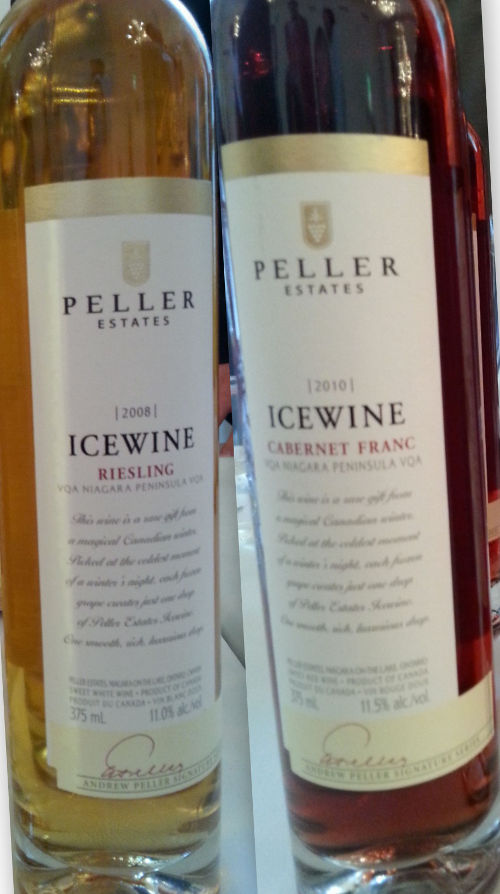 The Canadian wine industry recently held a tasting in London to raise awareness of its impressive portfolio. Known to many as a producer of high-quality icewines – dessert wines produced from the juice of naturally frozen grapes hand-picked in winter – Canada also offers a range of dry and sparkling wines to rival many of the world’s famous regions. Given the country’s cultural history, it is not surprising that French influences are strong, all the more so as Canada’s primary wine growing areas share the same latitude as much of France. Cool climate grapes are often planted, such as Riesling, Cabernet Franc, Pinot Noir and Gamay, but Cabernet Sauvignon, Merlot and Syrah can also be successful. International recognition and plaudits from industry experts and key members of the wine trade have increased interest in these wines. For example, earlier this year, Jancis Robinson praised Church & State’s Coyote Bowl Syrah 2009 as “luscious” and tasting “stunningly recognisably of the northern Rhône's grape, but not overly marked by the American oak in which it was matured.” In the International Wine Challenge 2013, 6 Canadian icewines won Gold medals and there were a further 16 Silver, 25 Bronze medals and 25 Commended awards encompassing all wine styles. Below are tasting notes from three of my favourite wines in each category.

Made from a blend of 57% Pinot Noir, 22% Chardonnay,15% Vidal and 6% L’Acadie, this is an elegant example of a Canadian sparkling wine with fine bubbles and a delicate mousse that one would expect from the Méthode Classique by which it is made. An aromatic nose of berries, pears and brioche is followed on the palate by notes of pear, melon and a gentle hint of citrus with minerality and a touch of salinity too.
Made with hand-picked Chardonnay and Pinot Noir with the addition of some Vidal Icewine, this was full of ripe fruit, particularly melon, peach and apricot. The finish offers a light, fresh and satisfyingly sweet sensation on the palate.
Light lemon, apple and crème brulée notes on the nose and palate lead to a fruity and creamy finish with hints of pineapple, toast and a well-balanced minerality.

This award-winning off-dry Riesling varietal has a beautiful apple, melon and lime character with minerality and well-balanced acidity.
Another aromatic and crisp Riesling which has notes of apple and apricot on the nose and palate and well-defined minerality.
A superb example of an oaked Chardonnay with lime, orange and spice notes on the nose, followed by citrus, melon and apple on the palate and a creamy finish with hints of toffee.

Made from a Bordeaux blend of predominately Cabernet Sauvignon, Cabernet Franc and Merlot plus a hint of Gamay, this is a complex wine with notes of black fruit, coffee, herbs and liquorice on the nose and palate.
On the nose, notes of red pepper, tomato and red fruit; on the palate, plenty of structure with roasted tomato, spice and raspberries. Cabernet Franc is particularly well-suited to the hot summers and cool winters of the Niagara Peninsula and this wine confirmed that.
On the nose, intense berry fruit, quite floral and hints of spice; on the palate, ripe fruit in abundance with added notes of spice; further complexity to emerge over next few years.

An elegant icewine with apple, apricot and citrus flavours to the fore and a long finish.
No surprise here - an IWC 2013 Gold-medallist, this shows notes of baked-apple and honey with hints of berry fruit. It would go particularly well with cheese or apple tart.
An IWC 2013 Silver-medallist, this is intensely aromatic with fruity and floral characteristics leading on to plum, chocolate, rhubarb and some spice notes on the palate.

As always, comparing vintages is an instructive element to any tasting. 2004 was amongst the coolest seasons on record over the last 20 years, whereas 2010 was one of the hottest and driest, so it was a real pleasure to taste wines from these years and from vintages in between. Canadian wine will attract boutique wine lovers in the UK looking for something a little more unusual, although relatively high price points may deter some consumers.

The introduction to this review was reproduced for Speciality Food Magazine, July/August 2013 edition.