Sandro Bottega: a vision for Prosecco 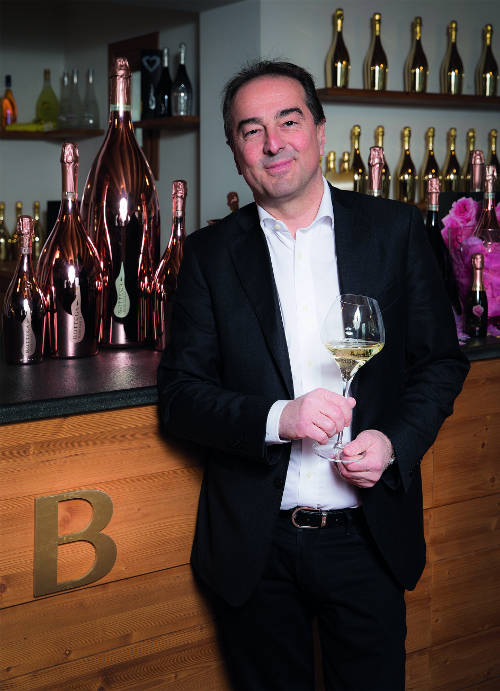 Bottega SpA is a fourth generation family-owned company, renowned for making a range of premium wines, spirits and liqueurs. They produce 16 million bottles a year and their wines are present in 150 countries, with exports accounting for 85%.

All Bottega's vineyards are certified organic and sustainable methods of production, social responsibility and environmental initiatives are central to the company's ethos. They recycle water, use 50% recycled glass with FSC-certified packaging materials and ensure all workers are officially employed, among many other ethical practices.

Owner/Managing Director Sandro Bottega believes strongly in caring for the environment, a philosophy he's carried with him since his early days and which he sees mirrored in the modern generation. "What the millennials think today is exactly what we used to think when we were younger - when we were 20 or so. Respect the environment, avoid pollution and make products in a natural way."

Since 2017, their iconic Bottega Gold Prosecco DOC has been the second highest-selling sparkling wine in Global Travel Retail, with only Moet et Chandon Champagne above. The company has won over 300 awards and Sandro Bottega was named Riedel Winemaker of the Year 2018.

"Our job is not just to make good products, but to teach the consumer about quality. We need to drink less, but drink better!"

With cheaper, mass-produced Proseccos flooding the market, Bottega's strategy is to make smaller quantities to maintain higher quality. For their Proseccos, they use specific Glera clones to add complexity, rather than a standard clone. "I am concerned with Prosecco sold at prices below the cost of production, as this conveys a bad message to the consumer", says Sandro Bottega. "We can grow quantity as far as nature allows us. Now we're at the limit, we should decrease production and make more genuine, sustainable and better quality products. Sustainability is the next challenge for Prosecco."

He firmly believes in the need to elevate the perception of Prosecco among wine drinkers, highlighting the cost of production of better quality expressions: "To cultivate one hectare of Prosecco DOCG, the cost is €12,000, while for Champagne, it's €7,500". He also notes that "Bottega Prosecco DOCG has a longevity of seven or eight years", contrasting with many cheaper releases which are meant to be drunk young.

Sandro advocates the use of a larger Burgundy glass over a flute when drinking Prosecco. "If you use a flute, you have a more refined style with better perlage, but you won't get the same quantity of aromas that you have with a Burgundy glass." He also advises waiting a few minutes after opening a bottle to let the sulphites settle down and warns against swirling the glass in order to preserve the wine's freshness.

Here in the UK, we're really not that used to matching sparkling wine and food. Yet, not only are there many styles of sparkling wine, but there are also many different types of food that could be paired successfully with them. Prosecco is no exception and Sandro is passionate about this, so much so, that there are several Bottega Prosecco bars in different locations worldwide, serving Prosecco with Italian food.

At a Zoom tasting in December 2020, four different Bottega sparkling wines - Il Vino Dei Poeti Prosecco DOC, Bottega Gold, the newly released Il Vino Dei Poeti Prosecco DOC Rosé and Bottega Rose Gold - were paired with artisan Italian foods. Sandro was clear that he wanted to change attitudes on how Prosecco should be drunk. He emphasised how it can be enjoyed with lunch or dinner, just as it is in this part of Italy. "The best way to enjoy Prosecco is during a meal, as you appreciate its quality, freshness and ability to cleanse the palate. We have to improve the knowledge of consumers, as they probably don't know this and use Prosecco as an apéritif and like a beer after work."

Bottega was one of the last producers to release a Prosecco Rosé into the market. While others were already bottling on 13th and 14th October, they extended fermentation to 75 days, 15 days longer than the regulatory minimum fermentation period. With the resultant production costs, the new pink Prosecco has a price point to reflect that, "fitting in with the needs of consumers looking for the highest quality", describes Sandro.

For him, Prosecco Rosé could eventually account for 20-25% of Prosecco DOC production and it presents a unique opportunity to improve overall perception of Prosecco quality. However, while the pink version is allowed under DOC regulations, it is not permitted for DOCG, which Sandro thinks is a mistake. Although other grapes have traditionally been used for blending and not as much Pinot Noir has been cultivated in the DOCG area, he believes the potential is there: "If one day there will be a Prosecco DOCG rosé, it will be a great product." 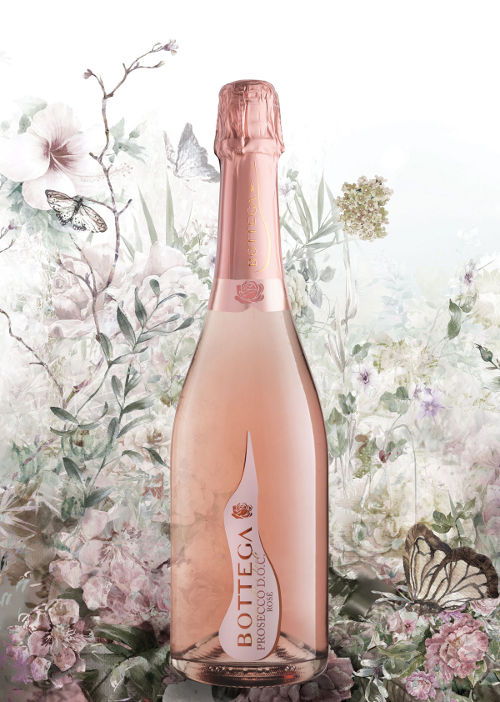 Bottega Il Vino Dei Poeti Prosecco DOC Rosé 2019 is a blend of 85% Glera and 15% Pinot Noir. Residual sugar is 10-14g/L. Bright pink in colour, the nose is floral and fruity with notes of apple, red berries, citrus and stone fruit. These notes continue on the palate, which is fresh and delicately nuanced with a slight savoury edge. An additional hint of cherry and dried herbs on the mid-to-end palate adds to the many food pairing possibilities for this wine. These include artisan curd cheeses like Cacetto, Parma ham, sushi, vegetable risotto and Caprese salad. It can also match successfully with various pizzas and simple fish or white meat dishes.

A different vision for Prosecco

It was clear from the combinations enjoyed at the tasting and at leisure afterwards (!), that Prosecco has great versatility with a huge variety of food. Cheese, pasta, pizza, BBQs, different cold cuts and preserved/marinated vegetables were mentioned and/or tried, but really the list of food pairings just keeps growing. This style of sparkling wine can also be a great cooking ingredient for adding flavour, including in a risotto.

Prosecco is one of the most misunderstood wine categories. It's a victim of its own success with ubiquitous low pricing and special offers rife, allied to an image of a light, easily-quaffable bubbly for celebrations and after work. In contrast, Sandro Bottega is committed to highlighting how Prosecco should be enjoyed and to conveying its best attributes to consumers. His wines aren't made in large quantities, but are carefully crafted with quality paramount. "I want to be known not for the number of bottles, but for the quality of our wines, made in smaller quantities to guarantee that quality", he says. A refreshing motto in today's commercially-driven world.

You can read more about Sandro Bottega's vision for the Prosecco category in an earlier article on these pages.