All images provided by the company, unless otherwise indicated.

In wine terms at least, the end of the year often seems synonymous with festive sparklers. Prosecco keeps on attracting the punters, Champagne is always there for that special occasion and supermarket shelves remain adorned with seasonal offers on different styles of sparkling wine. Cava is always an option and one of the best known producers is Codorníu, Spain's oldest family company, whose history dates back to the middle of the 16th century. Through marriage in 1659, the Codorníu and Raventós families joined forces and in 1872, the first bottles of Spanish sparkling wine were made using the traditional method. In 1984, the first Cava to include Chardonnay, Anna de Codorníu, was launched, a tribute to the last descendant to carry the Codorníu surname and the resultant brand has become the best-selling Cava in Spain. More innovations followed and now, after a decade's work, a new range has been launched, Ars Collecta, a name chosen to pay homage to "the love of things done well with a touch of Mediterranean folly and genius", referencing both the art of harvesting and art collecting.

This limited volume collection comprises five Gran Reserva Cavas that express the terroir of three single vineyard sites in very different locations - Conca de Barbera, Alt Penedès and Costers del Segre. Unique to Codorníu, two of these premium Cavas, Jaume Codorníu and 456, are made from grapes grown on all three sites, combining the influences of Mediterranean and continental climates, as well as distinct soil types. Winemaker Bruno Colomer is passionate about what he calls "rolling three territories with nothing in common into one", in order to reach the highest potential levels of quality:- 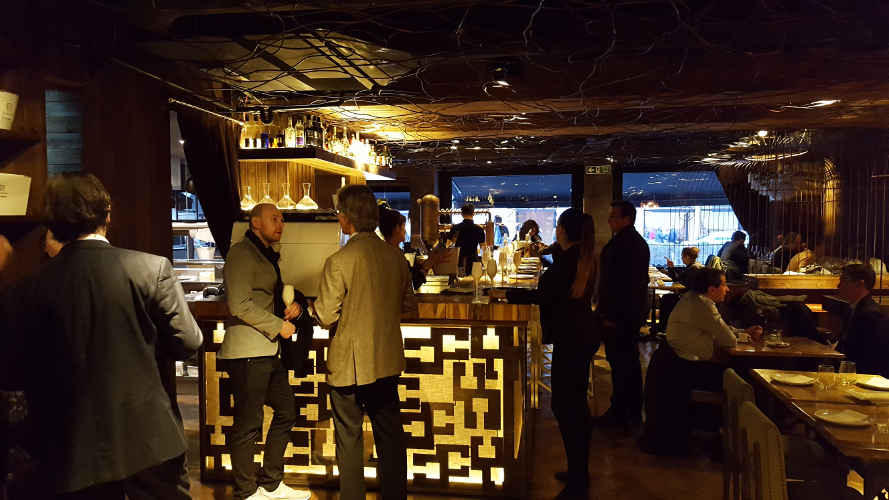 At Norte restaurant in central London. Image by Robin Goldsmith.

At London's Norte restaurant, part of Grupo Bilbao Berria, I was delighted to have the opportunity to sample both the delicious food, but also three wonderful Cavas:-

This Reserva Brut has a minimum of 15 months ageing resulting in a mix of citrus and tropical fruit notes with toast and cream. Classy and delicious!

This Gran Reserva Brut will normally have a minimum of 48 months ageing, but this vintage has had around 60 months. Paying homage to the company's 16th century origins and terroir, this limited-edition Cava with numbered bottles blends a selection of top-quality grapes from the three individual vineyards. The result is a complex blend of fruity notes with citrus, melon and peach, complemented by nuts, hints of salinity and a creamy, elegant finish.

Only 800 bottles were made of this Gran Reserva Brut, aged for over 120 months and this flagship blend will only be produced in the best years. Paying tribute to the number of Codorníu's harvests from 1551 to 2007, grapes are selected from the same three vineyards as for Jaume Codorníu, but are from different plots affording higher levels of acidity and fuller bodied wines. A beautifully complex and classy Cava, this shows notes of apple, pear, yellow plum, yeast, salinity and a full, rounded, lively mouth feel. Perfectly integrated, this premium Cava which will sell for about €170 a bottle, represents a stunning example of that heady mix of freshness of youth plus complexity of age.