Wine among the lemons!

A visit to the stunning Castello d'Albola estate

All images by Robin Goldsmith, unless specified otherwise

What could be a more quintessential Mediterranean scene than two small lemon trees, planted in terracotta pots on a stone patio, overlooking vineyards kissed by the golden rays of welcoming sunshine? Add to that a melodic, tranquil chorus of birdsong and the sound of bees buzzing around the colourful flower baskets, encroaching on the peaceful aura of an otherwise noiseless late afternoon.

This was the backdrop to my arrival on 5th May at Villa Marangole on the grounds of Casa Vinicola Zonin’s flagship wine estate of Castello d'Albola, located in Radda in Chianti, one of the coolest sub-regions of the Chianti Classico zone.

The visit started with the drive from Firenze airport up through the tree-lined, vine-covered hills into the heart of Chianti Classico country. A sign showing the Gallo Nero or Black Rooster, symbol of this iconic wine, seemed to wink its approval as we continued along. Leaving behind a few cyclists braving the climb through quiet village streets basking in the Tuscan sun, the majestic, imposing beauty of the 16th Century Albola estate appeared some minutes later.

This impressive example of Renaissance architecture was purchased by the Zonin family in 1979 and later restored, having been owned by notable Italian aristocracy during five centuries. 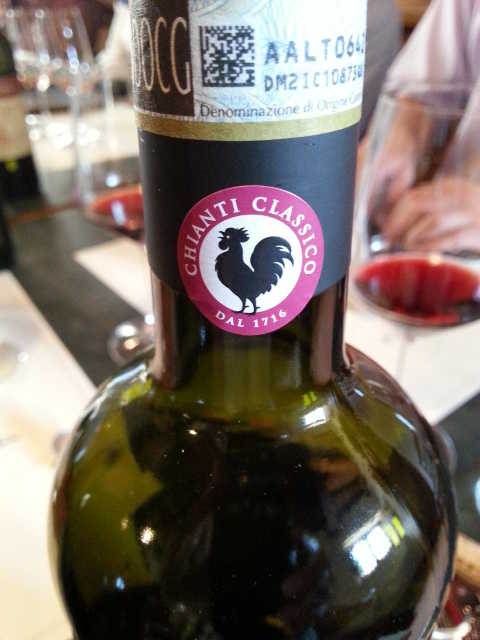 The iconic 'Gallo Nero' on a bottle of Chianti Classico

Currently, the company, which has been making wine since 1821, owns over 2,000 hectares of vineyards in seven of the top wine regions of Italy, in addition to Barboursville in Virginia, USA.

The grounds of Castello d'Albola itself cover 900 hectares, one sixth of which is under vine and over 25,000 tourists visit there each year. The principal grape variety is Sangiovese (90%), but Cabernet Sauvignon, Canaolo, Chardonnay and Malvasia del Chianti are also planted.

Casa Vinicola Zonin places great importance in green values. Chairman, Gianni Zonin's philosophy is embodied by his words: "What we take from the land, we return to the land" and as a result, the company has adopted a far-reaching sustainability program. Key components of this include water management which involves an innovative irrigation system, soil erosion prevention, waste reduction, biological control of vineyard pests and energy efficiency measures. Additionally, one of Castello d'Albola's top wines, Il Solatio, has been certified by the respected Magis sustainability project. 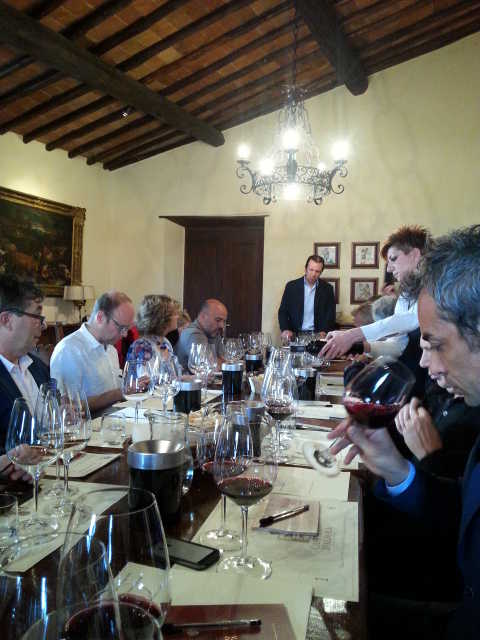 Prof. Dubourdieu has been working with Casa Vinicola Zonin since 1997 and he began the tasting by describing Refosco, an indigenous and relatively late-ripening dark-skinned red grape from the Friuli region, as an underknown and underrated grape variety. Unlike varieties such as Cabernet Sauvignon and Merlot, Refosco is very adaptable to climatic changes, although it can show problems with acidity levels. He explained how at Tenuta Ca'Bolani, despite the often harshly tannic nature of this grape, they have been able to produce a smooth taste without any acerbic 'green' flavours (see separate tasting notes at end).

We then moved on to a couple of vintages of Nero d'Avola from Zonin's Sicilian estate of Feudo Principi di Butera. Prof. Dubourdieu emphasised how important it is to keep the freshness of the grapes by picking them at the optimum time, resulting in wines that eschew tannic bitterness and dryness, in favour of a softer, sweeter style.

After these came three richly expressive and distinctive wines from Rocca di Montemassi in Maremma, the south-west corner of Tuscany and a frontier for experimentation, as described by the professor, who began his association with Zonin wines at this vineyard. Every year, the focus is on a different interpretation, where the blend of grapes varies according to the results of each vintage. The Maremma wines, the third of which is yet to be released, were followed by three more 'anteprima' or 'en primeur' vintages of Chianti Classico Riserva from Castello d'Albola.

The benefits of high altitude vineyards for perfect ripening of Sangiovese grapes could be seen in the fresh and elegant expressions of these wines. Lastly and perhaps unusually, we concluded this part of the evening by returning to Tenuta Ca'Bolani for three very different examples of Aquilis Sauvignon Blanc, Zonin’s flagship white wine.

Prof. Dubourdieu explained how he wants to show that Sauvignon Blanc can age well and that crucially, since 2012, about 50% is aged in 2,500-litre 'botti' (big oak casks), which helps avoid reductive notes. The 2009 vintage we tried was quite a revelation!

Following the tasting, we were treated to antipasti prior to a sumptuous meal, prepared by renowned Tuscan chef, Eugenio Boer, with wines from five of the Zonin estates specially selected to accompany each course.

This included Castello d'Albola's Il Solatio Chianti Classico Gran Selezione 2010, a beautiful example of this new top-level classification (see my earlier article on these pages for more information). With the help of the Consorzio Vino Chianti Classico, more people globally are rediscovering the quality and terroir-driven elegance of these wines.

Christophe Olivier in the field

Indeed, the importance of terroir was a central theme of the tasting, dinner and following day's vineyard tour. As Christophe Olivier explained, "you can have good terroir, but not make proper use of it, so viticulture has to get it right." Hence, the careful selection of vine training methods from Guyot on the higher ground to Cordon Spur lower down and the ongoing programme of replanting, with an average vine age of about twenty years.

The tour of the vineyards began with a visit to the south-east facing, one hectare, Single-Guyot-trained site planted in 1998 to provide the grapes for Il Solatio, which had its first vintage in 2006.

At nearly 600m above sea level, it is the highest vineyard on the estate and one in which the grey and red-tinged soil consists of a mix of alberese (a hard, compacted calcareous rock) and galestro (clay-based shale).

This combination is ideal for the finest expressions of Sangiovese and as we toured the estate, our guides explained how they have started to favour Single or Double Guyot training systems over Cordon Spur as a result of improved disease resistance, greater adaptability in producing better grapes and longer vine life spans. 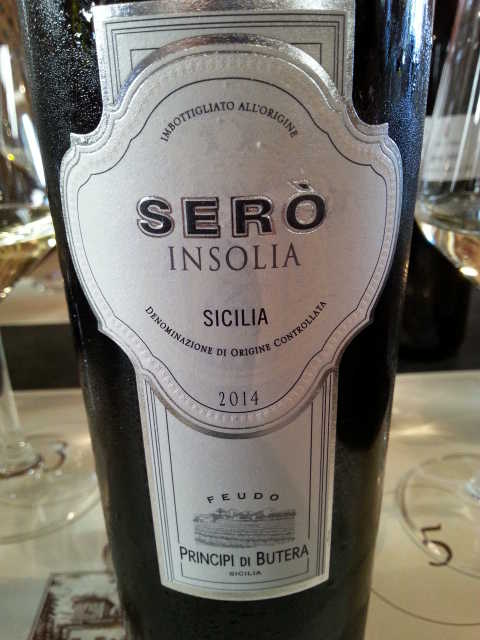 After the tour and before a light lunch, there followed a further tasting of several wines, including Castello d'Albola's renowned "Super Tuscan" Acciaiolo, a minerally fresh Chardonnay from the estate's 2.2 ha plot and an elegant Insolia from Feudo Principi di Butera.

My visit to this delightful estate was over - the wine, which had graced my palate over the past day and a half with its elegance and excellence, a perfect example of French and Italian cooperation. As the car weaved its way back to the airport, my mind's eye floated back to that seamless backdrop of perfumed lemon trees set among the vine-covered hillsides which I had just left behind. Gianni Zonin wants "a place where wine transforms beauty into quality." I think he's achieved it! 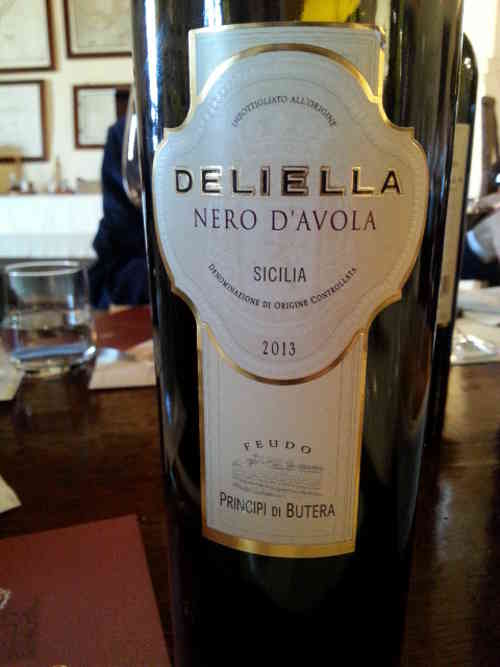 Soft and fresh with notes of ripe blackberries and cherries, hints of violets and Mediterranean herbs plus gentle tannins.
Soft, fresh and deliciously smooth with sweet, dark fruit notes of black cherries and prunes plus hints of spice and sweet, rather than bitter, tannins.
Younger version of above, which should age better. Hints of Mediterranean herbs on the end palate.
Made with 40% Petit Verdot, 40% Syrah and 20% Cabernet Sauvignon, this shows soft forest fruit notes, some spice plus hints of aniseed and smoke.
Made with 50% Cabernet Sauvignon, 25% Syrah, 15% Merlot and 10% Petit Verdot, this has notes of plums, blackcurrants and cedar plus hints of cloves and nutmeg on the finish.
Made with 50% Syrah, 30% Petit Verdot and 20% Merlot, this is young and fresh with white pepper and dark fruit notes, touches of game plus herbal, leafy hints too. This is a far cry from a black pepper-dominant expression of Syrah!
Notes of cherries, fruits of the forest and spice with a touch of violets.
Notes of sour cherries, touches of tobacco, softening tannins and a slightly savoury edge.
The youngest of these three, this displays notes of spiced cherries and redcurrants and it will be particularly interesting to see how this develops.
A floral nose with notes of peaches, apricots and white flowers and a delightful palate with surprising notes of honey and jasmine tea.
Highly aromatic, floral and mineral with notes of gooseberries, rose petals, peaches and citrus.
Fresh and floral with notes of lemon and elderflower plus subtle hints of grass and herbs. 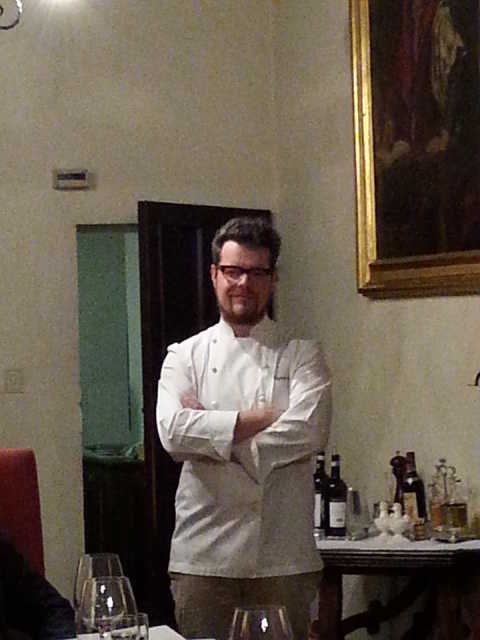 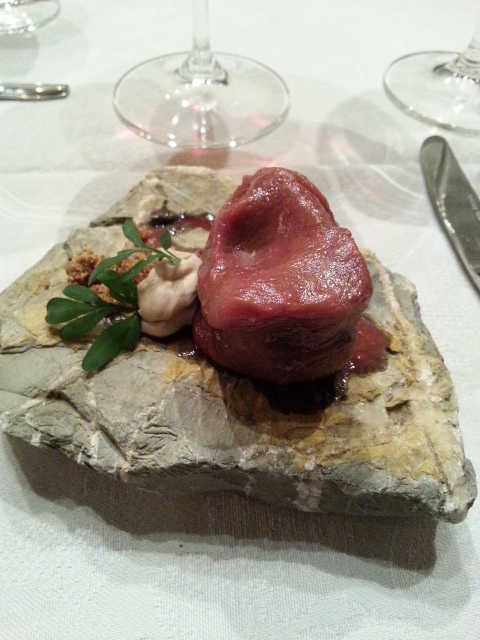 Chef's signature dish of 'Venison and its story' 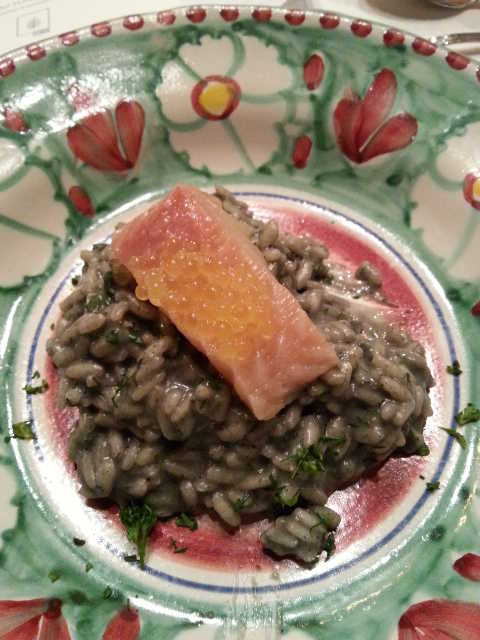 Risotto of ashes, Arctic char and its roe 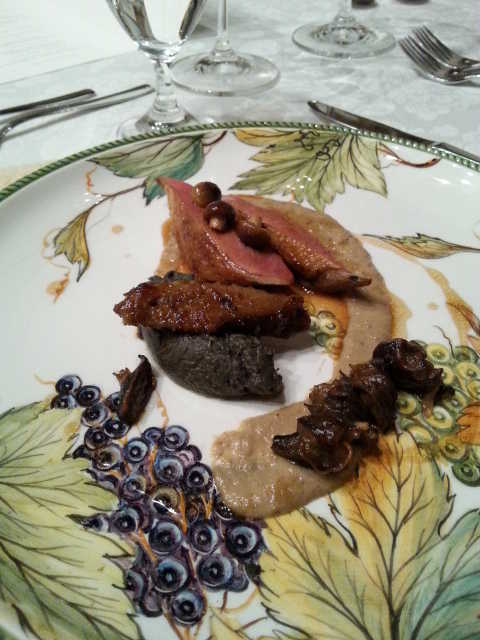 'Pigeon in the midst of the vineyards' 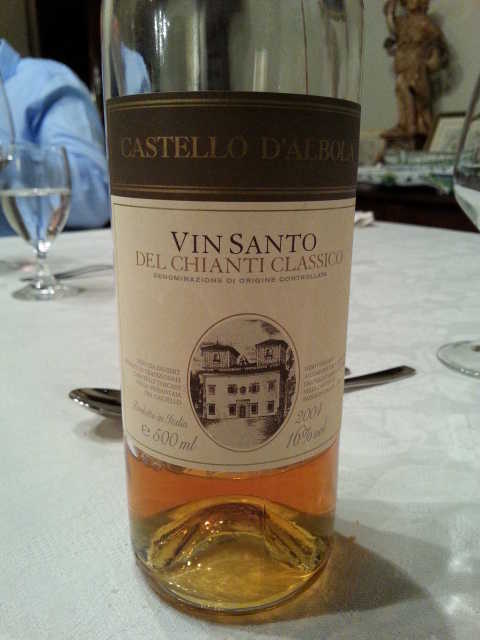