Agora Vermouth: shaking up the category! 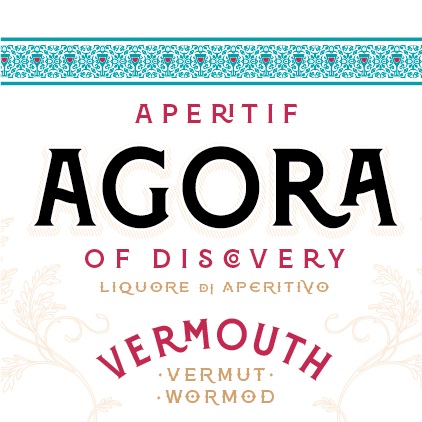 Arthur Voulgaris is a man on mission. With a 20-year background in the hospitality industry, including working as brand ambassador for Digby Fine English and Senior Business Development Manager at Gonzalez Byass, he knows a thing or two about the drinks industry! Agora Vermouth is his latest adventure. It's an amalgam of his Greek heritage and Suffolk home soil - a nod to the past and a full-speed journey into the future.

Vermouth is an ancient drinks category that's finding its feet again. An aromatised fortified wine, it was first created by Hippocrates around 400BCE. He began aromatising wine with wormwood, other botanicals and spices for medicinal purposes and the result was called 'Hippocratic wine'. Back then, there was no distillation, so the flavouring ingredients were macerated and infused into the wine. During the middle ages, monks, alchemists and doctors kept this tradition going, infusing wormwood into aromatised wine.

It wasn't until the 18th century in Turin when vermouth as a category became commercial. The café society was emerging, aperitivos were invented and people started drinking outside. The Spanish also took up this tradition with 'La Hora del Vermut' in Barcelona and Madrid and so the concept of the apéritif spread. 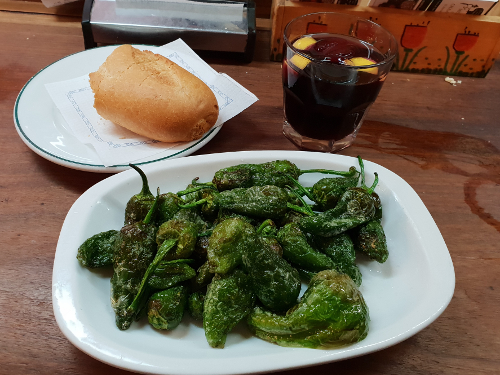 La Hora del Vermut in a Madrid bar, a tradition that comes from post-Sunday Mass drinks before lunch

As the twentieth century developed, cocktail culture grew, but since the 1990s with the growth of vodka and other spirits, vermouth's popularity slipped away. However, in the last five years, it's begun to climb back into the driving seat and is now emerging as an exciting category for a whole new generation of drinkers.

"In the last five years, we've seen the emergence of this amazing old category. This is something I'm really passionate about and something that's inspired me to look into it a bit further and to produce."

Arthur discovered vermouth around 20 years ago while running a bar in Australia called The Melbourne Supper Club. "An Italian American bartender came in and asked for a Negroni. I'd never made one, so I asked him how. Then when I made it, I thought it was fabulous. Word spread amongst the hospitality industry in Melbourne and became the industry tipple for the next 20 years."

Based today in Suffolk, he had moved to London 12 years ago, but it was during a work assignment in New York that he saw how the vermouth category was really starting to boom. "I began to love vermouth again, buying up any bottle I could find! I found some of them incredibly bitter. To counteract and balance out that bitterness, a lot of sugar/caramel was added and sometimes food colouring too. Traditionally, vermouth was always made with red wine, but some [producers] use white wine and add caramel. So, when drinking and experimenting, I asked myself could this category be better? Could there be more finesse and balance? This is what inspired me to continue my journey and create Agora." 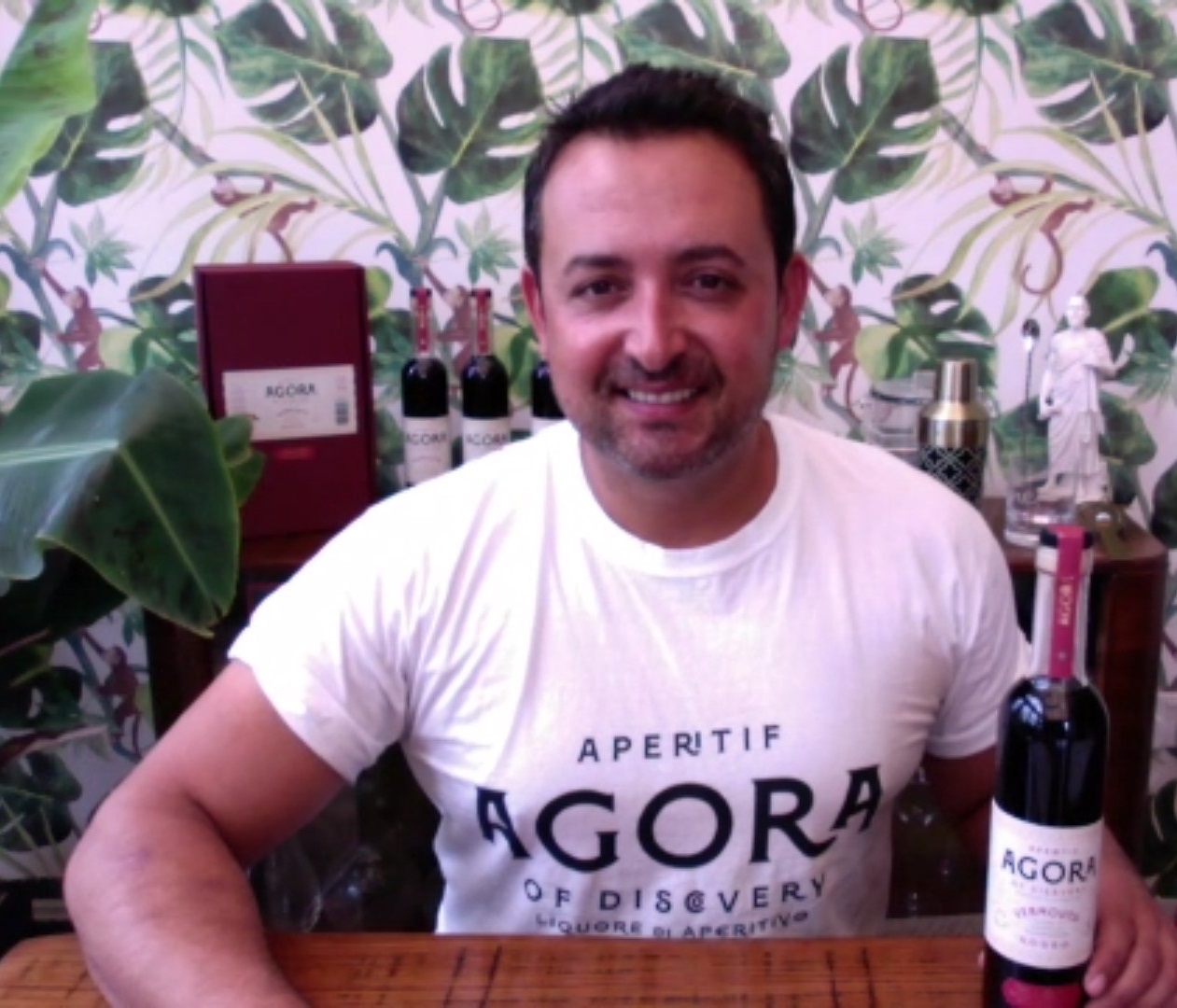 Arthur talking about his journey during a Zoom masterclass

Agora in Greek means a marketplace or meeting place, somewhere people would come together to celebrate civic life and to trade. 'The Explorer' label on the bottom of the bottle evokes Arthur's journey to find a location to make this small batch production Suffolk blend. So the brand brings together Arthur's heritage with its historical context and his own voyage of discovery.

"I really wanted to create something beautiful, balanced and perfumed with finesse - words most people do not associate with vermouth! I didn't want anything that was synthetic, confected, cloying, too bitter or sickly sweet. Wormwood is insanely bitter, so it's been a learning curve to understand how to use it carefully. My theory is that if we balance out and go a little softer on the wormwood, then we don't have to use as much sugar."

Arthur has partnered with Derek Jones of local company DJ Wines, whose facilities they're using to make the vermouth.

Arthur is currently using a blend of French Merlot and Cabernet Sauvignon, but has plans to buy in Acolon and Rondo grapes from Suffolk. "These give opulent, juicy fruit that's light on tannin and acidity. All the magic happens with the botanicals, so I need something fruity to carry [those flavours]." He's also intending to use Madeleine Angevine from two or three vineyards in Suffolk for white vermouth. So, in the long term, his production is likely to be almost 100% English, including the grape spirit sourced from Langley Distillery. Only a few of the key botanicals will continue to be sourced from Asia.

So how does Arthur set the sweetness level? "Grape must, depending on where it's from, can push over 150g-200g/L sugar unfermented. We can manipulate the sugar levels depending on how much we ferment, how sugary the must is in the first place and when we fortify to stop fermentation."

The finished product will be 125g/L. As Arthur describes, it will be sweet and aromatic, but not like a 200g/L liqueur. "Sweet wines have a minimum of 120g/L residual sugar. Most commercial producers must be pushing 200g/L, with the viscosity and cloying sweetness. A level of 110-140g/L is sweet enough, as it doesn't kill all the other flavours and doesn't have a cloying component."

The prime botanical is dried Suffolk rose petals, which gives the aromatic profile he wants. Wormwood (artemisia absinthium), cassia bark ("the wild, gamey version of cinnamon"), star anise and cardamom provide the woody/earthy flavours. Vanilla, local lavender, black pepper, dark morello cherries and mandarin (instead of orange) complete the unique blend. The grape spirit is at an industrial strength of 96% ABV, so this is diluted to 48% prior to maceration.

"Each botanical undergoes a different flavour evolution. While many flavours become a little more pronounced with time, others such as rose and lavender can fall away."

Arthur creates different 'teas' - his preferred term for individual infusions of botanicals and spices. Each is macerated separately for exactly two weeks in glass demi-johns or stainless steel containers to achieve full flavour extraction. Then, he blends them together at different quantities according to his recipe, transferring to a 300L stainless steel tank, where the spirit rests for a further seven days. The next stage is to add the grape must into the tank. This is then left to age for at least one month, integrating all the flavours and natural grape sugars and allows for a subtle, minimal oxidation. The last stage is a further two-week infusion with rose, cassia bark, star anise and lavender for extra flavour and aroma. The first batch is scheduled to be ready mid-to-late July. 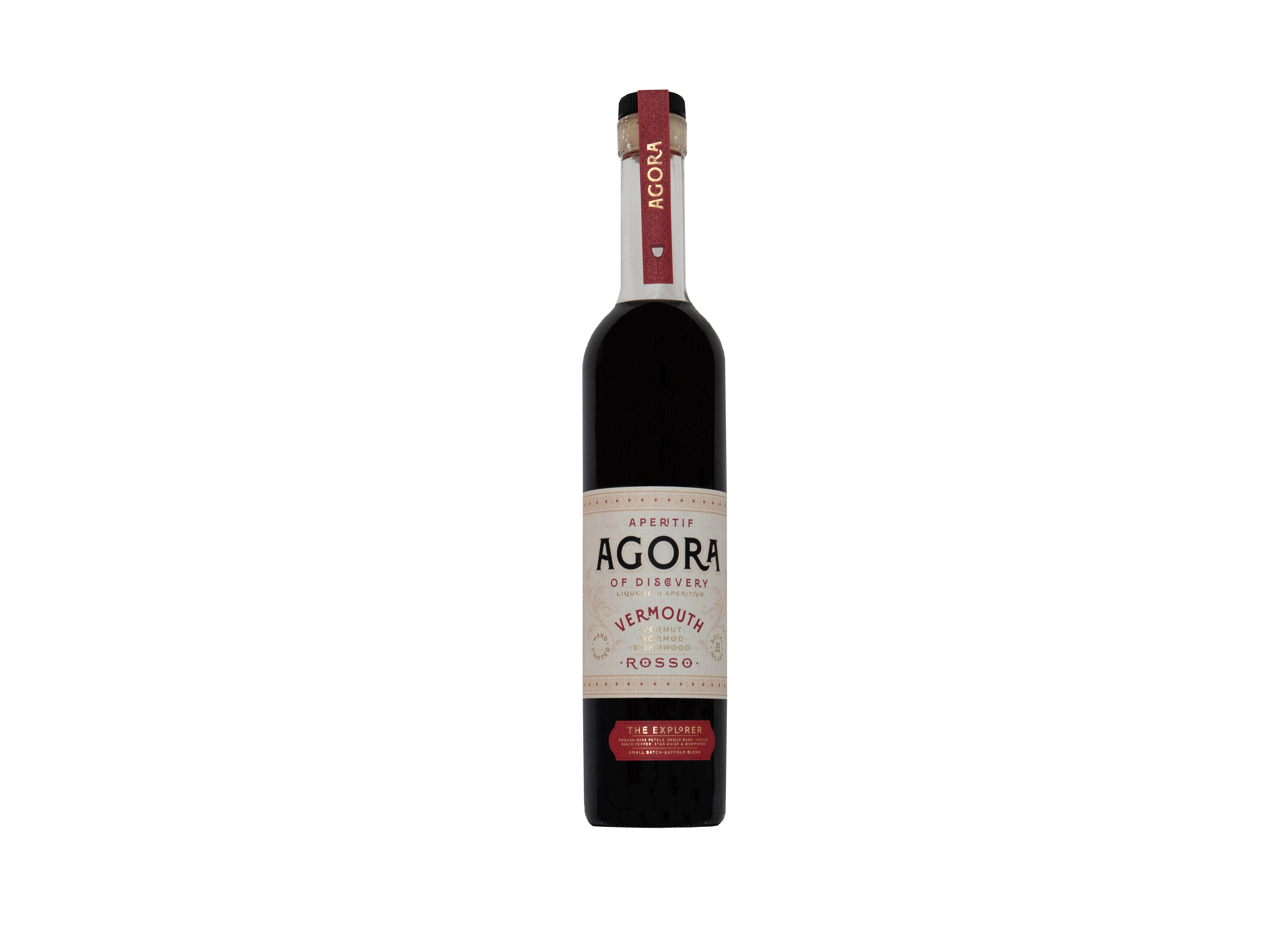 Originally, Arthur wanted to champion the on-trade, building the Agora brand. However, the COVID-19 pandemic has meant a change of plans to target online retailers first, then on-trade and independent stores after that. Nevertheless, he remains open to all opportunities, including potentially selling bottles online from his company's website.

Currently, Arthur is experimenting with white vermouth, which he hopes to launch in time for Christmas, alongside a gift box for the home cocktail enthusiast. Options include both a "pretty" one, made with orange blossom, white rose, jasmine and green tea and a "brave" one. The latter will be a salty/savoury/umami style with on-trend ingredients like sea salt, samphire, seaweed and matcha green tea. Additionally, he's looking to source amphorae and to experiment with oak ageing.

Focusing on the UK first, he also has the US and Asian markets in his sights, both already fully embracing an advanced cocktail culture.

"One thing that's confusing with the Rosso category is that hardly anybody specifies the sweetness levels, so consumers are just supposed to know."

Agora will suit wine and cocktail lovers and enthusiasts who want to experiment. However, Arthur believes that more education is needed to explain the category to consumers. He notes that even in the cocktail world, it's spoken about far less than the gin, Campari or bourbon used in a Negroni or Manhattan, for example. Yet it's the vermouth that really adds flavour. Cocktail enthusiasts are starting to buy more vermouth and on-line retailers have increased their stock levels, as people experiment with different types. However, supermarkets are not making vermouth consistently visible on their drinks aisles, so this affects general public awareness too.

His message with vermouth is to keep it simple: "It's great on its own, in a cocktail or as a low alcohol spritzer."

Arthur has clear ideas on how he feels Agora should be best enjoyed. "One of the things I wanted with Agora was for it to be enjoyed on its own with ice, but also to complement cocktails and fine-grade spirits like gins and bourbons … I wanted to create something that gives perfume and lift, finesse and balance, without killing the spirit it's mixed with."

Recognising that not every home consumer has all the ingredients to make a cocktail, Arthur is keen to promote a simple serve. "A spritzer with a slice of orange and some tonic is something that everyone can do at home and is more responsible with its lower alcohol." Arthur recommends either Schweppes Slimline Tonic or a sweeter one like Double Dutch Indian Tonic.

Additionally, he believes his product should attract bartenders looking to use a different style of vermouth. The lower sugar level, deeper colour, smooth and supple profile with lifted aromatics coming from more unusual botanicals such as star anise and cassia bark offer a clear USP for cocktails. For example, while a traditional Manhattan would use both sweet and dry vermouth in equal proportions, this is no longer necessary with Agora. It's already drier and blends perfectly with the inherently sweet edge of a bourbon whiskey.

Agora is an exciting addition to the UK drinks scene. Every new start-up business requires time to develop, but vermouth is a category that's already started to see growth and fits in with modern trends. Once life returns to normal or begins the new normal, whatever that is, the bar and cocktail scene will hopefully bounce back. Smaller 'craft' brands attracting new, smarter drinkers seeking better quality products are set to continue offering an increasingly varied choice of options. Agora Vermouth ticks all those boxes and is well placed to attract a new generation of fans with a drink that, as the bottle label says, will "Awaken your senses"!