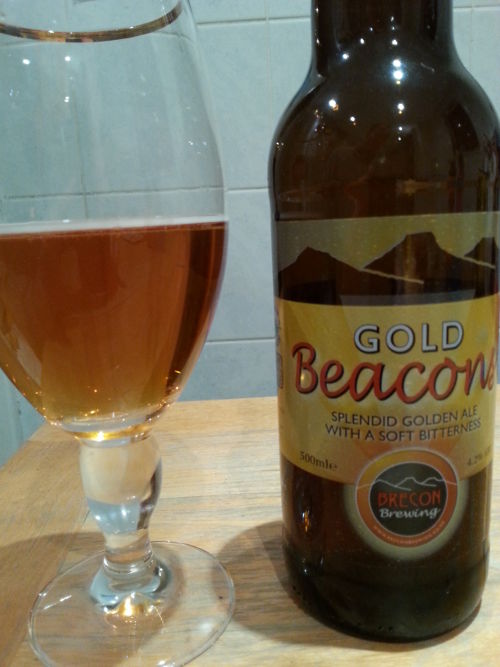 Golden ales were developed in the 1980s to attract lager drinkers to real ale. Although somewhat scorned by many who now see this kind of beer as increasingly taking over from more traditional styles, especially on draught in pubs, they are a definite success story. One of the best ones I've sampled recently was a bottle-conditioned version by Brecon Brewing, a new company, established in 2011. Among their flavoursome range of cask and bottle-conditioned real ales is Gold Beacons (4.2% ABV), a deep golden/caramel-coloured ale, made with a blend of different malts and two hop varieties. A fruity and malty nose with notes of apples, pears, figs and a subtle hint of ginger spice leads on to a refreshing palate full of butterscotch, orange and spice with further citrus notes on the finish, particularly grapefruit.

Served chilled, the gentle carbonation and clear colour help make this a perfect, thirst-quenching and flavour-packed introduction to real ale for drinkers used to lager, as well as for traditional ale aficionados wanting to try a good example of a golden ale.