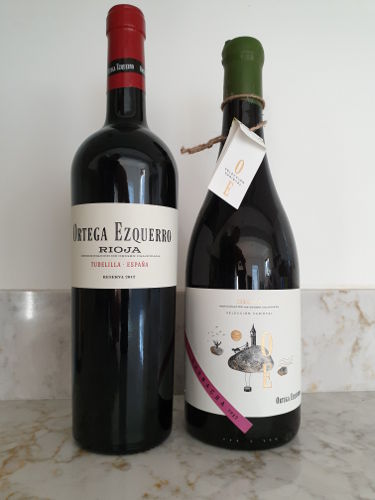 Rioja is a name that hardly needs an introduction. More than often it sells itself, whether in shops, pubs, bars or restaurants. Everyone recognises the name and has an expectation of what lies inside the bottle, even if they don't fully know the different ageing classifications and styles. Nevertheless, a number of changes have been implemented by the governing body, the Consejo Regulador.

Rather than using barrel-ageing as the sole mark of quality, regional classifications have been added to indicate a sense of place. A single-vineyard designation, viñedo singular, with strict criteria for qualification has been introduced and the use of specific village names (Vinos de Pueblo) are now permitted. Wines made from the grapes of a specific village must be labelled under a unique brand name to differentiate them from the producer's standard Rioja DOCa wines.

There is also a new category, Espumosos de Calidad de Rioja, for quality white and rosé sparkling wines made by the traditional method. The term Joven (young) has been replaced by Genérico, indicating wines with no ageing requirements and Rioja Oriental (eastern Rioja), is the new name for Rioja Baja.

Other changes, for example, include allowing paler-coloured rosados and also single varietal wines from any of the permitted white grape varieties, the range having previously been expanded in 2007. Additionally, there are modified ageing requirements for Reserva and Gran Reserva wines. Reservas must be aged for three years with a minimum of twelve months in barrel and a new minimum of six months in the bottle. Gran Reservas must be aged for five years, at least twenty-four months of which are in oak and the same in bottle.

Bodegas y Viñedos Ortega Ezquerro, located in Tudelilla in Rioja Oriental, has a history dating back to 1896. The winery is now owned by the great grandson of the founder and makes a range of Rioja expressions, including red, white and rosé wines. The vineyards, at around 650-680 meters altitude, are distinctive, with boulders like Châteauneuf-du-Pape that absorb heat during the day and radiate it during the cool nights.

Ortega Ezquerro Reserva 2012 (14% ABV), made from 90% Tempranillo, 15% Garnacha and 5% Graciano, has spent approximately 20 months in barrel (60% second-year US oak and 40% new French oak), before resting in bottle for 12-14 months. The wine has an attractive deep garnet colour. The nose is full of ripe forest berries with subtle hints of nutmeg, cloves and vanilla. On the palate, there are mouth-filling notes of red fruit, vanilla, balsamic and Christmas spices with an elegant balance of fresh acidity and soft tannins. This would make a terrific pairing for game, lightly-spiced lamb dishes or mature hard cheeses. Currently £37.95 for magnums and £15.95 for 75cl bottles from Jeroboams.

Ortega Ezquerro Garnacha 2017 (14.5% ABV) is made from low-yielding hand-picked Garnacha grapes. Only around 3000 bottles are made of this wine, which is partly fermented in bocoy, 700L sherry casks, with periodic batonnage, before being transferred to concrete tanks. The colour is intense and deep cherry red. The nose shows red berries and cherries with light touches of chocolate, cinnamon and vanilla cream. On the palate, similar notes with hints of cedar, herbs and a slight savoury edge complement the soft, elegant tannins and fresh mouthfeel. This wine will be a great match for barbecued red meat, lamb or venison stews and has potential to age well over the next few years. Currently £19.95 per 75cl bottle from Jeroboams.

The concept of 'village wines' has always been important to Ortega Ezquerro. The new rules for Vino de Pueblo and Viñedo Singular were only approved by the Consejo Regulador in August 2017. For this reason, the Reserva 2012 does not fall under these new regulations. Similarly, the Garnacha, despite coming solely from Finca El Monte, does not qualify as a Vi&ntildeedo Singular, as in 2017 there was not enough time to register any vineyard for that year's harvest. However, the location of the specific vineyard is written on a tag hanging around the bottle and if you enter the coordinates in Google Earth, you can see exactly where it is!

The front or back label of the wines shows the name of the village, Tudelilla, where the grapes are grown, reflecting their sense of place and authenticity. So if you're a fan of Rioja, then these are two stylish wines that won't disappoint!