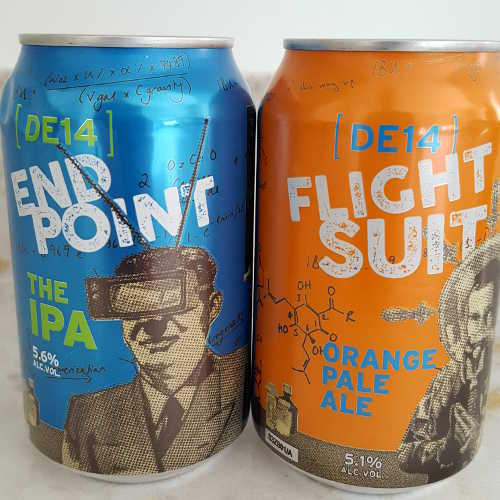 Marston's has had an important place in the history of British brewing and pubs for over 180 years and last year acquired some of the UK's best-selling brands from Charles Wells. The historic Marston's brewery itself is based in Burton-Upon-Trent, synonymous with the history of brewing due to the unique high sulphate content of the town's water that trickles through a thick layer of gypsum in the ancient rocks on which the town is built. This imparts a distinctive earthy/eggy aroma known as the 'Burton snatch' plus a unique flavour and has been emulated by brewers worldwide in a process of adding salts to water known as Burtonisation.

Despite its traditional roots, the company is busy embracing the modern craft beer trend with its innovative nano-brewery DE14, named after their Burton postcode and located within their main brewery. Here brewers experiment with many different ingredients to produce small batches of cask ales. Additionally, this March they moved into the on-trend canned beer market with two permanent beers, Flight Suit and End Point.

Flight Suit (5.1% ABV) is a refreshing 'Orange Pale Ale' made with five different hop varieties and dry hopped with Mandarina Bavaria. Mixed fruit and orange marmalade notes come through, backed up by a touch of herbs and the finish has a gentle hoppy bitterness.

End Point (5.6% ABV) has six US and UK hops plus lager and pale malts, resulting in an aromatic and fruity IPA that combines notes of tropical fruit and citrus with hints of toffee apple and a refreshingly bittersweet finish.

These beers are available from Londis and Budgens and are about to be sold in Morrisons stores nationwide at £1.75-£1.85 per can or as part of the four for £6 deal that includes mixed cans and bottles (270 Morrisons stores will stock End Point, while 449 will stock Flight Suit.)