The joy of rum!

… celebrating our love of the sugar cane spirit … 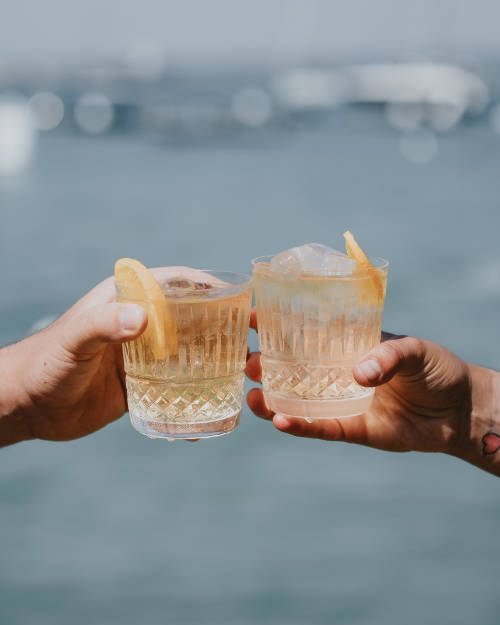 "Rum's the next big thing!" is something we've probably all heard. Its popularity is certainly on the up, but is the sugar-cane spirit due to eclipse gin any time soon?

Growth of the rum category

Craig Law, rum expert and Master Distiller for distillation equipment suppliers Ryebeck, sees growing interest in the category from all around the world. "Many distilleries are getting in on the act. It's a natural course that even existing distilleries are expanding into", he says. "There are some very exciting times ahead with rum."

"If you take gin as a product", continues Craig, "the bubble has still not burst. However, rum is pretty much on a par with bottles consumed and sales. So if rum is the next big thing, what's going to happen in terms of sales and products that come to the market? If you look at the huge revenue gin has created, will this be the same for rum?"

"There's such a fantastic range of products out there. Because rum is so unexplored, I think there are more surprises to be found. Open your mind and taste buds and enjoy the whole new world out there."

Craig sees the spirit as particularly versatile and one that can appeal to everyone. "Rum is fantastic", he explains, "because there's a style for everybody. So, if you're a vodka drinker, there's a rum for you. If you're a whisky drinker, there's definitely a rum for you, whether that's a golden rum right through to a heavy rum. If you're somebody who likes a product that's particularly sweet, there's a spiced rum out there for you. It's the same with gin drinkers. One of the things we're currently seeing is the use of botanicals in rum. They've always been present in spiced rum and people are now following the practice of making gin to produce a spiced rum style. So there's definitely a drink for everybody within the rum category."

The Daiquiri: a celebration of rum!

It's therefore no surprise that several days in the calendar are now dedicated to the joy of rum. For example, the 16th August saw International Rum Day, following swiftly on the heels of National Daiquiri Day celebrated the previous month on 19th July. So how did that iconic, joyful cocktail, the Daiquiri, come about?

Early history of the Daiquiri

In the late 18th century, sailors from the Royal Navy used to drink grog to prevent scurvy during Caribbean voyages. This was a mix of rum, water, sugar and lemon or lime juice, so not dissimilar to what we know today as a Daiquiri.

However, the original Daiquiri was invented during the Spanish-American War in the late 1890s, in the small mining town of Daiquiri near Santiago de Cuba. Jennings Cox, a Cuban mining engineer and his colleagues would have a drink after work in the local bar. One day, Cox came up with the idea of mixing lime juice, sugar and rum over ice, after he'd exhausted his gin supply. The drink quickly became a local favourite, especially during the hot summer months.

Then in 1909, a retired US Navy officer tried the 'Daiquiri'. Liking it so much, he took the recipe back home to Washington D.C. and it soon became a well-loved drink, spreading to New York clubs too. During the Prohibition Era in the 1920s and 1930s, rum was smuggled into the US and was Cuba's biggest export. Then, when whiskey and vodka were rationed in World War Two, rum's popularity soared.

The Daiquiri became a favourite drink of Ernest Hemingway and President John F Kennedy. Indeed, it was in a Havana cocktail bar, El Floridita, that writer Ernest Hemingway picked up a Daiquiri, tasted it and then asked for it to be made with less sugar and more rum. The 'Papa Doble' or 'Hemingway Daiquiri' was born, although it was changed to make it more palatable, with the addition of maraschino liqueur and no sugar!

Don Papa, a premium aged, single-island rum from the Philippines, is sold around the world and is perfect for making a Daiquiri. Volume sales in 2019 reached 2 million bottles and the brand is particularly successful in Britain. UK Marketing Manager, Cristhel Molina, explains further: "We are currently in 28 countries spread across Asia, Europe, North America, Central America, and South Africa. However, we feel that the UK offers potential as we've seen great interest for Don Papa Rum. Consumers are willing to explore rums from different parts of the world." 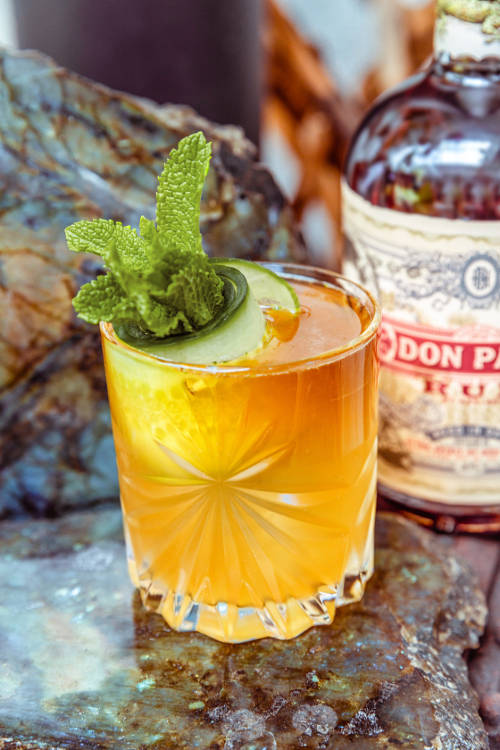 Innovation in the rum category

Their flagship product, Don Papa Rum, is priced at a relatively premium level. Nevertheless, it continues to grow in retail and e-commerce and Cristel is optimistic about the future, particularly regarding innovation. "We've seen the growth of the rum category over the past couple of years primarily driven by innovation, especially in maturation and cask experimentation. These new, exciting expressions offer a range of flavours that entice consumers and allow us to cater for a wide variety of preferences. We've seen great success with our super premium range, such as the Don Papa Rare Cask, Don Papa Sherry Cask and Don Papa Sevillana and will continue to put product innovation at the forefront."

Craig Law also sees plenty of future innovation in the rum category, in terms of how the spirit is made. "The thing with rum", he says, "is that people can push boundaries. They can try new equipment or advances in technology and how they age the rum, for example, but still pay homage to tradition. I think we're going to see a lot of that."

Mainbrace received a Silver in The London Spirits Awards 2020, a Silver at The Rum and Cachaça Masters 2020 and a Bronze in The San Francisco World Spirits Competition 2020.

… and if you want to celebrate your joy of rum with something stronger, then the new limited-edition Mainbrace Navy Strength Rum is a great option and also makes a delicious Daiquiri! It's smooth and rich, yet not overpowering, so still retains a relatively light feel despite the higher alcohol strength! Notes of sweet, woody spice with caramel, dried fruits, vanilla and hints of toasted coconut will pimp up your rum cocktail of choice!

Many other navy strength rums on the market have over 57% alcohol content. However, Mainbrace Navy Strength Rum is consistent with the Royal Navy Standard of 54.5%. It's the lowest ABV that would still allow gunpowder to light, even if it was soaked in the rum! This was important, as the barrels of rum and gunpowder were kept close together in battle and sometimes ended up becoming mixed! 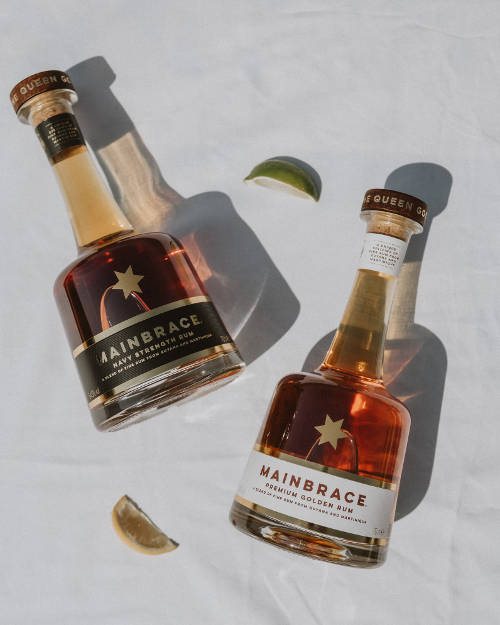 You can read the story of Mainbrace Rum here. 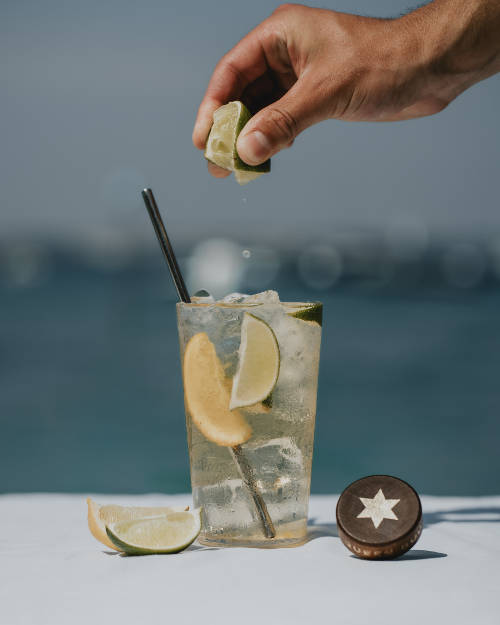 We've had the 'gin-naissance', so are we seeing a rum-naissance? The signs are certainly encouraging. We are likely to see not just new entrants to the UK rum scene, but more venues stocking a better quality or more extensive selection of rums, including spiced and flavoured ones. New cocktails and old favourites, like the good ol' Daiquiri, are a great way to celebrate our love of rum. So, despite the havoc caused by COVID-19, it still remains an exciting time for spirits. Gin may have been the country's best-selling spirit online during lockdown, but rum's time may finally be coming.

This article was originally written for Ryebeck and can be found on their Industry Insights pages.