… tasting the magical forest of Sweden … 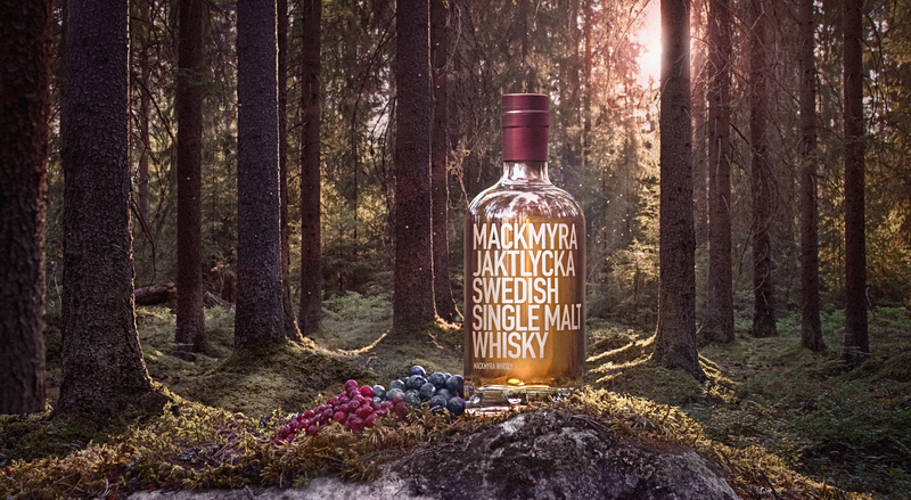 Earlier in the year, a friend from Scotland visited. He's a big whisky fan (surprise!) so I had to decide what to give him. Searching around my selection of spirits, I came across a sample from a distillery he'd never heard of and whose whiskies I'd enjoyed at a few trade fairs before. He was so impressed, he immediately thought of buying a bottle for a friend of his! The whisky was from Mackmyra, a unique and forward-thinking distillery that's continually pushing the boundaries of whisky.

The company was founded in 1999 by eight friends with a passion to create Sweden's first whisky. They use just Swedish ingredients, which includes barley, locally cut peat, spring water and Swedish oak. They are committed to producing single malt that reflects the nature and heritage of their country.

Mackmyra is one of the few distilleries in the world which malts its own barley. In addition, they smoke their malt, using locally cut peat and freshly cut juniper twigs. This lends a unique character to their whiskies.

Combining whisky matured in oak casks of different origins adds another dimension to the finished product. While US oak tends to impart sweet vanilla notes, Swedish oak can add hints of oriental spices, plus toffee and almond. Mackmyra also uses specially-developed 30-litre casks. These allow the whisky to mature more quickly and intensively than larger sizes with a higher ratio of liquid to wood.

The company has two distilleries. At their original facility, now called the LAB Distillery, they develop new, creative ranges of spirits and collaborations. The first product they made there was an organic gin, released in 2017.

However, their main facility is the state-of-the-art, eco-friendly Gravity Distillery. This 35-foot tall, innovative, purpose-built building built in 2011 has eight floors. Using the power of gravity, ingredients pass downwards during the different phases of production. The process starts with the raw materials fed in at the top. The finished distillate then collects at the bottom level after around eight days.

They use all the heat generated by this process to heat their premises. Energy consumption remains as low as possible and the distillery is fully emission-free. Residue from the distillation process goes to a local biogas plant. There it is turned into biogas and biofertiliser. Electricity is sourced from a nearby power station. More information on Mackmyra's 'gravity' process and their green approach to distillation is available on their website here.

Mackmyra makes a core range of four whiskies, as well as seasonal editions which they release twice a year, often in collaboration with other drinks producers. The Moment series comprises the distillery's most exclusive casks. This results in a series of unique limited editions.

… and if you want a truly individual whisky, Mackmyra Reserve allows you to own your personal 30-litre cask. You can choose from two whisky recipes and three types of cask and then follow the whisky's progress for your chosen maturation period.

The latest seasonal release is Jaktlycka, which means 'happy hunting' (Jakt is hunting and lycka is happiness). They have made this whisky twice before, but each iteration varies and will continue to do so, giving a unique expression every time.

It's a celebration of autumn and nature, encompassing everything in the ancient Swedish woodlands. Master Blender and Chief Nose Officer (CNO), Angela D'Orazio, explains further: "Happy Hunting is the direct translation. Hunting refers to roaming the woods and looking for all the treasures there. At this time of year, the woods are full of blueberries, lingonberries, chanterelles etc. So those are the treasures!"

To make this latest seasonal whisky, they used a variety of casks of different sizes, ages and smokiness. These include new and first-fill Oloroso and US oak casks plus saturated US, Swedish and ex-Bourbon casks. A proportion of the casks used to mature the spirit previously contained separately aged batches of blueberry and lingonberry wine, called Jakt, from craft producer, Grythyttan. So Jaktlycka is also a nod to the 'happy hunting' of this wine with the original foraging of the berries. 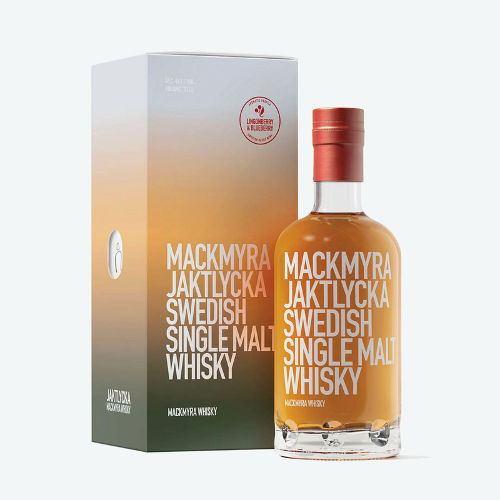 The bottle's beautiful packaging was inspired by Swedish artist John Bauer, known for his illustrations of local folklore. It has an autumnal look with greens and yellows representing the colours of the magical Swedish forest that Bauer used in his pictures.

A total of 15,000 bottles of Mackmyra Jaktlycka were produced, but only 790 were initially sent to the UK. You can order from the company's online shop or buy at selected UK retailers. RRP is £59.90.

Palate: fruity, creamy and spicy with warming notes of Szechuan pepper, touches of ginger and liquorice, dried pears, raisins and vanilla. Sweeter fruity notes of grapes and berries develop on the finish with subtle hints of raspberry liquorice and toasted coconut too.

This is a deliciously fruity, medium-bodied whisky of 46.1% ABV, with plenty of depth and complexity. The use of different casks, including those previously saturated with fruit wine, provides an intriguing combination of flavours.

This article was originally written for Ryebeck, who supply and fit top quality stills to customers across Europe, including to Nordic countries.