Making spirits in the British Isles' most southerly vineyard! 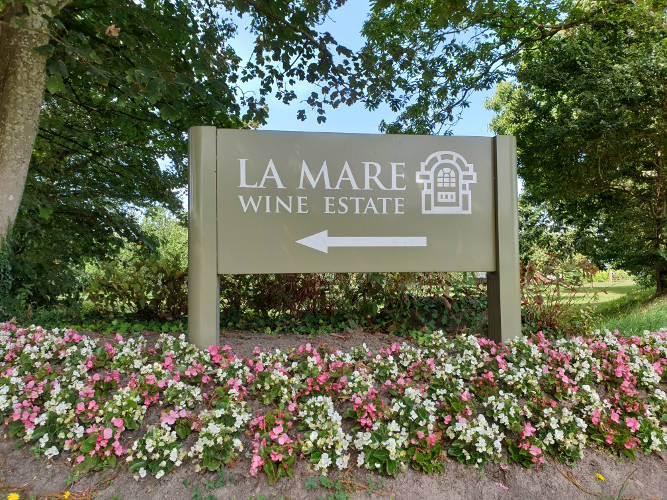 Jersey is an island of contrasts. Part of the British Isles, yet not part of the UK, it retains its own unique identity. British with a sense of La Belle France, you can use UK currency there but also pay in Jersey pound notes in towns with French names. Close to the coast of Normandy, it even has its own language, Jèrriais (Jersey Norman French) and is home to a sizeable Portuguese community. Beautiful coves and beaches adorn an island that's small - only 5 miles long and 9 miles wide - yet rich in history with a strategic wartime heritage. 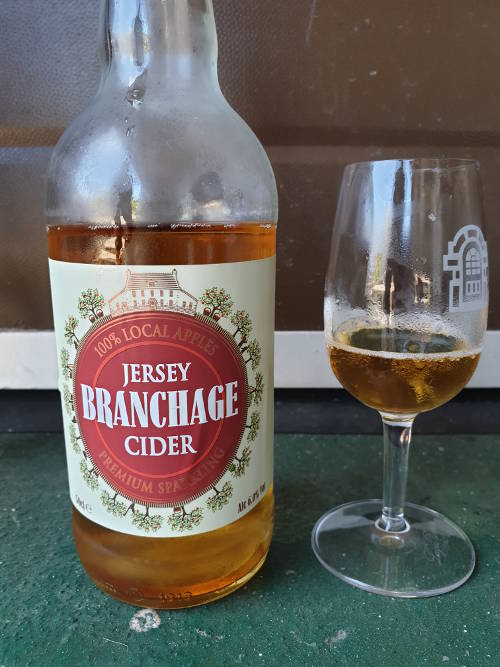 Branchage Cider is made from 100% apple juice, using a blend of the estate's and other locally grown apples.

Jersey is also the location of La Mare, the British Isles' most southerly vineyard, cidery and distillery.

La Mare Wine Estate was once a 6.5 acre arable farm, established in the mid-1700s by the De Gruchy family. The central farmhouse, built from traditional Jersey granite, dates from 1797. However it wasn't until the 1970s, when more land was secured, that vineyards were planted and the estate now has nine acres of vineyards. Additionally, it has 11 acres of apple orchards on-site and on rented land two miles away.

Wines, spirits and other products 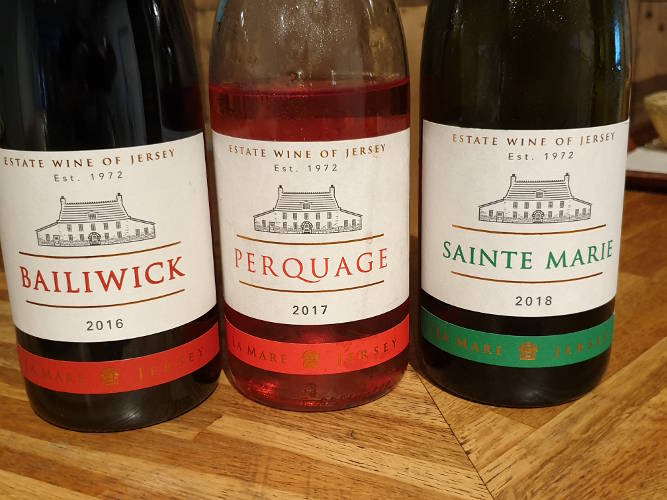 As well as making wine, the estate also produces a range of other products. These include award-winning Jersey Black Butter, cider, spirits, liqueurs, chocolate, biscuits and fudge. 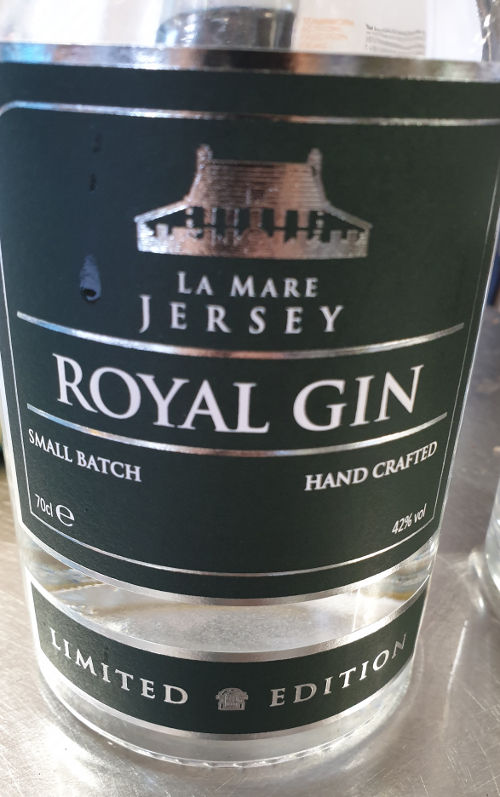 Last year, in response to COVID-19, they began producing hand sanitiser too, available to buy in Jersey and the UK.

Their Royal Vodka is based on Jersey Royal potatoes sent to a distiller in Scotland before being returned for cutting, filtering and bottling. This forms the base for the Royal Gin, as well as the popular Royal Pink Gin made with raspberry liqueur.

Last November, they launched a Christmas gin which sold very well. However, their most iconic drinks product is the Jersey Apple Brandy. 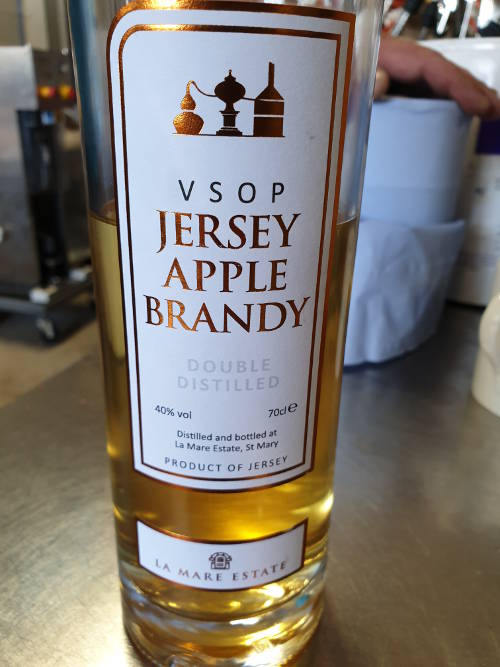 At the time of writing, winemaker and distiller Daniel de Carteret was in charge of producing the distinctive range of spirits, each given a unique Jersey twist. Tom Walker is now the new winemaker/distiller. When I visited La Mare, many months before COVID struck, Daniel spoke to me about his method of producing the highly impressive VSOP Jersey Apple Brandy. 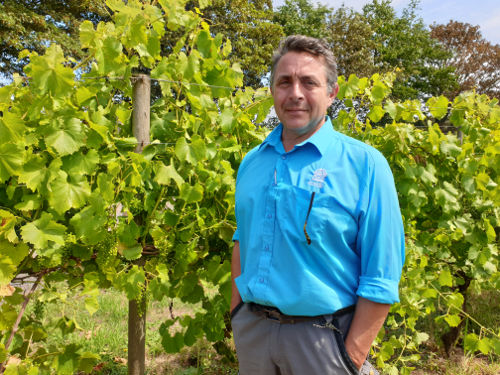 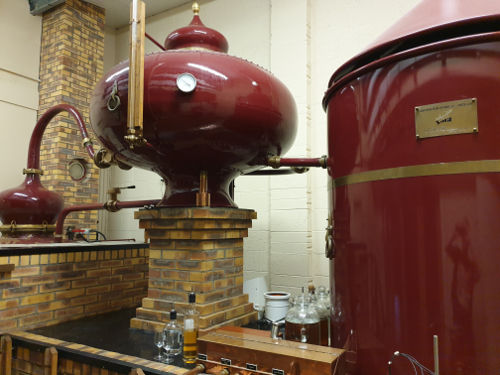 The gins and the apple brandy are made on a Charentais alembic still. This is the traditional copper pot still from Charente in western France, used for Cognac. To produce the apple brandy, the first step is to ferment a cider, leaving in as much of the lees as possible which are repeatedly stirred. This adds a creamy texture to the mouthfeel. The cider is then put through the still in a two-stage distillation process. "Roughly speaking, we follow parameters that Rémy Martin uses for its Cognac", explained Daniel.

Approximately 125L of low wines at 30% ABV are produced during this first stage. The heads and tails are run through again with the cider, pretty much continuously throughout the season. "It adds character and increases the alcohol content of the bulk cider awaiting distillation."

Six first runs of 'la première chauffe' give a total yield of 750 litres of low wines. The still is then cleaned out and readied for 'la bonne chauffe'. After taking the heads, the hearts at 74.5% ABV are run through until the ABV drops to 48%. The hearts are then cut to 'seconds'. "This is where we put our stamp of uniqueness on it", described Daniel. The seconds are then mixed back in with the low wines. "They do have their own distinct character and cannot be added in a great amount - just a bit at a time. It does lighten the eau de vie." 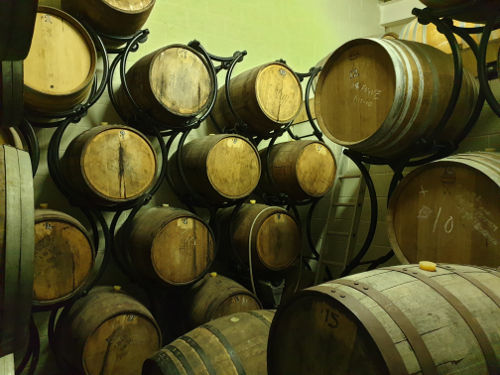 The apple brandy is then aged for two years in second fill Bourbon casks, before being transferred to older, more inert casks for a further two years' ageing. Various casks are blended and cut to 40% ABV with reverse osmosis water, prior to cold-filtering and bottling at room temperature.

The result is a mellow, smooth and light apple brandy with notes of Bourbon, baked apples and vanilla plus hints of smoke and spice. A Jersey treat that uses a traditional French still in an innovative way!