Jeroboams has launched its very first exclusive spirit, WhistlePig Single Barrel 10-Year-Old Rye Whiskey. Produced by Vermont-based WhistlePig, this unique rye whiskey has been selected by and exclusively bottled for Jeroboams with a limited batch of just 132 bottles.

This news comes at an exciting time for the London-based, independent wine and spirits specialist. In the last few years, the business has achieved several accolades, including the Drinks Retailing Awards 'Small Chain of the Year' in 2018. The same year, they added two new shops to their portfolio. Founded in 1985 by Peter Rich, Jeroboams began in retail, offering an extensive and exciting selection of fine wines and Champagnes complemented by a unique selection of specialist cheeses and charcuterie. Jeroboams now proudly operates seven specialist wine shops plus its flagship food and wine outlet, all based in London's central boroughs.

The Rise of Rye

Rye whiskey has been growing in popularity in the UK, fuelled by increased interest in 'new world' whiskies, heritage brands and cocktails. James Phillips, Jeroboams Beer & Spirit Buyer explains further: "Rye whiskey has seen a huge resurgence over the last few years as new craft distilleries throughout the USA and Canada - even the UK - revive what has historically been an incredibly important grain to their spirit heritage. Key to this revival, outside of the tendency of distillers to look to the past for inspiration, is the sheer quality and complexity of spirit that can be made from rye. We are long used to thinking malted barley, in the form of single malt whisky from Scotland in particular, is king. To have distilleries challenge this idea with rye is hugely exciting." 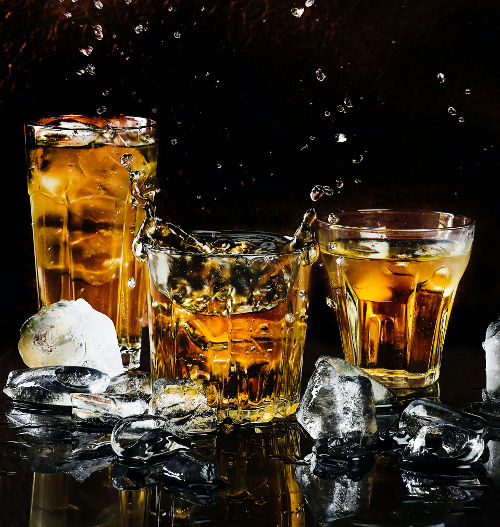 For Phillips, teaming up with WhistlePig for this rye whiskey is the right move at the right time. "WhistlePig's commitment to showcasing the potential of rye made this an exciting opportunity for us. Their output over the last five years has been tremendous in terms of quality and raising the profile of rye in the UK in particular. The UK has a consumer base actively engaged in whisky and always looking for something new. Having a single cask WhistlePig bottled exclusively for Jeroboams allowed us to engage more broadly with this customer base by putting something truly unique in front of people."

So, while it may seem unusual as an initial spirits bottling, the team at Jeroboams felt the quality, character and value for money offered by this spirit made it an easy choice.

The same is true for the decision to work with WhistlePig, as Phillips continues. "WhistlePig is an exemplary company that is committed to showcasing the potential of rye whiskey as a truly world-class spirit. The company's ethos aligns perfectly with our buying values: character, integrity and quality. As such, it was a relatively straightforward choice to work with them on this inaugural Jeroboams exclusive spirit. It was, however, less straightforward selecting just one barrel for us, as the quality of each was exceptional. Cask #20244 stood out for its complexity, elegance and very cool character that reminded us of the finest Cognacs. This quest for exceptional quality was paramount when embarking on what will be a new style of whiskey for most of our customers, as we know they expect the highest level of excellence from our portfolio. We are very excited about this whiskey and the future of Jeroboams' exclusive spirits."

Sourced by Dave Pickerall, the late Master Distiller, the new rye whiskey was produced in Canada, prior to taking the short trip down to Vermont. There, it was left to mature in new American oak until it was bottled in 2020. Cask #20244 was selected for its approachable, subtle style that combines the finesse of the finest Cognac with a depth of rich flavour and spice for which WhistlePig Rye is known.

"This single-barrel rye whiskey", adds Phillips, "boasts flavours of brittle toffee, orchard fruit (green and Pink Lady apples plus Comice pear), gingerbread and cinnamon. The classic rye spice is uplifted by a wonderful streak of lemon and icing sugar. Broad, rich and extremely elegant, notes of cooked rye, barrel spice and Jamaican ginger cake underpin a more vibrant sweet, brittle toffee flavour. Very cool, with a slight earthiness adding complexity on the finish, which is long, sweet and immensely satisfying. We know our customers and whiskey afficionados alike will love this addition to our portfolio." 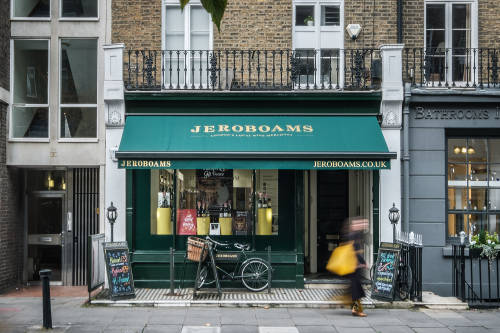 Phillips sees this new, exclusive rye whiskey bottling as symbolic of Jeroboams' vision for their growing spirits portfolio. "It affirms our commitment to search out exciting, new products and signals our intent to continually explore whiskies produced outside of Scotland. At Jeroboams, we are continuing to look at new producers who experiment and explore what is possible. Our customers are looking for the same thing. We work closely with Nikka from Japan and have started working with Swedish distillery Smögen too. I think the term 'New World' is perhaps less relevant to whisk(e)y as it is to wine. We also work closely with Bimber, based here in London, who I think most would not classify as either New World or Old World. That is what makes the continually-evolving world of whisky so fascinating right now: there is just so much innovation going on throughout the world!"

🥃 Jeroboams' exclusive WhistlePig 10-Year-Old Single Barrel Rye Whiskey Cask #20244 retails for £120 per bottle and is available from all Jeroboams shops and via their website. 🥃