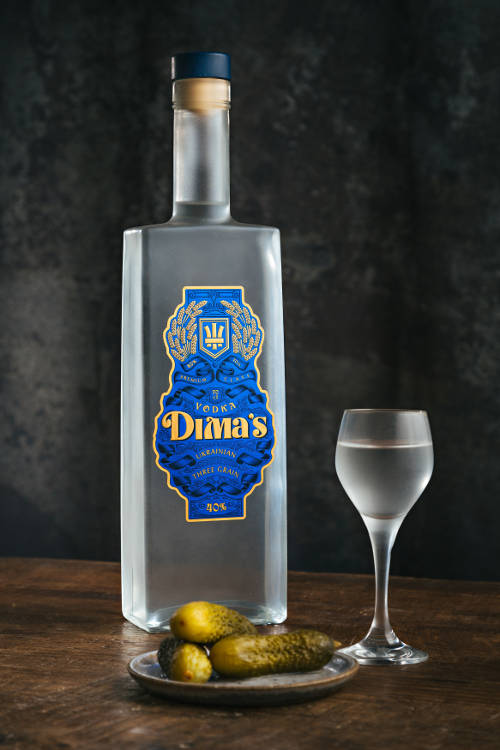 Heard of Ukrainian vodka? Well thanks to Dima Deinega, you may already have! He's a man on a mission to tell as many people as he can just how great premium vodka can be and to banish misconceptions about the category. Dima is a passionate advocate of the spirit. Born in Kiev, but raised in London, he was regularly flying to Ukraine to see family there … before COVID travel restrictions struck. So, while looking forward to future visits when able to do so, he can take stock of his achievements and plan for the future.

DBMR Insights research predicts vodka, as a category, will grow by 6.2% globally in the next seven years. Increasing demand for premium vodkas is one of the main drivers for this, as well as the growing cocktail culture. The US remains a key market for the spirit. In global comparison, most revenue is generated there (Statista). Here in the UK, Smirnoff is the second-most popular alcohol brand behind Baileys and the most famous (YouGov). 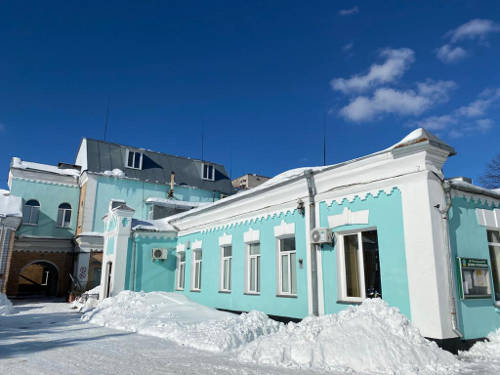 Zhytomyr Distillery where Dima's Vodka is made: the architecture is typical of a smart building from the late 19th century

Dima Deinega founded Dima's Vodka in 2020 to introduce a superior Ukrainian vodka to the UK market. It's a triple grain vodka produced using organically-farmed rye, wheat and barley. The grains grow in chernozem. This is the country's uniquely fertile, nutrient-rich black 'super soil'. It offers the very finest conditions for crops.

The recipe was painstakingly perfected in the 125-year-old Zhytomyr distillery on the outskirts of Kyiv (Kiev). It took 38 different flavour combinations and trials by the most experienced and knowledgeable Ukrainian distillers before deciding on the final product. The resultant vodka has a rich and rounded flavour profile with crystal-clear clarity and velvety smoothness that is often not found in other vodkas. It's also just 58.5 calories per unit of alcohol.

Ukraine is one of the world's biggest producers of vodka. Also Dima's father is the founder and owner of the oldest pub in the country. So, Dima himself was heavily influenced by the drinking culture there. Seeing that knowledge and traditions of Ukrainian vodka had not carried over much into the western world, the idea for his business was born. Then a few months after creating his vodka, he launched it in the UK in March 2020.

"The biggest thing I want to do", he says, "is to show Ukraine in a positive light. The country's been through a tricky couple of decades. It has an incredibly rich history, culture and traditions. Brands solely built for commercial purpose get lost. So for me, it was always a passion project. I want to showcase exactly where I come from, where I feel very close to and where my family still lives." 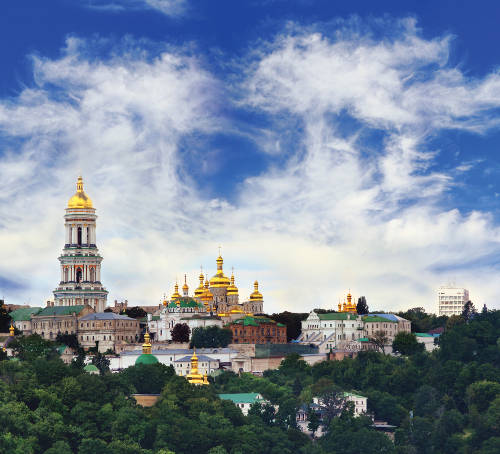 The bottle has an understated, yet classy look and feel, that hark back to Ukrainian culture and traditions. The colours of the Ukrainian flag are represented. There's blue for sky and yellow for wheat/agriculture, along with Cyrillic-style lettering. The brand logo displays a modern version of the Tryzub (Trident). This is the national coat of arms of Ukraine, showing Dima's respect for the country's proud history. Also, the square shape is practical for storage. The long neck means that you can reuse the bottle as an olive oil pourer, for example.

"You have to like vodka if you like a G&T. It's the original base of it! You need good vodka for a good gin!"

Dima is undeniably proud of his Ukrainian background. "I always wanted to do something linked to my roots and heritage", he explains. "I wanted to make a flavourful, but smooth vodka. Most of the time, it either goes into the flavoured category or into the very pure category with no flavour. The balance is a tricky one. It never made sense to me for vodka to be tasteless. That just gives it a terrible reputation with memories of terrible hangovers drinking warm, horrendous vodka at university! The mixers were terrible as well, but people do have these preconceptions. What we're trying to do now is educate and re-educate people. You can have vodka on its own. You can sip it and enjoy it. It's not just something to provide alcohol content to a cocktail. It's there in its own right." 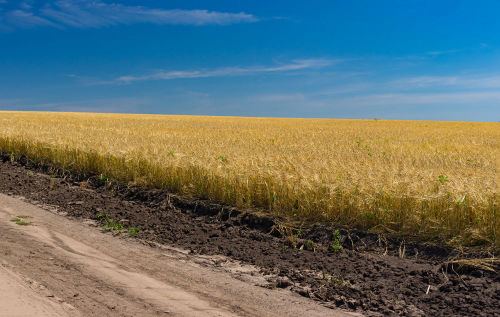 Vodka plays a huge role in Ukrainian drinking culture and toasting, most significantly, the practice of Budmo! Meaning 'let us be', this tradition sees 13 vodka toasts made between families and friends during long nights! These celebrate friends, family, love, health, happiness and anything else!

Potato vodka is often perceived as a more luxury product with a creamy, smooth taste. However, the number of potato-based vodkas on the market today is very small and there are many high quality alternatives. Any combination of sugar and yeast can produce vodka. These include grapes, rice, molasses, corn, grass or even milk. This makes it an intriguing and varied category. Most vodka is now made from grains, such as wheat, rye, barley or a combination of them. The gluten is removed during distillation.

Dima's Vodka: it's all about flavour and balance!

"The nicest part of this journey is seeing people enjoy my vodka! Authenticity is banded about too much. It should always be in the product itself and not in what is said."

Every vodka tastes different with a distinctive variation of aromas and flavours coming through. Corn-based vodka, for example, has a sweetness to it. Wheat-based vodka tends to be drier. A grain-based vodka like Dima's has different characteristics. There's pepper, aniseed and lemon zest from the wheat, sweet nutty notes from the rye and bready notes from the barley. Other vodkas can have vanilla, spicy and earthy notes, depending on how they are distilled.

Dima specifically chose to make a grain vodka rather than using potatoes. His aim is to highlight perfect balanced flavours from all three grains. "Potato is nice", he says, "but it has a very specific flavour. With this, you can get so many different options and ways to serve. Also, it's showcasing exactly what Ukraine is famous for. The main proof is in the taste. Once people try it, they see layers of complexity, smoothness and flavour they didn't expect. That's where vodka now is going. Flavour in itself is becoming way more important now." 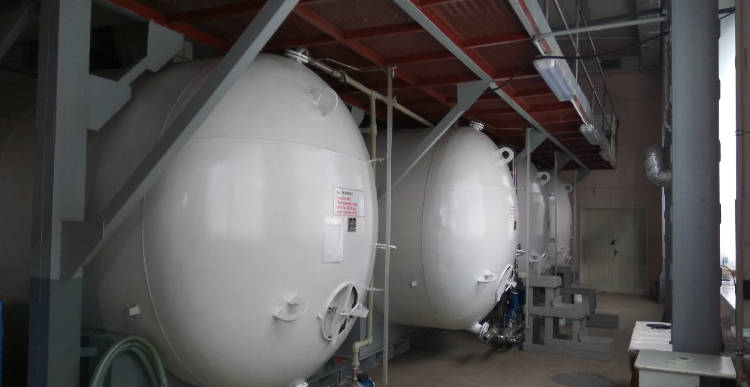 The process uses several 700L column stills for three distillations. The spirit is then filtered through sand to remove impurities and charcoal to soften any harsh flavours and mouthfeel. It's then rested for a week to allow the complex flavours to settle and integrate before bottling.

How best to enjoy Dima's Vodka

Dima's Vodka delivers nutty, rye aromas with a hint of aniseed. These continue on the surprisingly smooth palate with an edge of sweet vanilla creaminess and a light touch of spice. The rye flavour builds, brought out more perhaps by the nuttiness of the barley. This makes the vodka a particularly good pairing with the briny, tangy snacking pickles Dima recommends.

As with most spirits, the main flavour profile can be gauged best at room temperature. Vodka changes viscosity when served ice cold which contracts the flavour profile. This means it is sometimes 'easier' to drink a poorer quality vodka straight from the freezer. However, many premium vodkas are intended to be enjoyed at room temperature. This is where the complexity of their flavour profile is most present. "People are becoming increasingly open to having vodka and other spirits at ambient temperature", says Dima, "even if it does mean battling their unpleasant university memories!"

Getting in a pickle!

The conventional way to experience vodka in Western Europe and the USA is as part of a mixed cocktail. However in Eastern Europe, vodka is enjoyed predominantly as a sipping drink. In Ukraine, vodka is traditionally served neat in a stemmed shot glass with pickles.

If you have the pickle before a sip of vodka, it adds salinity. If you eat it after, it helps to cut through the sharpness of the ethanol. However, this vodka is smooth enough not to leave an alcohol burn anyway! 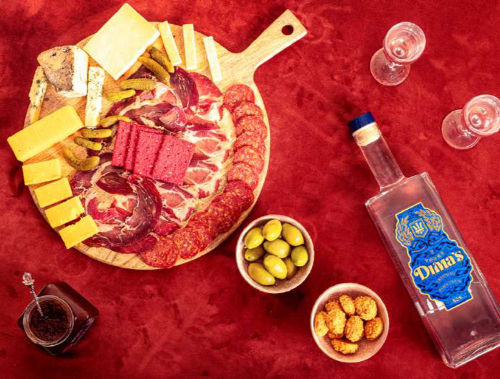 Vodka is a really versatile spirit for food pairings. Charcuterie boards are often served with sipping vodka in Ukraine as part of a tapas-style, pre-dinner appetiser. The fattiness of the meat not only lines the stomach. It also softens the vodka to create a well-balanced easy-drinking flavour combination. Dima recommends award-winning Capreolus Fine Foods of West Dorset, for the perfect meat combo.

Dima's Vodka goes very well too with a creamy cheese, or even a cheesecake. So, it's a great palate-cleansing alternative to a dessert wine at the end of a meal … and for a deliciously dangerous picnic, how about rye bread, oatcakes, cheese, pickles, charcuterie, olives and Dima's vodka. Mmm!

Dima is partnering with The Pickle House for a ready-made pickle juice. This fabulous ingredient works really well in so many cocktails. "It adds such a complex layer of salinity that you can't really get from anything else", he explains. "Pickle juice really gets across the salty, umami flavours."

You'll soon be able to buy a bottle of Dima's Vodka with a pack of pickles and a bottle of Pickle House Juice for £40.

He's also entered into a partnership with London's famous Gibson Bar. They will be making small bottled cocktails using Dima's Vodka and their own in-house pickle. These include a Pickled Gimlet, Espresso Martini, Sea Buckthorn Cosmopolitan and Fig Martini, all made with Marian Beke's visionary touch.

Plans for the future

Dima says he has big plans to expand into the US and Europe. However, at the moment he's concentrating solely on the UK to establish the brand. Future ideas also include potentially producing other vodkas made from single grains with individual flavour profiles.

In the meantime, you can buy Dima's Vodka online from their website with a packet of Serious Pig seriously moreish snacking pickles included. A 70cl bottle costs £35, while a case of six is £180. Additionally, a Gift Set (20cl bottle, shot glass, cocktail recipes and pickles) is only £25. Budmo!