Gin and tonic or tonics and gin?

All images by Robin Goldsmith, unless otherwise stated 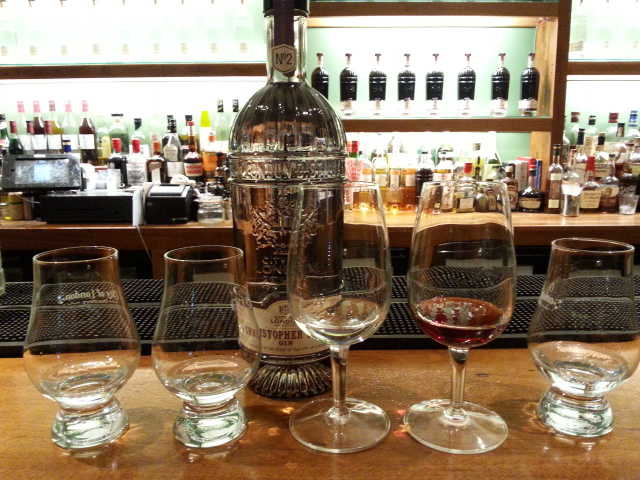 C.O.L.D. gin samples at the bar

While the gin industry goes from strength to strength and new craft gins with their own distinctive flavours regularly appear on the market, perhaps it's time to consider the tonics and mixers too. Increasingly, these have been going "upmarket", along with much of the soft drinks category. Many drinkers are now choosing artisan non-alcoholic options to imbibe on their own or as part of a cocktail.

In June last year at London's Imbibe Show, I stopped by the Franklin & Sons stand and was impressed by their range of soft drinks, in particular their Dandelion & Burdock, the best version of this traditional British drink I have ever tasted. 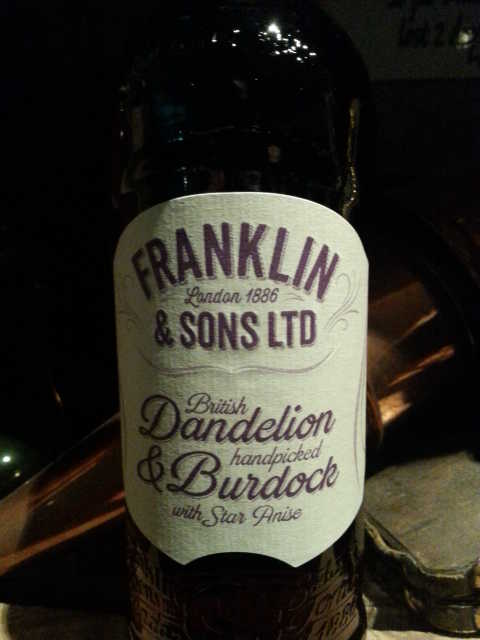 The company started out in 1886, when the Franklin brothers began introducing new taste experiences to Victorian Britain, using high quality hand-picked ingredients from around the world. Over 100 years later, following a relaunch, the company has now expanded its range of premium adult soft drinks to incorporate botanically crafted tonics and mixers. 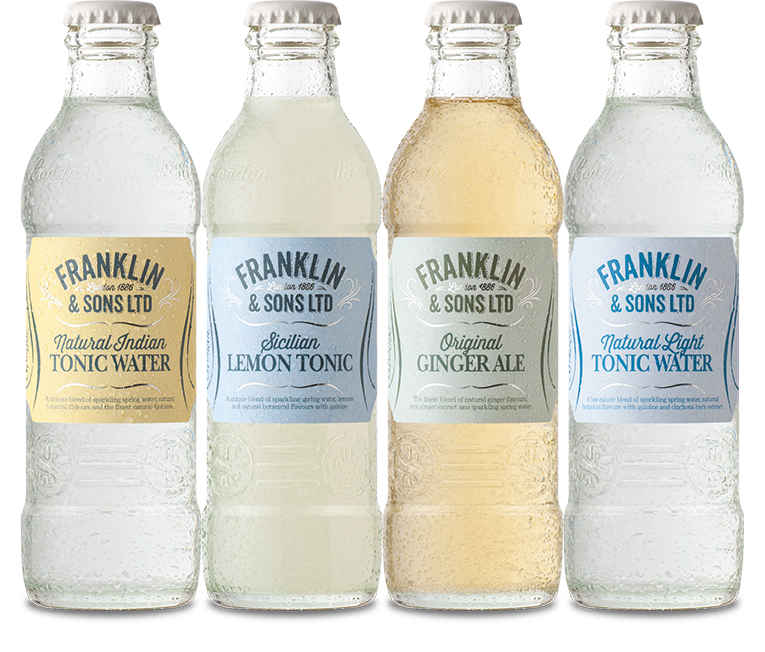 Distributed by Global Brands, the range comprises Natural Indian Tonic Water, Original Ginger Ale, Sicilian Lemon Tonic and Natural Light Tonic Water. Each flavour is made with specially sourced Staffordshire spring water and ingredients used include root ginger extract and natural cinchona bark extract from Ecuador. No artificial colours or flavourings, preservatives or sweeteners are used in any of their products. 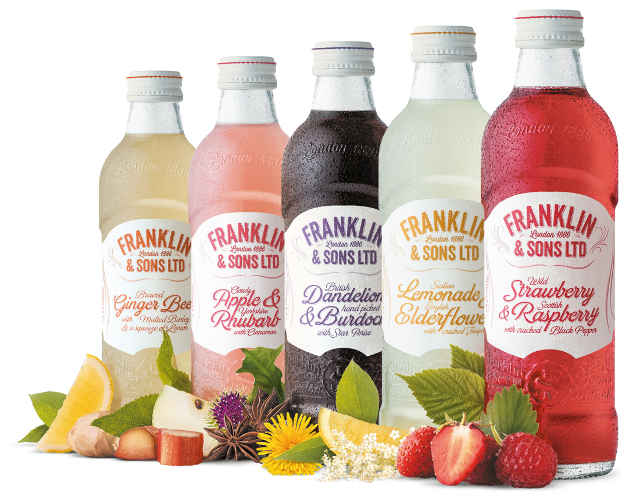 Simon Green, Marketing Director of Global Brands, said: "Franklin & Sons is a brand rooted in its Victorian heritage and has a passion for original, great tasting drinks. With the latest range of premium tonics we are establishing links in the brand's home city of London as well as the best bars across the UK and further afield. 'Adult soft drinks' is an underdeveloped category and the Franklin & Sons range will help to unlock opportunities for retailers with the delicious line-up of recipes that stand apart from the usual suspects." 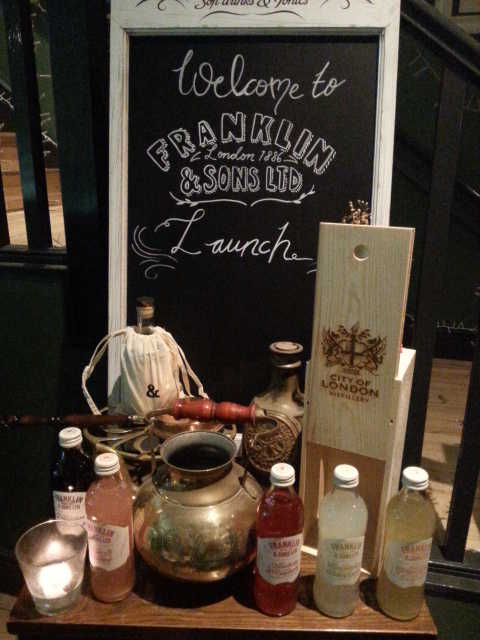 Two months ago, Franklin & Sons held a launch party for its new range of drinks at City of London Distillery, based just off Fleet Street, the historic home of both British journalism and a barber with anger management issues. With no sign of Sweeney Todd in sight, I walked down a flight of steps into the C.O.L.D. bar, a retro, speakeasy-style cocktail bar overlooking the gleaming copper stills of the distillery itself.

This is a unique and atmospheric venue - a perfect place for a launch of mixers and tonics. City of London Distillery started in 2012, bringing gin distilling back to the City after an absence of nearly 200 years. 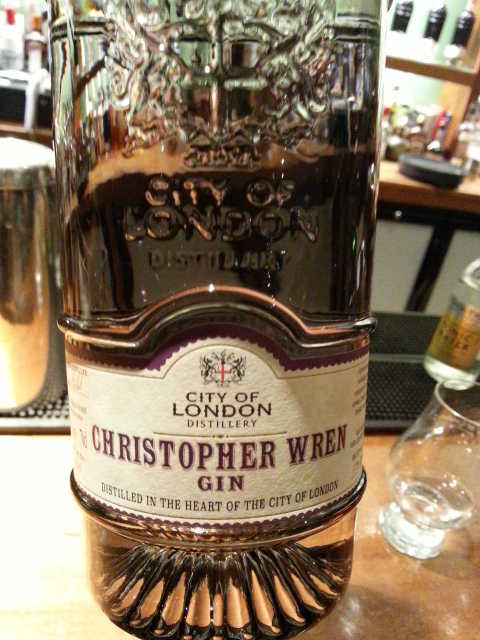 Their first product was a classic London Dry Gin, followed by a Sloe Gin, Square Mile Gin (a celebration of their location in the heart of the City of London) and Old Tom Gin. More recently, they have worked with Master Distiller, Tom Nichol to develop a new cocktail gin called Christopher Wren, named after the acclaimed 17th/18th century architect who designed many notable buildings including St. Paul's Cathedral. 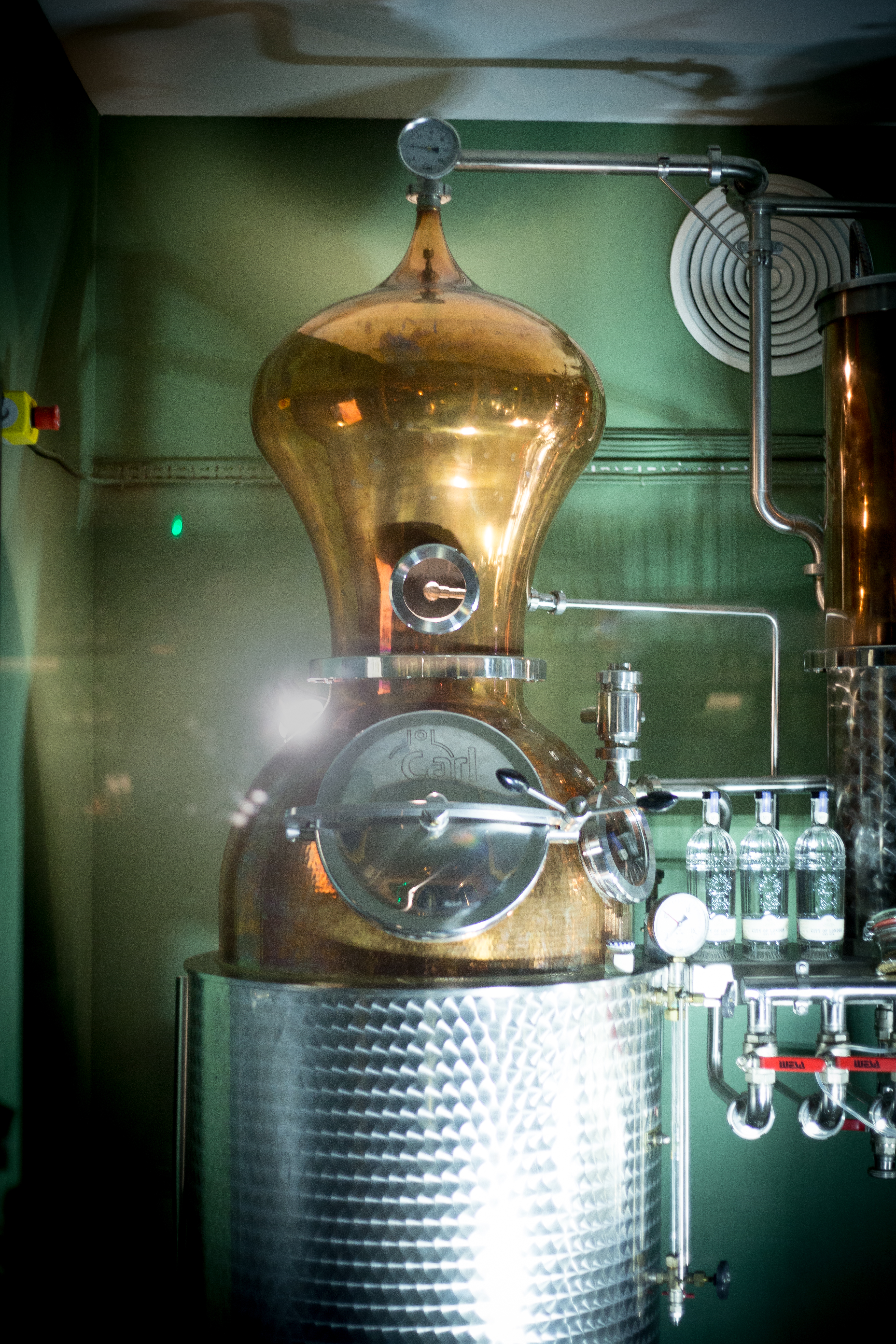 Distillation occurs in a copper pot still, using a small batch 'one-shot' method in which the juniper and other botanicals are macerated together in the neutral spirit for around 16 hours and then distilled, before water is finally added to reduce the spirit to bottling strength. Since all the alcohol goes through the still, the result is a smooth, juniper and citrus-led gin in which the botanicals can really be tasted, rather than the ethanol dominating. New bottle shapes also pay homage to the distillery's location in the City of London, with a realistic portrayal of the dome of St Paul's Cathedral. 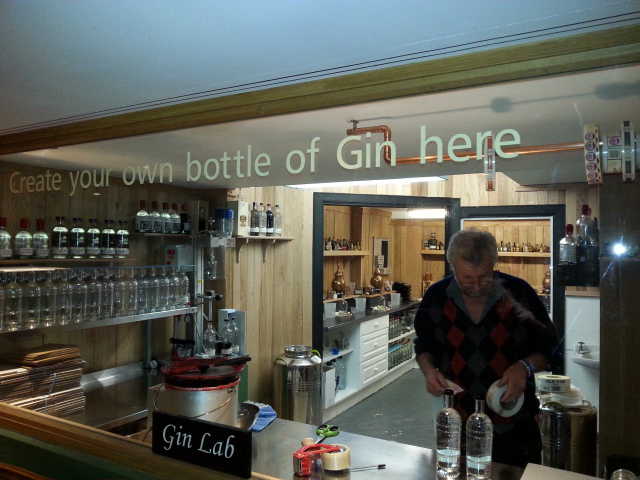 Operations Manager, Luke Shackleton, explains what makes C.O.L.D.'s gins special: "Our uniqueness comes from our links to the City of London, the fact that we do everything in-house from the distillation process itself to the bottling and our commitment to flavour-packed traditional styles. Also, every palate is different, so there is always someone out there who will find a gin they like from our range." 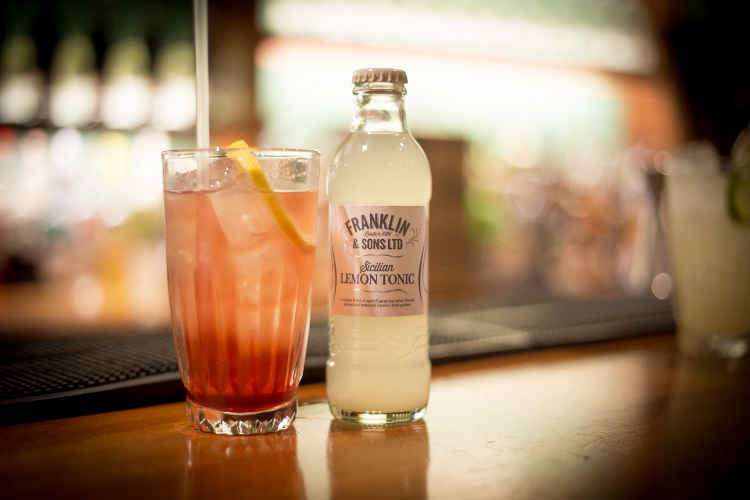 There is a symbiotic relationship between the gin and premium tonics markets, each increasing interest in the other. Luke explains: "The gin market is getting stronger, so it can benefit even further from good quality tonics. Franklin and Sons is one company that fits the bill in this respect and their Sicilian Lemon Tonic would be a great match for our Old Tom or Sloe Gin, balancing the sweetness of the gins with the citric sharpness of the tonic."

Whereas gin used to be seen as more of an old person's drink, this is certainly not the case now. Indeed, it is precisely the 25-35 year-old age group that is spurring success within the market. There are clear similarities here between the growth of micro-distilleries and the craft beer boom, something Luke Shackleton notes: "Young professionals are really driving both these markets, with greater disposable income and more willingness to experiment with drinks. Additionally, our venue bar has helped drive sales and we also offer distillery tours, tasting sessions and two-hour gin making sessions!"

Currently, the company distils twice a week using one still, but their target is to distil twice a day on both of their copper stills, Clarissa and Jennifer, named after the late great Two Fat Ladies celebrity cooks, Clarissa Dickson Wright and Jennifer Paterson. So long-term, the company is looking to increase its annual production from 25,000 to 100,000 bottles. City of London Distillery's gins sell in various UK stockists, including Harrods and Fortnum & Mason, but they also have a growing export market, notably in Norway, Austria and the Netherlands. However, Luke feels that there is great potential in the US, particularly in the east and west coast states, such as California, so watch this space! 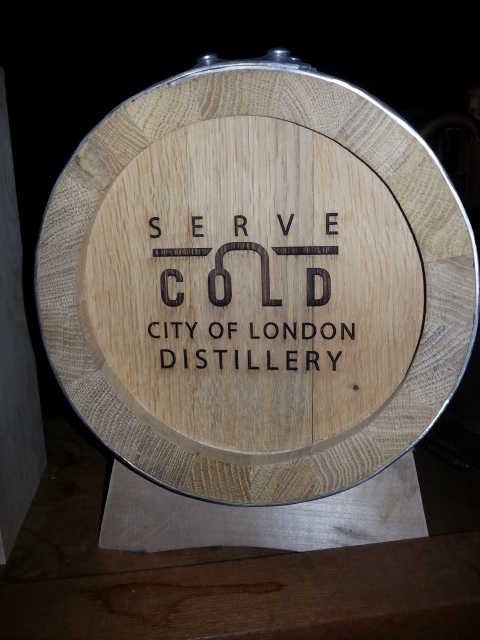 Unlike the name suggests, this traditional style of gin does not have to be made in London, but it is legally defined in other ways - it must be distilled to at least 70% ABV, must not contain any artificial ingredients and have no flavourings or colourings added after the distillation process. Additionally, the amount of sugar added post-distillation cannot exceed 0.1 grams/litre.

Along with the Christopher Wren (see below), this is City of London Distillery's biggest seller, both as a take home product and also from the bar. This is a true 'gin and tonic' gin, with a big juniper nose and a fresh citrus peel character plus spice from the coriander seeds. The palate is smooth, long and full of flavour with pink grapefruit notes adding a touch of sweetness to the finish. 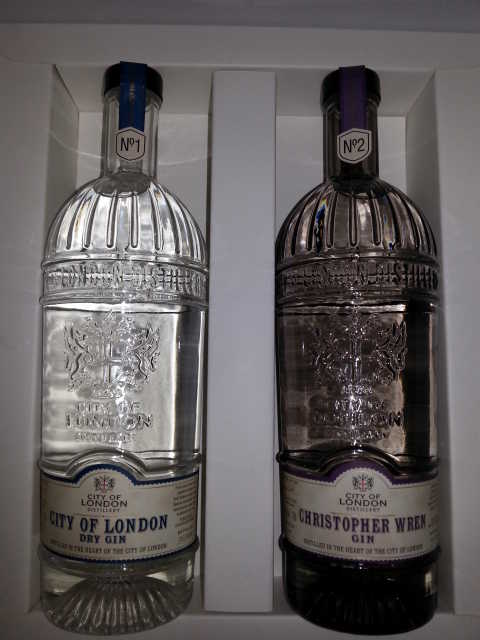 This is another traditional style of London Gin, but with greater depth of flavour and alcohol. It is beautifully smooth and complex with notes of dried sweet orange peel complementing the coriander seed spice and floral plus earthy notes from the angelica root. This is a good example of how the company only uses a small number of botanicals, extracting as much flavour as possible, to produce a classy gin with a very long finish, perfect in a G&T or a Martinez cocktail.

A classic, sweeter style of gin with origins in the 18th Century, City of London's version takes you on an organoleptic journey from citrus to spice. Initial notes of citrus from the lemon and bitter orange peel lead on to a palate of liquorice, violet (from the orris root) and warming spice courtesy of the coriander seeds and cassia bark.

Another traditional British drink, the key ingredient here is the sloe berry, which is NOT in fact a berry but a stone fruit, or drupe, similar to a small plum. Traditionally sipped from a hip flask while playing golf, watching rugby or on shooting trips, this style has become increasingly popular as a cocktail base, e.g. in a Charlie Chaplin. C.O.L.D.'s Sloe Gin has a vivid red colour and is not overly sweet, but is very fruity with a rich almond and cherry-stone flavour. It's good drunk neat and with a tonic, but pairs really well with the sharpness from a bitter lemon-flavoured mixer.

This is a beefed-up London Dry with big flavours on the front of the palate, but no alcoholic burn, partly due to the creamy and herbal mouthfeel afforded by the addition of winter savoury in the mix of botanicals. Orange remains the dominant flavour, but notes of lemon, aniseed, spice, nuts and an earthy quality are also present. 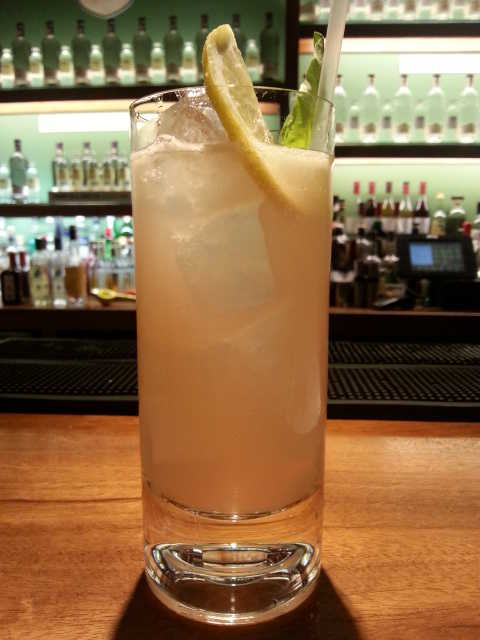 With different styles of gins and tonics, there is plenty of choice from City of London Distillery and Franklin & Sons to satisfy the most demanding of palates. So the next time you pour yourself a G&T, don't just think about the gin, but consider which type of tonic to use to complement the particular gin style. Have fun experimenting and when you get it right, you'll be hooked for life. Cheers!