The Liqueur of Portugal! 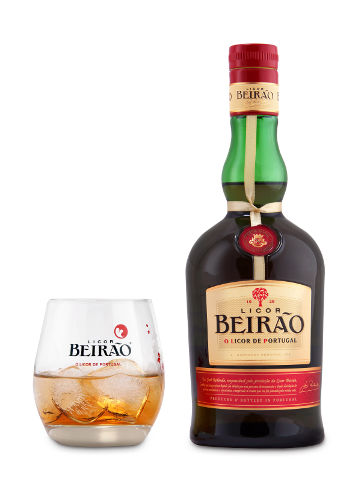 All images by Nuno Alves Rocha, unless specified otherwise

Portugal is known for many things - football, Fado, tourism…, but I really love the country's food and drink. One alcoholic treat that is sold in more than 40 countries around the world is Licor Beirão, Portugal's favourite spirit which has been produced in the J. Carranca Redondo distillery since 1929. 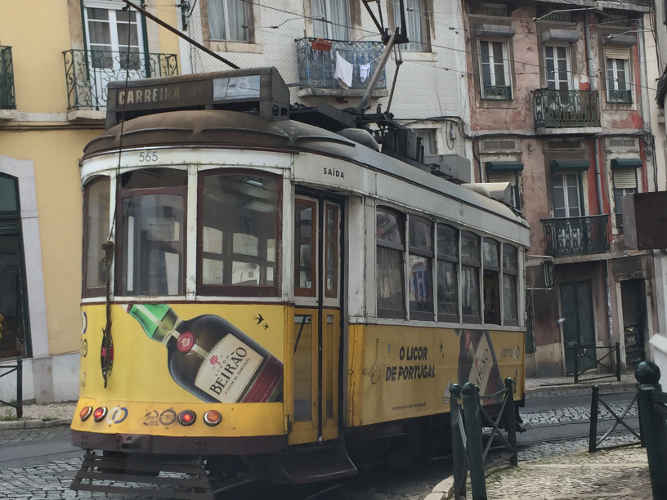 Made from a secret recipe, passed down through three family generations, of 13 botanicals and local spring water, this 22% ABV seeds, spices and herbs-based liqueur had originally been produced in the 19th century as a medicinal aid for stomach pain! Today, its consumption may be for different reasons, but the original copper stills remain at the heart of the production process and the taste remains unique.

Cold maceration for a minimum of three weeks allows the aromas and flavours of the botanicals to infuse the spirit base. This is followed by a double distillation, after which the liqueur is filtered and stored in stainless steel vats for a few months prior to bottling. Each bottle is then adorned by a yellow ribbon which is still tied by hand - that's an average of 30,000 every day! 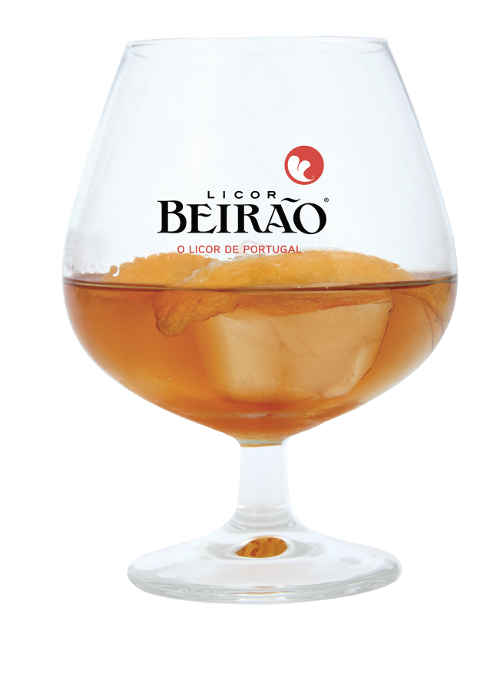 Licor Beirão, 'Portugal Liqueur of the Year' in the New York International Spirits Competition 2015, is sweet, but not cloyingly so. Delicate on the nose and palate, with notes of eucalyptus, rosemary, cinnamon and other spices, there is a refreshing touch of bitterness which offsets the sweeter notes perfectly. Although great served simply "On the Rocks" with a slice of lemon, there are numerous cocktail options available and here are some suggestions from Export Manager, Nuno Alves Rocha:- 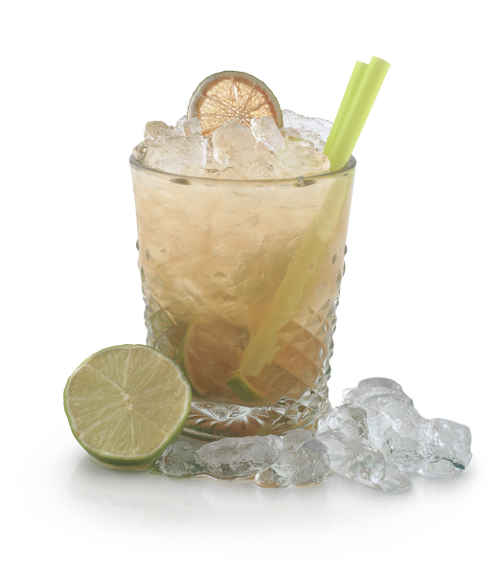 Caipirão made with Licor Beirão

Cut half a lime into quarters and muddle in a glass. Add crushed ice, 40ml of fresh lemon juice and pour over 60ml of Licor Beirão. Shake for about eight seconds, then garnish with a slice of lime. 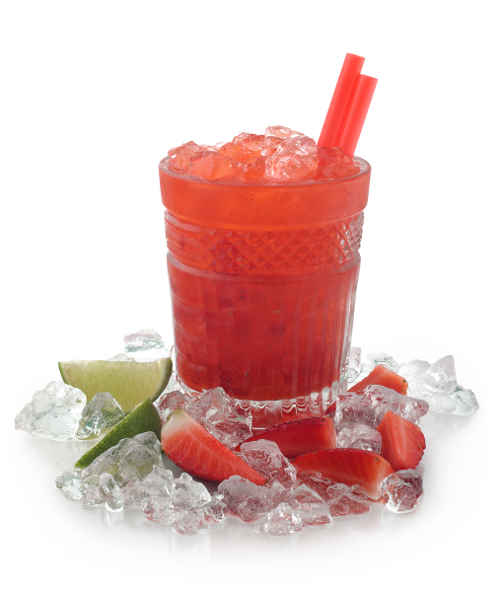 Morangão made with Licor Beirão

Muddle six strawberries and 40ml of fresh lemon juice in a Boston-style glass. Add crushed ice and 60ml of Licor Beirão, then shake for six seconds and serve with two straws. 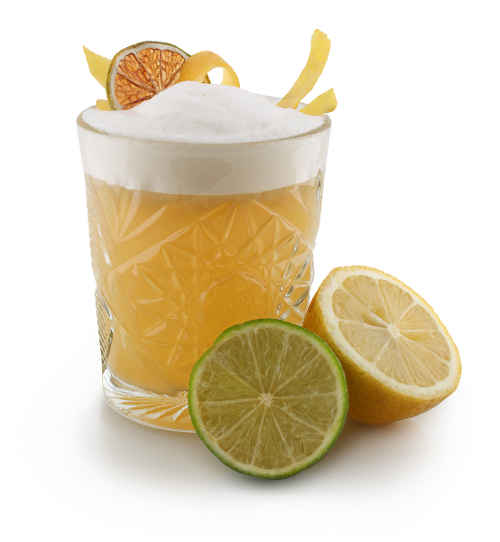 Shake and strain into a pre-burn wood mug. 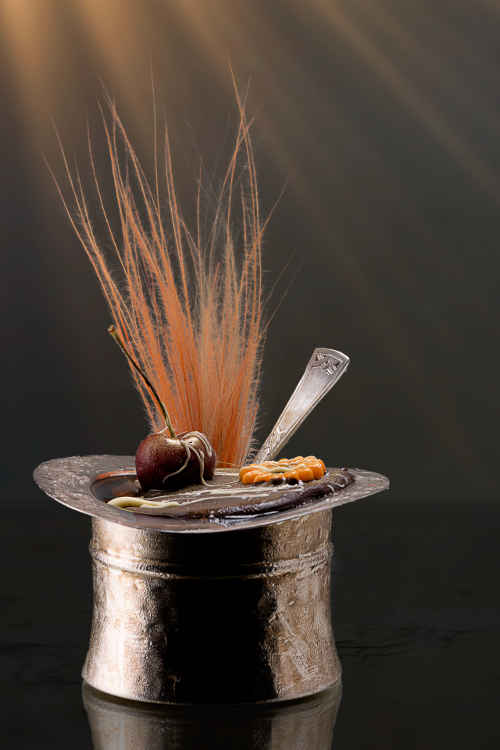 Smoke and stir in mixing glass. Serve inside mini-hat with homemade chocolate on top as garnish.

Tarcísio Costa, General Manager of Mussels 'N Sausages, recommends Ditmars 35-01, named after the Astoria address of his NYC concept restaurant where the cocktail was conceived:- 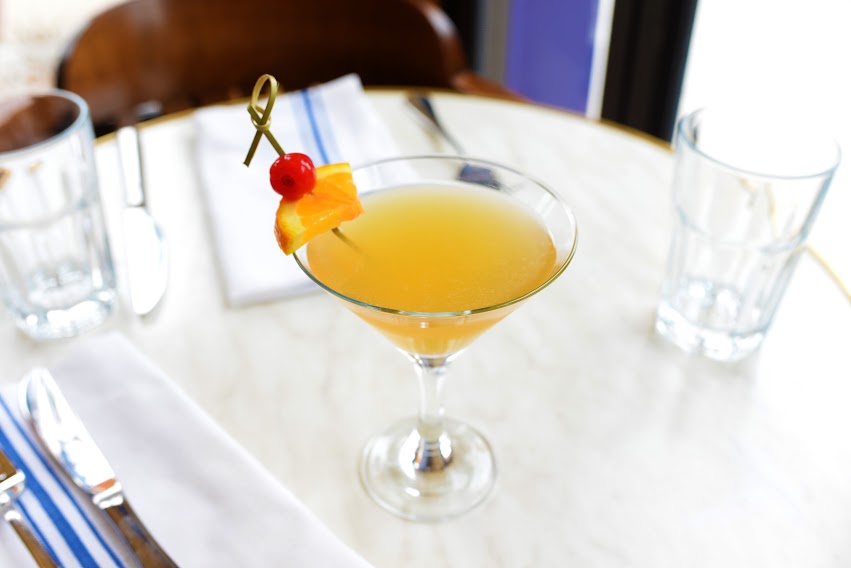 Add 1.5oz Queens Courage Old Tom-style gin, 3/4oz Licor Beirão, 1/2oz fresh lime juice and 2 barspoons of Fernet Branca to a cocktail shaker filled with ice and gently roll it (so as to avoid bruising the gin) until chilled. Strain into a coupe and float 1/2 orange wheel on top as garnish.

Additionally, the liqueur's versatility lends itself to many sweet and savoury food recipes. Here are two provided by the company:-

Main ingredients
4 wedges of boned, skinned salmon (200 g each)
Salt and pepper
1 bunch spring greens
800g of red sweet potatoes
1 onion and 3 cloves of garlic
100ml olive oil and 2 green tomatoes
50ml of Licor Beirão
Sauce
Salt and pepper
1 bunch of chives
Preparation
Season the wedges of salmon with salt and pepper. Sear the salmon in just its own fat in a non-stick pan until it forms a crust all around. Meanwhile, bake the spring greens and sweet potatoes (cut into thick wedges) in boiling, salted water for about five minutes. For the sauce, sauté the chopped onion and garlic in olive oil, then add the diced, seeded tomatoes and drizzle with Licor Beirão. Season with salt and pepper and cook until the tomatoes soften. Mix in some of the chopped chives. Drain the greens and potatoes, arrange on a serving plate and place the fish on top. 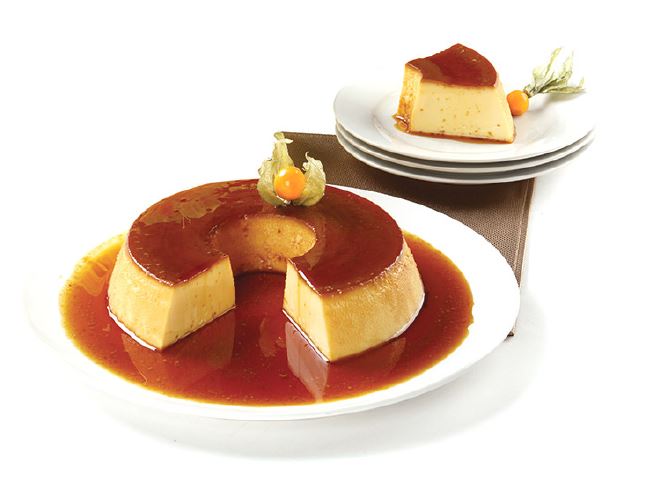 Ingredients
1l of milk
1 strip of lemon peel
220g of sugar
2 tablespoons of flour
10 eggs
100ml Licor Beirão
Bought liquid caramel to grease the tin
1 physalis to decorate
Preparation
In a pan, bring the milk to the boil with the strip of lemon peel. In a separate bowl, whisk together the sugar, flour, eggs and Licor Beirão. Pour in the hot milk slowly and steadily, whisking constantly. Grease a 23cm diameter tube cake tin with caramel and pour in the mixture. Bake at 200øC in a bain-marie for about an hour. Remove after cooking, allow to cool and turn out on to a serving plate. Decorate with fresh physalis and serve. 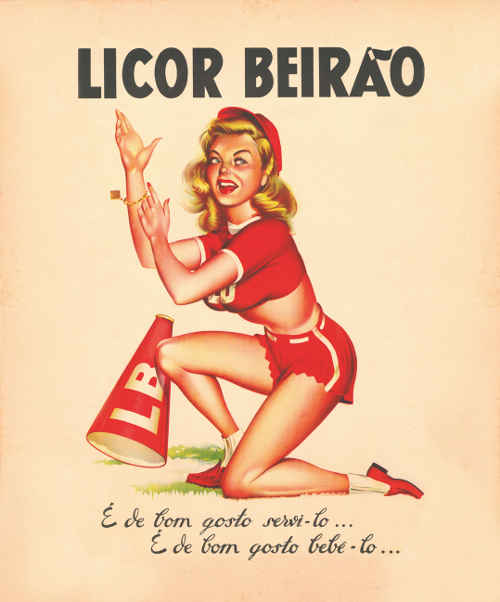 An advert for Licor Beirão

Licor Beirão is available in the UK from Gerry's Wine & Spirits and Portugalia Wines and in the US from HGC Imports, Aidil Wines and Saraiva Enterprises.

This is the full version of the article written for The Alcohol Professor.