A world of quality! 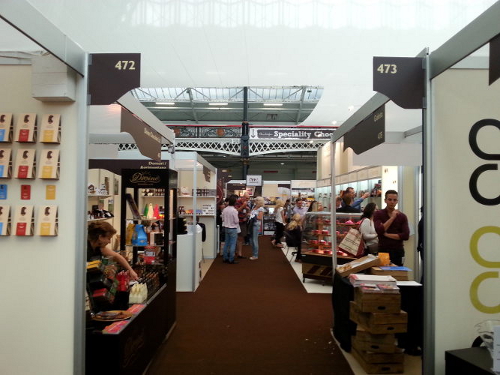 The Speciality & Fine Food Fair 2013 attracted a mix of new and established food and drink products from all five continents. This year, I was really impressed by the quality on show from the UK and from Southern Mediterranean countries and regions, in particular. With plenty of excellent products to see and sample, here are my personal highlights:- 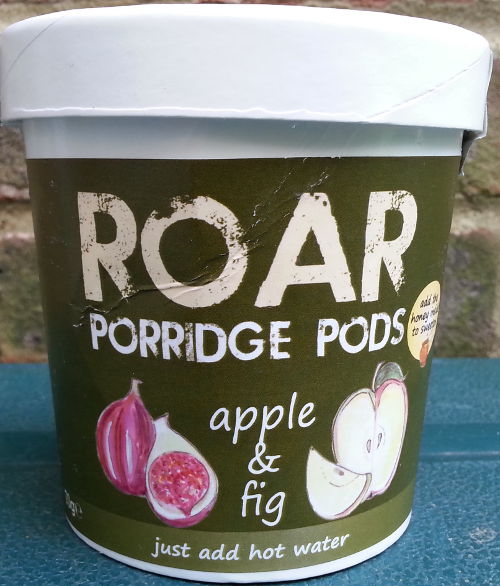 I have reviewed ready-made porridge pots before and there now seems a plethora of choice on the market. One company new to me and which was represented at the show is Roar. They produce a range of muesli, granola and porridge in individual 60-70g portions. Their porridge pots come in three flavours – "pure with seeds", "raspberry & pomegranate" and the one that I sampled, "apple & fig". Rather than sweetening with sugar, a small sachet of honey is included, which, along with the touch of cinnamon in the blend, creates a satisfyingly rich and mouth-filling way to start the day.

Melia delifoods is ECO GREEN’s brand name for a variety of Greek food products, including four types of gourmet cheese. Two of these are hard cheeses made from cow’s milk - San Michali and Graviera, the latter a particularly good alternative to Parmesan. One is a semi-soft cheese similar to Ricotta, made by mixing milk or cream to the whey of sheep’s or goat’s milk – Manouri. The other is a cheese, made from pasteurised sheep’s and goat’s milk and which is very familiar to UK consumers - Feta. However, this is not Feta as we tend to know it – rather a much richer version of the Greek classic with better texture and balance of flavour. All these cheeses were utterly delicious and would make an interesting addition to any cheeseboard, as well as providing the basis for salads or used in cooking.

Extremaduran Warehouse imports several artisan cheeses from the west of Spain. Some, such as the wonderfully creamy Torta del Casar sheep’s cheese, are flavoured with the ground seeds of wild thistle, which impart a subtle bitter, but nevertheless delightful flavour. The company also provides small jars of cream cheese, such as the Crema de Queso Oveja, made by mixing 90% Torta del Casar with 10% sheep’s cream. This delicious sandwich filler may be of particular interest to consumers searching for vitamin-rich substitutes for cow’s milk cheese spreads and who find the lactose in sheep’s milk easier to tolerate.

There were plenty of quality cheeses closer to home and some of the best came from Ireland. Knockdrinna Farmhouse Cheese from County Kilkenny produces a range of goat’s, sheep’s and cow’s milk cheeses, varying in strength, texture and flavour. Their Knockdrinna Gold goat’s cheese was an award winner at the 2013 British Cheese awards and was noticeable for its smooth, creamy and subtle flavour, rather than the strong, salty and sharp aftertaste sometimes associated with this style of cheese.

The importance of traditional, local provenance in artisan foods has been increasing over several years now. Bodnant Aberwen Cheese, from the Conwy Valley in North Wales, is based on a 300-year old recipe and made from a herd of cows milked at a farm one mile away from the dairy. The cheese is crumbly with a nutty, creamy and slightly citrus flavour and would make a great alternative to Cheshire cheese.

Godminster is a successful and well-known brand and their organic Brie is another example of a high quality locally sourced product. The fresh milk comes from Godminster Farm in the heart of Somerset and my favourite of the range is their "Traditional Organic Brie", which is beautifully fresh, light and creamy. They also produce organic Brie, flavoured with black pepper or garlic and chives. 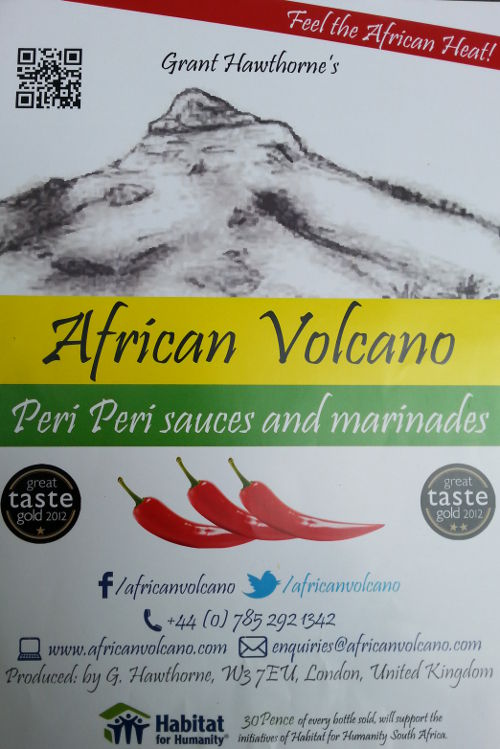 African Volcano produces award-winning Mozambique-style peri peri sauces, marinades and dry-rub seasoning, developed by Master Chef of Great Britain, Grant Hawthorne. Rather than providing just a hit of heat which could overpower many dishes, these are full of flavour and can complement a variety of meat, fish and vegetables. From every bottle of African Volcano sold, a donation of 30p is given to the Habitat for Humanity’s Youth Build project in Cape Town.

Another product from the African continent is Dillito’s fresh homemade pepper sauce. Based on scotch bonnet peppers and no artificial preservatives or colouring, this certainly packs a punch, but like all good spicy sauces, it has plenty of flavour. A versatile cooking ingredient, I think it would go particularly well with fish or chicken. 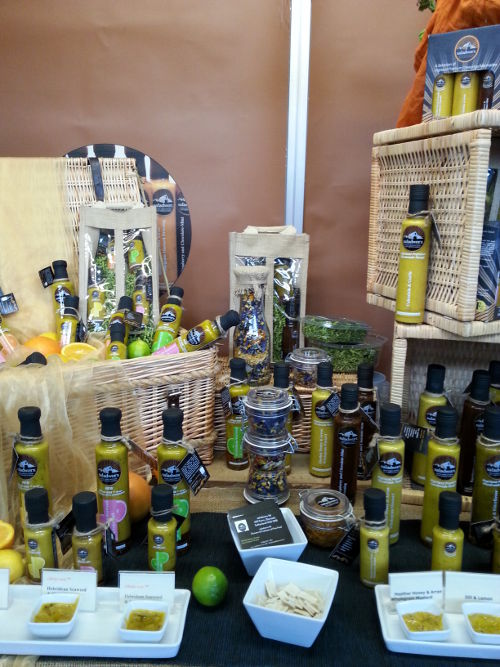 I’m a big fan of this category and the choice available nowadays is very impressive. saladworx ltd, from Dornoch in the Scottish Highlands, makes multi award0winning salads and innovative dressings for the on and off-trade. Their range includes the new "Citrus-sea" flavours, which combine mineral-rich seaweed with lemon, lime, orange or grapefruit juice and cold pressed rapeseed oil – absolutely delicious, drizzled over fish or salads.

Another UK product in this category is blodynAUR Welsh rapeseed oil. Their omega-3 rich oils are cold-pressed and, due to the high smoking point, are ideal for frying, roasting and baking. My favourite of their range was the garlic flavour, which was smooth, not overpowering, but with enough taste to enhance many dishes.

Consumers are increasingly interested in alternatives to the popular high street ice cream names and, as usual, there was plenty of quality on show. One of my favourites was Salcombe Dairy’s aromatic, flavour-packed and refreshingly tangy Seville Orange sorbet. Like many of their products, this is a Great Taste Gold winner (2011) and is one of the best sorbets I have tasted in the UK.

Solleys Farms’ pride themselves on making "Kentish Real Dairy ice cream" from high quality ingredients which are sourced locally, whenever possible. Their latest adventurous and novelty flavour unveiled at the show is Wasabi. Sourcing the root vegetable from Dorset’s The Wasabi Company, the resultant ice cream is creamy with a sweet mustard-like taste, making it ideal for accompanying both sweet and savoury dishes.

No mention of top quality British ice cream would be complete without a mention of Simply Ice Cream. Their cinnamon flavour, with its smooth, sweet and gentle spicy taste, would grace any Christmas menu and their fabulous mango sorbet won a 2013 Great Taste Gold 2-Star Award.

Kaoka are specialists in high quality organic chocolate with an ethical conscience. Their core principles cover respect for both the environment and for human dignity, providing fair wages and a commitment to quality. Among their excellent products is a range of black chocolate bars, including an 80% cocoa Ecuador single origin, which is rich and floral in character.

Solid Chocolate Co. Ltd. is a new company, producing 700g solid chocolate eggs. The eggs are 15cm tall, made of Belgian milk or dark chocolate and divided into 36 bite-size pieces. This is an interesting concept that should appeal to the gift market, both corporate and individual.

One company that encompasses several categories and which presented a variety of delicious products in each of them was Nono Sentido, from Portugal. With a focus on high quality ingredients and local provenance, they embrace an innovative approach to gourmet food. For example, they have a range of aromatic and beautifully-flavoured olive oils and green olive pâtés, enriched with nutrient-rich seaweed from the Portuguese coast. Due to the variety of olives used, in particular the Negrinha de Freix, the results are different from similar products currently available to UK consumers. Samples were served either with bread or with "Scrackers", their unique, ultra-thin and crispy, slightly salted crackers, made with extra virgin olive oil and seaweed. I was also impressed with their selection of fruit jams, my favourite being the intensely fragrant and delightful wild strawberry flavour.

Devon’s Rocks Drinks have been making cordials and squashes for over 30 years. One of their most impressive products has to be the "Fiery Ginger" organic cordial, which contains 16% organic root ginger plus some organic chilli powder for a kick. Refreshing and versatile, this should also appeal to those consumers on gluten and dairy-free diets. Additionally, they produce a range of organic fruit and vegetable juices from concentrate, including "Beetroot & Blackcurrant".

Kamm & Sons is a unique ginseng spirit from London, distilled in the same way as gin, but using 45 natural botanicals, including four types of ginseng root, fresh grapefruit peel and manuka honey. The result is a 33% ABV, aromatic, sweet, bitter and herbal spirit, which can be drunk over ice, with a mixer or used in cocktails. 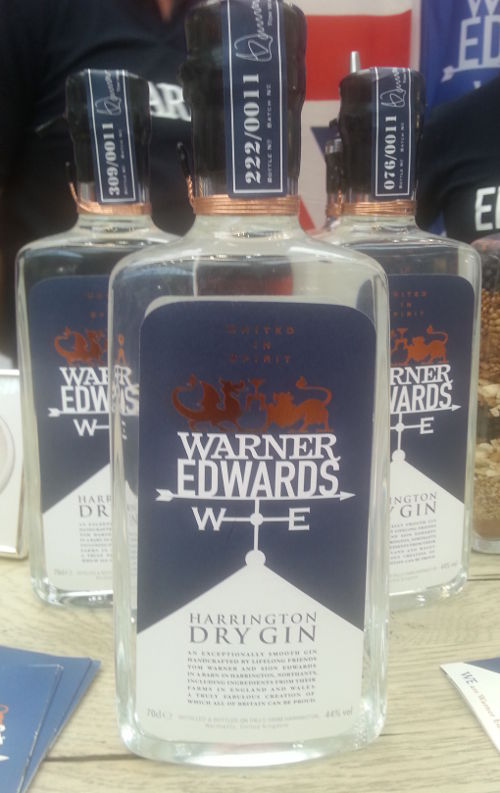 Craft distillers, Warner Edwards, based in a 200-year old barn in Northamptonshire, use a secret blend of botanicals plus home-grown elderflower to produce their dry gins. With their own farm spring water and a bespoke-manufactured copper pot still, they make two products – their original Harrington Dry Gin, which won a Silver Medal in the International Wine and Spirit Competition (IWSC) and a new limited-edition elderflower gin. Both versions are aromatic, smooth and a welcome addition to this sector of the market.

Lastly, I wanted to give a mention to South-West London’s The Beer Boutique, who supply fine beer from around the world. Whether a traditional real ale aficionado or a craft beer enthusiast, you will surely find something to tempt your palate and I can certainly recommend the fabulous, fresh and hoppy "5 Barrel Pale Ale" from Odell Brewing Company, based in Colorado, USA.

There were many other products which I could have mentioned, but I think these were the ones that really stood out for me. It was also interesting to see some of my recommendations from The International Food and Drink Event (IFE) 2013 garnering praise from industry experts and winning awards, such as Oxford Dry (2 Gold Stars, Great Taste 2013) and Little Turban (1 Gold Star, Great Taste 2013). Over the years, I‘ve enjoyed following the emerging trends at each of these shows, particularly energy drinks and energy snacks; innovative flavours of crisps and, more recently, porridge pots, coconut water and natural juices. Although the next big thing may be just around the corner, I don’t think we’ve seen the last of these ones. Until the next time…