What does the future hold for the cheese equivalent of marmite?

This is the original version of an article published in the Dairy Supplement of Speciality Food Magazine, May 2013 edition 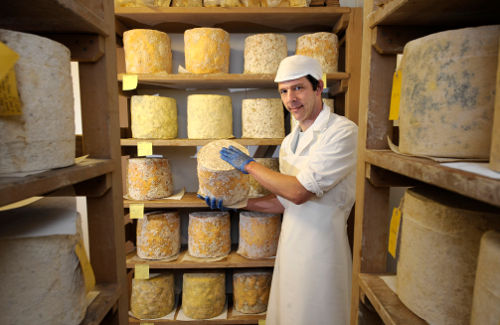 Cheese sales in the UK have grown steadily over the last 10 years, with cheese expenditure now worth £2.7billion, an increase of 6.7% over the previous year. Smoked cheese represents a tiny subset of this market (0.9%), worth £23million, split roughly evenly between natural and processed cheese. However, while processed smoked cheese, worth 3.5% of the processed cheese market, is growing at a rate of 4.5%, natural smoked cheese, worth just 0.5% of the natural cheese market, shows only 0.55% growth. Given this scenario, what is the future of smoked cheese within the UK, particularly for the natural traditionally smoked products and can this part of the market survive amid ever-increasing financial pressures affecting the food trade? (figures from Kantar Worldpanel relating to retail sales only). 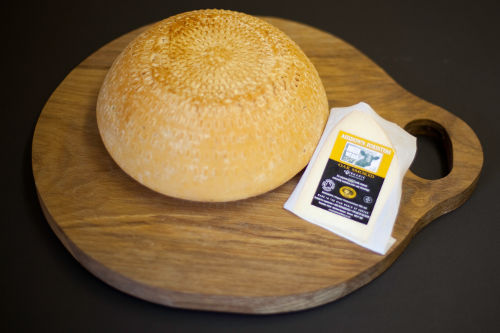 Although smoking is a traditional method of preserving food, smoked cheese, which dates back to Roman times, also developed as a means of imparting extra flavour. Some smoke ovens allow ‘cold smoking’ at less than 20°C for as little as 3 hours, recirculating the smoke inside the chamber. Other ovens can take several hours longer and may be more influenced by external weather conditions. Natural oak chips are normally used, although other woods like beech are often chosen as they can prevent potential acrid notes in the end product. Producers either smoke their own cheeses or, typically, take to another company for smoking. Alternatively, the base cheese can be blended with smoke flavour or ‘liquid smoke’ and then covered in colouring. Indeed, one of the most popular is Norseland’s Applewood Smoked, which is made in the UK from a good quality Cheddar without emulsifying salts or other ingredients added to prolong shelf life. Additionally, processed versions are available, often imported from Northern Europe, which may be smoked naturally or have smoke flavour added. However, the base cheese is always processed. Commonly smoked cheeses include Cheddar and sometimes soft and fresh cheeses, like Brie or Mozzarella.

Most British food retail sales outlets offer a very limited range of smoked cheese (if any) and often what they stock is smoke-flavoured and/or processed. Consequently, many industry experts, including Conor Daunt of Dewlay Cheesemakers, feel that consumers may be unaware that the smoked cheese they are buying is not the ‘genuine’ product. Also, as he explains, because of their traditionally slower sales, natural smoked cheeses tend to be located on cheese counters, rather than on main dairy fixtures and, therefore, are not as visible to the convenience shopper. This is potentially one of the reasons why Dewlay’s Smoked Lancashire currently accounts for less than 0.5% of the total Lancashire cheese they sell. However, Mr Daunt believes that the growing trend for true provenance in cheese should help future sales of their range, including the smoked cheese.

Problems affecting sales of smoked cheese in the UK

Nevertheless, many specialist retailers and producers find that customers like the option of a natural traditionally smoked cheese. For example, Ludlow Food Centre report that sales of their ‘Lady Halton Smoked’, which is made on-site, have steadily increased since launching the cheese 18 months ago and that sales at Christmas were the best yet. Mark Hardy from High Weald Dairy offers a further insight: "We have been smoking cheese for the last 20 years and find that they are very popular, selling more every year and not just at Christmas. Probably 40% of the Ashdown Foresters we sell is smoked. Although many customers are not interested in smoked cheese, especially the more expensive ones, there are many that enjoy smoked products. Also about 30% of our Duddleswell sheep’s milk cheese is smoked, but we have a problem with the shortage of sheep’s milk at certain times of the year."

Many cheesemakers, like High Weald Dairy, sell much of their smoked cheeses locally. Mr Hardy believes that it’s often easier for shops to buy cheese from wholesalers or local cheesemakers, rather than from another producer outside of their area. Consequently, producers can experience practical difficulties establishing their smoked cheeses elsewhere, hampered additionally by a lack of consumer education and sampling. Mike Smales of Lyburn Farm agrees: "Despite having the only smoked cheese to take gold at the British Cheese Awards, we have not seen any new uptake outside Hampshire."

If as Mark Hardy says, many customers simply are not interested in smoked cheese, does this reflect preconceived notions of an inferior product or is it a pricing issue? Mike Smales continues this theme: "Because much ‘smoked’ cheese is cheap, flavourless and has been reprocessed with flavour added to replicate smoke, the net result is that you either love it or hate it. We do many Hampshire farmers’ markets each week, customers coming for our smoked cheese as they love it. It costs twice as much as a cheap product, because we leave ours at a smokery for a couple of days, before collecting and then maturing it for 10 weeks. This ensures a level of consistency, but costs money, so my message to customers is ‘half the quantity, double the quality’ and then it costs the same." Similarly, Quickes Traditional Ltd. find that many consumers who taste their Oak Smoked Cheddar for the first time, become more discerning of the flavour benefits of natural over chemically smoked cheese. In 2011, they saw a 38% increase in sales of this cheese, particularly through the multiples and profit margins are in line with those of their Mature Cheddar. 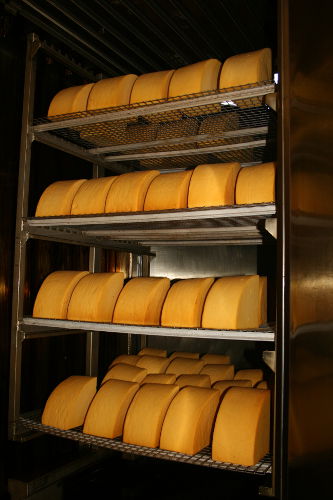 Some traditional cheese producers have also found profitable avenues through home delivery and on-trade sales. For example, Greens of Glastonbury sell approximately 10 tonnes per year of their smoked organic Cheddar through organic food retailers, Abel & Cole and Riverford Organics and via small shops and markets. This contrasts with their other Cheddars which are mostly sold through major supermarkets. Additionally, about six months ago, they introduced an organic smoked Mozzarella and have been selling this mainly to restaurants, at a rate of about 100kg per month. Lloyd Green explains: "Capreolus Smokehouse had received requests from chefs for a smoked Mozzarella to go alongside their smoked meats. Once we had started to supply them, we realised the potential of this product. In 2013, we intend to develop this cheese in the same prolific way that our smoked Cheddar sales have grown since launching in 2011. Both have already outperformed our more longstanding cheeses."

In contrast, Ford Farm in Dorset produce 200 tonnes per year of natural locally smoked cheese, equating to 5% of total volume. Half is exported to the US, with one of their smoked cheeses exclusive to that market and distributed mainly through multiple grocers. So, with processed and smoke-flavoured alternatives widely available there, a traditional smoked cheese with UK farmhouse provenance can have strong appeal. Indeed, overseas markets can be extremely important and Quickes Traditional, for example, are seeing export sales growing ahead of domestic on all their lines. 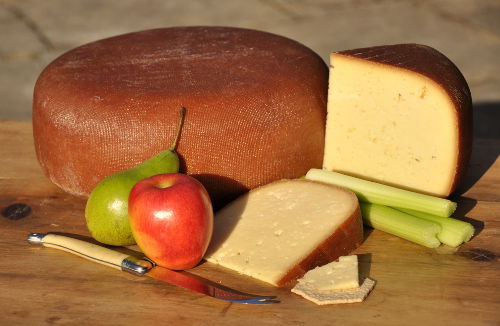 While UK demand for smoked cheese is growing strongest within the processed sector, there is clearly also a demand for natural traditionally smoked cheese among knowledgeable consumers. However, for this part of the market to reach its potential, there is also a need for increased public awareness of the variety and quality available and an understanding of the corresponding price differentials. Artisan producers have the potential to convince retailers that their smoked cheeses have a merit-driven USP, offering a complex flavour profile based on a good quality cheese.

Growth in cheese sales is forecasted for the retail, catering and food manufacture sectors in 2013, according to The British Cheese Board. Therefore, smoked cheese, with its distinctive flavours and regional origin, should also experience some growth. Moreover, consumers are increasingly reluctant to accept bland flavours in their food, so are looking for other options. Smoked cheese has not yet been an identifiable part of this trend due to the ‘love it or hate it’ attitude it has attracted, but perhaps now is the time for the industry to take a closer look.

Special thanks to Nigel White, Secretary of the British Cheese Board and to Bradburys, the cheese distributor.