How can the 'Speciality Food and Drink' sector take advantage of this phenomenon?

All images supplied by the companies listed, unless otherwise stated 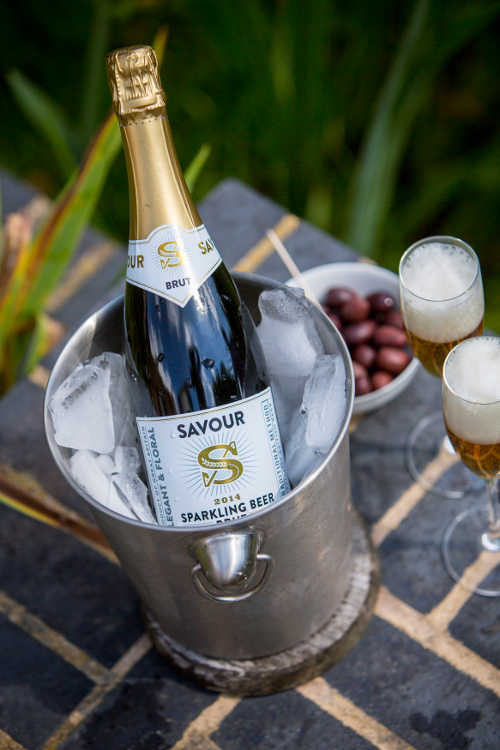 Craft beer is everywhere - in supermarket aisles, pubs and dedicated craft beer bars - but what does it mean? The US Brewers Association defines a craft brewer as "small, independent & traditional" (the last of these terms refers to the use of malt). However, precise origins of the word 'craft' in relation to beer remain uncertain, but would appear to have evolved from the concept of small, boutique breweries. A rise in American home brewing, predominantly towards the end of the 1970s, led to the establishment of small 'craft' breweries over the following decade, before eventually exploding on to the UK beer scene some years later. Today, despite uncertainty over its meaning, British drinkers have a positive attitude towards 'craft beer', associating it with being locally brewed, trendy, fashionable and traditional (Cask Report 2017). Even CAMRA, the UK's beer consumer champion and protector of traditional styles, has felt compelled to question its own future direction as a result of the phenomenon. So given increasing interest in craft beer, how should the speciality food and drink sector take advantage of this growing trend? 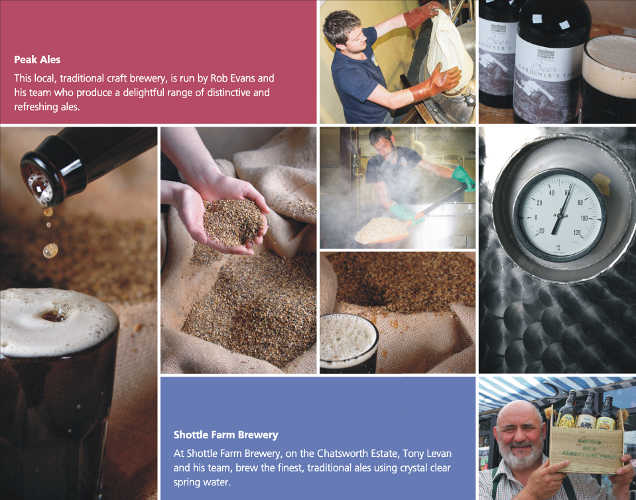 For Andre Birkett of the Chatsworth Estate Farm Shop, craft beer means "small volume producers using traditional brewing methods" and links with local breweries provide a significant and valued aspect of the farm shop's strategy. "Craft beers have always been an important offering within our 'Off Licence' section and over the last decade, sales have increased by 12% year on year. We are very lucky to have a wide choice of craft breweries in our county and even more so, on our Estate. Both Peak Ales and Shottle Farm Brewery are situated within the Chatsworth Estate and are operated by tenants." Similarly, at The Norfolk Deli, regional provenance is key and only beers made by small local breweries in Norfolk are stocked, a factor which matters more than the 'craft' label, as Mark Kacary explains. "Craft beer in our view is a marketing term created for use within urban environments to identify brewers or beers which are not manufactured by some of the beer giants. Our focus is on promoting local produce - ales made using local ingredients, local spring water and therefore with their own unique flavours. We do not see any specific reason to describe these as craft beers." Kacary notes further advantages to this approach: "Because we only stock local beers, we tend to know the people who make them. If a definition of a craft beer producer included the fact that the brewer was also likely to be the person who would deliver the beer, then this perfectly reflects the relationship with our producers." 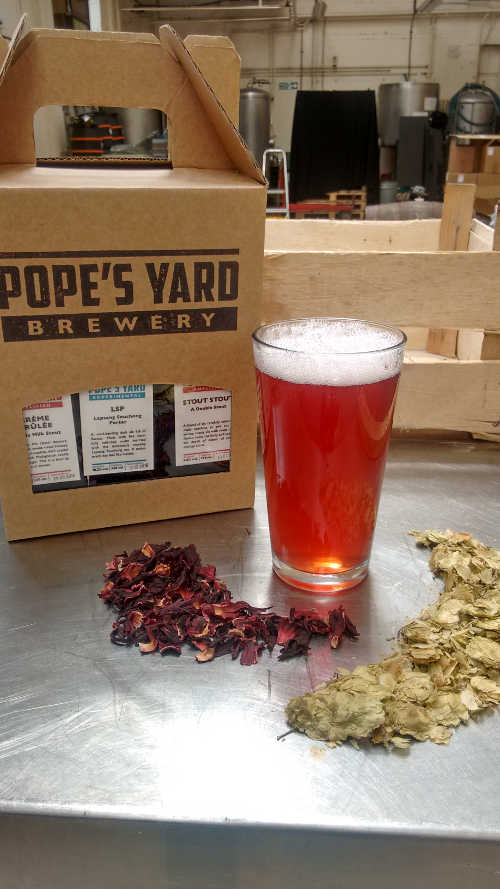 While differing attitudes exist over its usage and resultant price points, the appeal of the term 'craft' cannot be underestimated. Indeed, despite only 28% users believing that craft alcoholic beverages justify a price premium, at least 40% associate them with attributes including unique flavours, high quality ingredients, small production and handmade credentials (Mintel, February 2016), values integral to the speciality food and drink sector. Over to Ben Childs of Hertfordshire brewery, Pope's Yard, for a brewer's insight: "Craft is an overused term in the industry which has almost lost its original intention. For me, craft is exceptional quality beer made in small runs by hands-on brewers. Small breweries are thriving at the moment, leading the way with great niche appeal, like artisan bakers, butchers and coffee shops. I think consumers love buying from small, often local producers in general. It gives them the quality and variety that mass production cannot successfully provide." 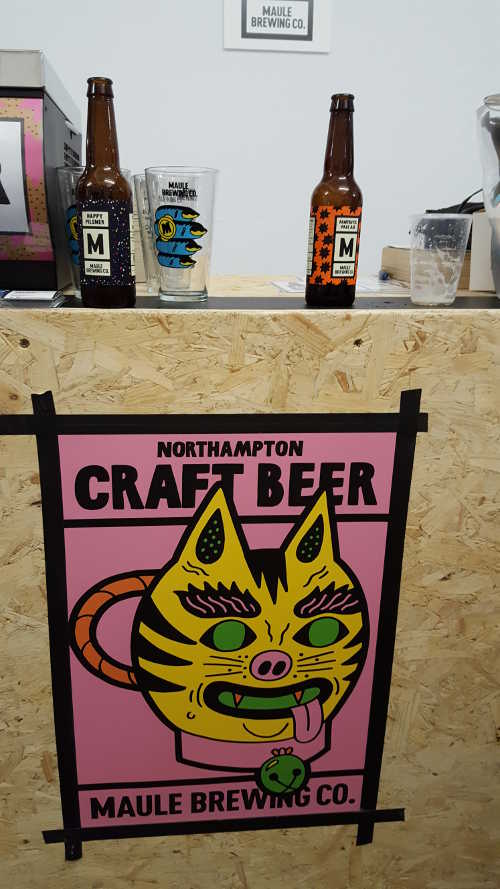 Tom Maule of Northamptonshire's Maule Brewing Co. stresses the importance of having a diverse choice of craft beer attracting people who have not traditionally been beer drinkers or who simply want something different. "I think the wider choice of styles has given cider and wine drinkers something to dip into as well. Across the board, there are some more adventurous drinkers. People definitely want 'new' all the time and long gone are the days where a core range will do." However, he believes that craft beer's appeal may often be dependent on location: "I get the impression that some traditional shops would like to stock our beer, but prefer to avoid upsetting customers with more traditional views. We sell most of our beer in towns and cities with a younger demographic and booming social scene." 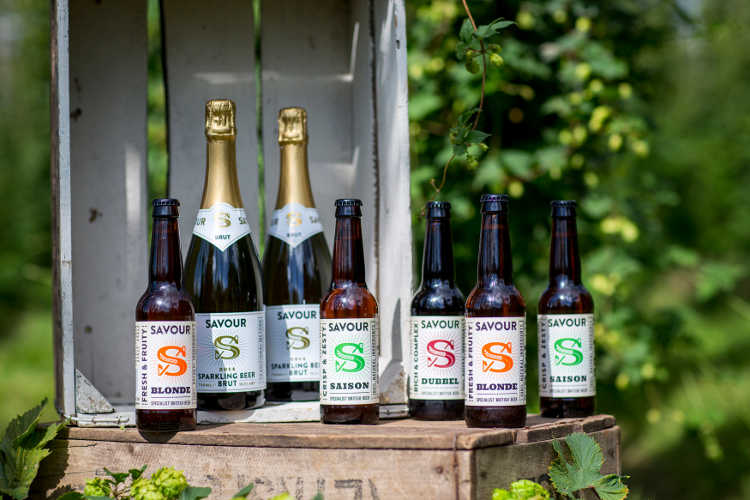 Savour's Sandy Kirkpatrick sees changing consumer preferences increasing the popularity of craft beer. "While customers are becoming more knowledgeable and inquisitive about their beer and more adventurous in seeking out new flavours, we are seeing a demand for quality, consistency and drinkability. It's easy enough to produce an extreme or exotic beer that adventurous consumers will try once, but will it make them come back for more? Consumer demand for independent, quality, full flavoured local products with provenance is on the up and craft beer is a perfect fit. It's now a global phenomenon with young and female drinkers particularly becoming much more engaged." Harvey Nichols' Ivan Dixon sees advantages in stocking non-UK beers. "Some of our biggest selling brands are from all over the world. Undoubtedly our customers show interest in locally produced beer, but they love trying innovative, quality products. We have recently listed a number of interesting new craft Italian beers, which have been greeted enthusiastically by our customers." 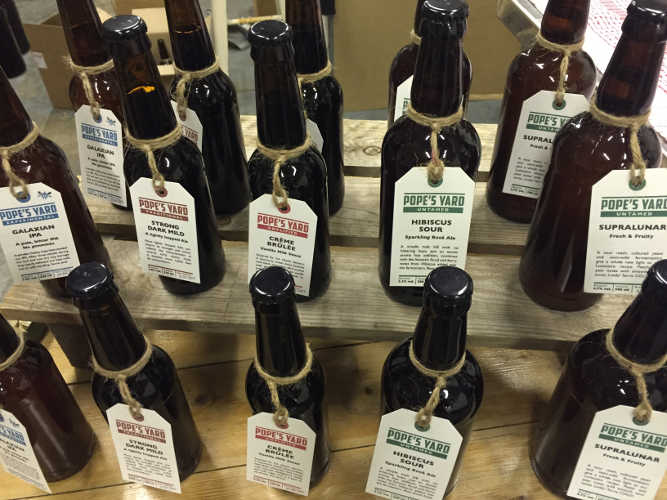 Childs observes a difference in today's drinking habits which speciality stores can use to educate and inform their customers, especially given the extensive choice of beers now available for matching with food. "People who drink our beers don't simply want the alcohol effect. They are much more interested in experiencing the broad range of flavours and styles and are therefore willing to pay more. So the best retailers are highly knowledgeable about their range and can suggest beers specific to their customers' tastes, including information on food pairings." Indeed, themed events like food and beer matching sessions can help engage consumers, as Birkett explains. "We invite all our brewers to the shop and to our spring and summer food fairs to offer our customers tastings and to listen to the stories behind the products." Birkett also recommends ways of displaying and enticing customers to particular craft beers. "We have a large beer section that gives a striking presence, using story boards throughout the shop to briefly explain, through text and images, the unique story behind the supplier. Additionally, we display beers in various locations to match up with other products and recipes and our chefs use our beers in their recipes." Childs gives some useful advice on storage and display: "Bottles are best kept out of direct sunlight to avoid them becoming light struck. We use brown bottles as this helps to avoid the problem, while clear glass is the worst container for beer."

What are the next trends in this sector? "Customers are always looking for the next big thing", comments Childs. "When we started out in 2012, big IPAs were all the rage, but now we find that sour beers and wild fermentations are the new cutting edge." Maule adds some further insights: "A good guide is to observe what's happening in the US market. Although we have a great scene here, they still rule on this. However, I'd like to see a focus on styles that have been devalued, such as lagers. They still have such a bad reputation and pubs treat them as the common denominator to satisfy the masses. We continue to experiment with various unfiltered and unfined lagers and would love to raise the profile of this style with both trade and consumer." Kirkpatrick adds a note of caution: "Although I think the popularity of independent lager is increasing as consumers seek out products with provenance, the stranglehold the big lager producers have on the market makes it an increasingly difficult one to conquer."

Gluten-free and organic beers, while having a limited audience, can provide extra options for the speciality market, as does a choice of packaging formats, i.e. bottles, cans, growlers, kegs, gift packs. However, seasonality remains a crucial factor in stock control, as Dixon explains. "Our range consists of a broad spread of styles and is reviewed continuously with a degree of seasonality in mind. Whilst there is a natural pattern of darker ales selling better in the colder months, and lighter styles selling better in the warm months, our customers appear to be less tied to perceived rules and willing to break from convention. We have increased the canned range dramatically and have listed a considerable range of bottles in 750ml format." Birkett also notes seasonal effects: "We have had a huge sales increase in five litre kegs, especially at this time of the year, with six different craft beers available. These are great value for money starting at £18.50 which is only £2.10 a pint."

So in summary, why should farm shops, delis and independent food halls stock craft beer? Maule believes that potentially it could encourage additional footfall from a younger clientele in more rural areas where speciality shops are often located. Moreover, according to Childs, discerning beer drinker will go out of their way to find good quality craft beers: "Once through the door", he adds, "it is likely that they will be interested in other products that high-end independents have to offer." Kacary has the last words: "The question is why wouldn't they stock local craft beer? If you're a deli or farm shop, you should be looking at what is produced in the local vicinity and that should include beer as much as anything else."

This article was originally published in the March/April 2017 edition of Speciality Food Magazine.