The impact of lockdown on beer enthusiasts! 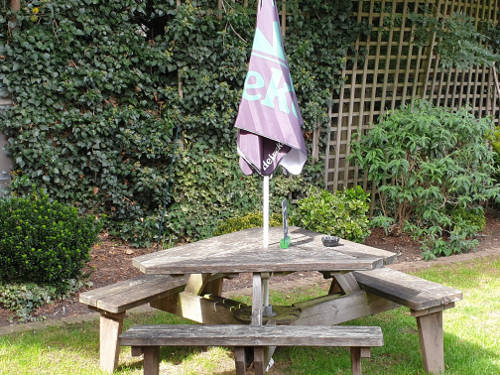 Lockdown has affected all of us in different ways, but its impact on the drinks industry has been particularly profound. Many companies have made radical changes to safeguard their businesses and sell their products. Online and direct-to-customer sales are up and, in some cases, represent brand new revenue streams.

£356.5m was spent on alcohol in the UK during the week when lockdown was announced, according to Nielsen. This equates to an increase of 67% on the previous week! However, the latest figures, reported in the drinks business, show that overall UK consumption of alcohol halved during lockdown, although value sales of beer were up £737m on the same period last year.

In contrast, on-trade sales of beers, wines and spirits suffered while pubs, bars and restaurants closed their doors. So, what does the future hold for beer drinkers, used to visiting their local pub or trying out a new venue whenever they want? Has lockdown had a permanent effect on how we buy beer and where we drink it? This is the subject of a report commissioned by Brew//LDN and conducted by KAM Media, research and insights experts for the hospitality sector.

Brew//LDN's inaugural event took place from 27th to 29th February this year prior to lockdown. The festival attracted around 12,000 beer consumers, enthusiasts and trade professionals. From these, 2,519 Brew//LDN registered subscribers completed an online survey for the new research. Participants were defined as 'beer enthusiasts', i.e. those who regularly consume and view beer as a hobby, as well as just a drink. The research was carried out between 29th June and 6th July.

How lockdown has impacted beer consumption

Beer enthusiasts have been drinking more often, but in lower quantities as a result of lockdown. The research shows that the number of people drinking beer six or seven times a week increased from 5% before lockdown to 19% during this period. The average number of beers per session, however, decreased by 9% from 3.4 to 3.1.

More people are experimenting with different styles and alcoholic strengths of beer. There was an increase in the consumption of 'premium' beers, with 47% drinkers saying they are drinking more of these. Additionally, 24% of drinkers switched to higher alcohol beers, while 17% opted for low ABVs. IPAs have seen the biggest increase in consumption. In fact, 28% of people say they are drinking more IPAs, compared to 21% for pale ales and lagers.

The appeal of trying new beer styles is even more extensive. Indeed, 57% of survey respondents indicated they are more interested in searching out unique beers since lockdown. Also, 79% of people said that they were more attracted to supporting local breweries now.

So, people are changing how often they drink beer, the amount and styles they choose and where the beer comes from.

How lockdown has impacted beer purchasing

Buying beer online has proved very popular. In fact, 65% of people have purchased more beer online, direct from breweries. Of these, three quarters have done so for the first time. Importantly, 86% indicated that they would continue post-lockdown.

Also, more drinkers have ordered from beer specialist and subscription websites and will do so again. These include the 21% who have never signed up for beer subscription boxes before. The main reason for this, according to 70% of respondents, was to try new beers.

Purchases from physical breweries and taprooms

In addition, 31% of survey respondents have purchased beer from physical breweries and taprooms more since lockdown began. Over half of these have done so for the first time and nearly 90% of these will continue.

All of this implies a greater willingness to support local breweries and to try new beer styles, whether ordering online or at physical venues.

Although not contained within KAM Media's report, it's worth noting how breweries quickly adapted to the coronavirus pandemic, helping their local communities. For example, Black Sheep Brewery started a home delivery food service for the first time. This 'new way of working' clearly benefits local people. It can also add an extra revenue stream to help keep businesses solvent and hopefully avoid or reduce potential redundancies. 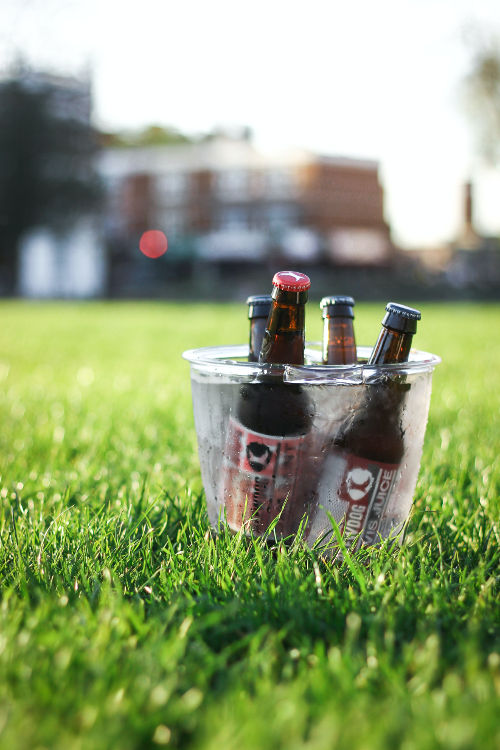 Drinking beer in the park with friends proved popular over the summer!

How beer drinking occasions have changed

One of the big attractions for many drinkers during lockdown has been the availability of online events. Many of these have been educational and/or promotional campaigns, as well as social. However, with more people using online meeting platforms, socialising with friends from home with a beer in hand has really taken off!

Just under eight out of every ten people have been drinking beer with friends online during lockdown. Half of these said that they would not stop once pubs reopen.

Additionally, over 50% have been meeting friends in the park and having a beer together. Out of these, 83% intend to continue. It's surely no coincidence that almost 60% of people have purchased takeaway beer from a brewery or pub. What better way to enjoy your pint of beer on a warm summer's day or evening than by sharing with friends outdoors!

So, online hangouts and outdoor drinking with friends during summer have presented new opportunities for breweries to engage with beer enthusiasts.

The future of pubs

Now that most pubs have reopened, will people continue to visit them as much as before? According to this survey, 31% said they would be going to pubs and bars less often. This represents a projected 5% net decline in pub and bar visits.

According to this survey, 31% said they would be visiting pubs and bars less frequently. This compares with 26% saying more and 42% the same, representing a projected net decline of 5% in pub and bar visits.

The interest in supporting local breweries would seem to be having a knock-on effect on the popularity of taproom visits. So, if pubs want to continue attracting customers, they may need to change their offerings to include extra local beers. Also, beer enthusiasts' keenness to experiment with different styles suggests that pubs could benefit from diversifying their beer selections.

A note of caution

Although lockdown has had some positive effects on beer sales, the negative repercussions for the hospitality industry remain very serious. A recent report in The Drinks Business highlighted findings by the British Beer and Pub Association (BBPA) that a quarter of UK pubs could go out of business by next April. Reduced capacity, due to social distancing measures with decreased footfall and lower consumer confidence, is having a severe effect. A reduction in beer duty and business rates could, therefore, also be vital for pubs to continue trading.

It would appear that lockdown has encouraged people to try new beer styles from the comfort of their homes. These include more unusual, interesting or local beers and also different ABV levels. While pubs were closed and with supermarket beer choices not always preferred, beer enthusiasts changed their buying and drinking habits. Breweries also had to readdress their own business models in order to survive and reach new audiences. Online hangouts and 'beers in the park' replaced pub visits, the latter a popular option during the warmer summer weather. These new trends will likely drive beer retailers, breweries and pubs to reconsider what and how they sell in the future.

However, even if consumer confidence rises significantly, government intervention will still, more than likely, be required. This may help prevent pubs closing permanently with the knock-on effects for the whole beer industry. Nevertheless, recent spikes in COVID-19 outbreaks, enforced earlier closing times, threats of another national lockdown and consequent restrictions on group gatherings will have continuing implications. Therefore, despite some positive signs, the future for breweries, pubs and beer enthusiasts remains full of uncertainty.

This article was originally written for Ryebeck's Industry Insights pages. You can also read some of my highlights from the inaugural Brew//LDN event there.