'Sublime in the Everyday' - where art meets beer! 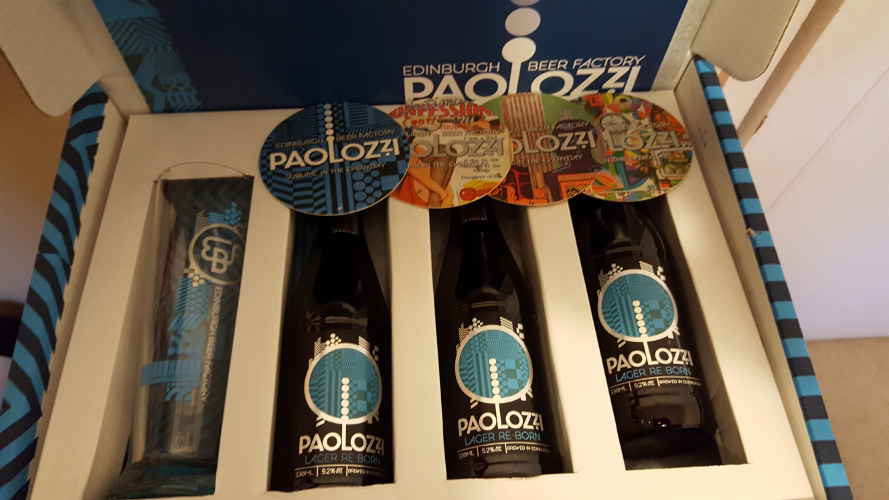 So pop art was invented by Andy Warhol or Roy Lichtenstein, right? Wrong! It's origins, I discovered recently lie just north of the world-renowned artistic hub that is Edinburgh. Eduardo Paolozzi was born in Leith in 1924 to Italian immigrant parents and died in 2005. A sculptor and artist, his eclectic approach is summed up by his maxim 'sublime in the everyday'. He believed in the beauty of everything around us, a concept which enabled him, for example, to turn scrap metal into art. A pivotal moment came in 1952 when he gave a lecture entitled 'Bunk' to a group of artists, in which he extolled the artistic worth of a series of pioneering collages which he projected on to a large screen. These were made from everyday objects, including pin-up postcards, magazine advertisements and shredded bits of newspaper and, as a consequence of this lecture, the notion of Pop Art was born. 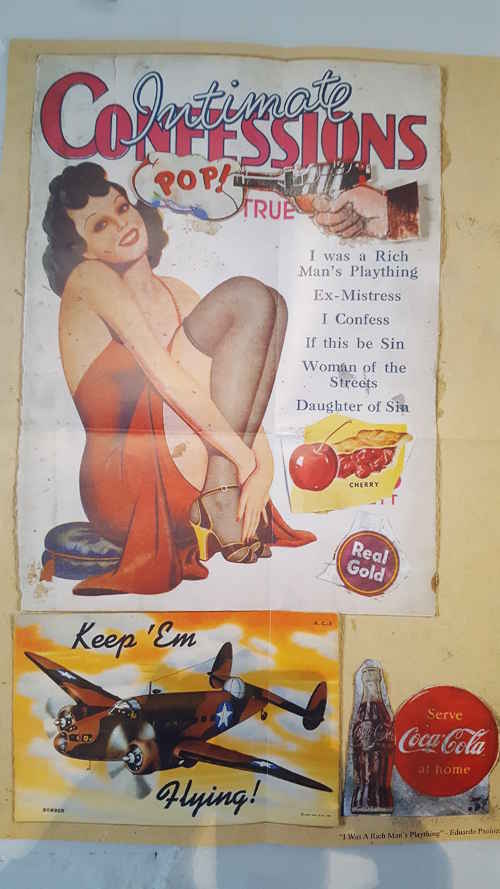 So what has this to do with alcohol, I hear you ask? In one word, beer and, more specifically, a German-style lager, brimming with flavour, from the independent, family-owned Edinburgh Beer Factory. Named in honour of the great man, Paolozzi Lager is an unpasteurised 5.2% ABV 'Helles', made with water that has been neutralised before minerals are added to replicate Munich-style water. Two types of malted barley (Lager malt and Caramalt) are used plus two classic European hops, Hallertau and Saaz and post-fermentation, the beer is cold-conditioned for 5-6 weeks in true 'lagering' style. The result is a smooth, malty, flavourful lager with low bitterness plus a rich mouthfeel, a subtle touch of sweetness and a slightly darker tone than a traditional Munich Helles (the caramalt is accentuated at the mash stage, using a slightly higher temperature to achieve this effect).

The Edinburgh Beer Factory's name is a tribute to two of co-founder John Dunsmore's heroes - Andy Warhol, whose New York studio was called 'The Factory' and Tony Wilson, the late founder of Manchester's Factory Records. I recently visited the brewery to learn more about the beer and met with Kirsty Dunsmore, Marketing Manager and daughter of John Dunsmore. For her, Paolozzi Lager represents an open-minded approach to craft brewing and the company is in the perfect location to take this forward. "We started planning in 2014 and in October 2015, out Paolozzi lager was launched. Lager is the most mass-produced and under-estimated beer style. At its best, it should be flavourful and accessible, so we wanted to create a well-balanced beer, changing people's minds away from lager's blokey image. Edinburgh has long been a seat of scientific learning with a history of inventiveness and it also has a strong brewing tradition. It was actually the first place in the UK to brew lager, so is the perfect place for us." With staff hailing from Scotland, England and Quebec, brewing equipment from Italy, a Munich-based beer recipe, a new events space being built and a pilot kit for trialling different brews, Edinburgh Beer Factory's philosophy is totally in keeping with a modern outward-looking Scotland. It's also the only brewery in Edinburgh with its own bottling line. Exports overseas may be a possibility too in future, but in the meantime, the lager can be currently found on draught or in bottle around Scotland, parts of northern England and London, including 17 Fuller's pubs in central London.

It's also available to buy at the brewery in 33cl bottles, growlers and gift pack formats. Paolozzi prints feature on the bottle labels and tap, while for every beer sold, the company makes a charitable donation to the Paolozzi Foundation. Additionally, to coincide with London's Whitechapel Gallery's 'Eduardo Paolozzi' exhibition which runs until 14th May 2017, the beer will also be available in the After Hours wine bar at the venue's Whitechapel Refectory.

This article was originally posted on The Alcohol Professor website.