A taste of tradition, laid-back charm and speed junkies

… all in the middle of the Irish Sea! 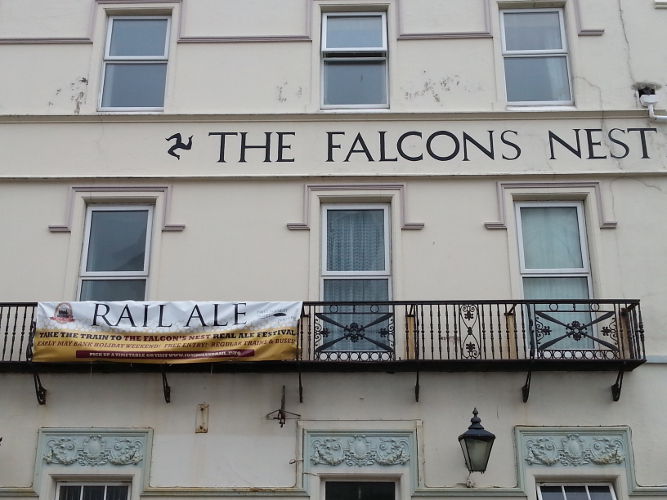 Measuring 32 miles long and no more than 22 miles wide, the Isle of Man is unique in many ways. Located in the Irish Sea, the island is one of the Celtic nations, part of the British Isles, but constitutionally outside of the UK. Manx, the native Gaelic language is being encouraged once again and the island's Tynwald, over 1000 years old, remains the world's longest continuous parliament, dating back to Norse Viking settlers. The Isle of Man, or Mann, is probably best known worldwide for the TT rally, an annual motorsport event (May 24th – June 6th this year), tracing its roots back to the beginning of the 20th Century, which sees motorbikes reaching speeds of over 200mph on the 37¾ mile mountain course. 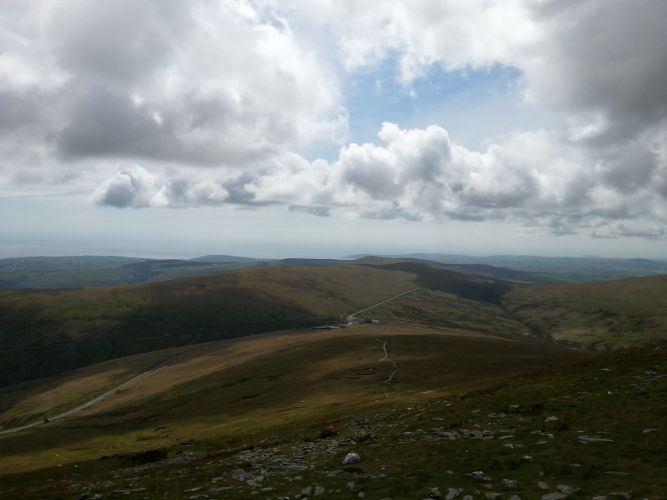 With an array of scenic panoramas plus sites of cultural, historical and religious significance, it is also worth remembering the wartime experiences, currently being commemorated at the Manx Museum under the banner of "This Terrible Ordeal". The exhibition specifically marks the 100th anniversary of the First World War, showing the impact of the conflict on the inhabitants of the island. Furthermore, the Isle of Man was used as a base for 'alien civilian' internment camps in both world wars and the historical displays at the museum give a timely reminder of the tragedy of war and the resilience of the human spirit.

While researching some of this history, I took the opportunity to research some of the wonderful food and drink available. Although I only just missed the Isle of Man CAMRA Beer & Cider Festival, another festival beckoned at the Falcon's Nest Hotel in Port Erin, a village in the south of the island, where the Women's and Married Internees Camps were located during the Second World War. A Victorian resort with a beautiful secluded bay and sandy beach offered the perfect backdrop to enjoy some national and local brews. The island now has six breweries, Okell's and Bushy's being the best known, the former dating back to 1850, while the others reflect the growing microbrewery renaissance prevalent throughout the British Isles. 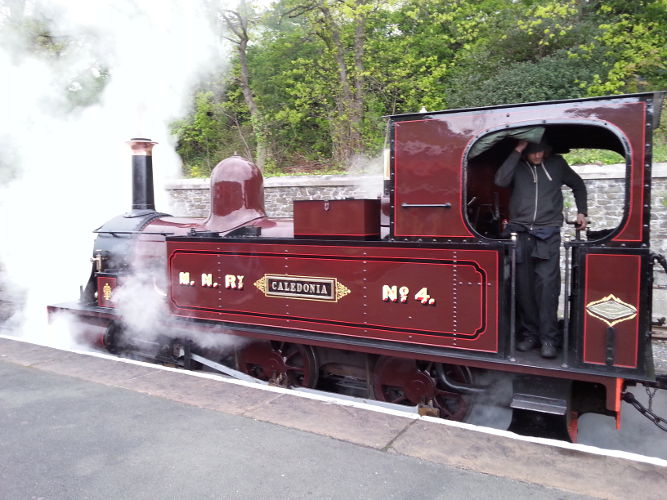 What better way to arrive at a beer festival than on a steam train, watching the sheep and cattle scuttling away in a curious, yet scared frenzy? Having toured the island the day before, including a visit to the Laxey Wheel, the largest water wheel in the world and a trip to the top of Snaefell on the only electric mountain railway in the British Isles, dating back to 1895, it was time to relax with a few drinks … all in the name of cultural exploration, of course! Although there were few local beers or ciders, there was a good array of styles from around Britain, served via handpump at the bar, by gravity dispense tap straight from the cask and in bottles. 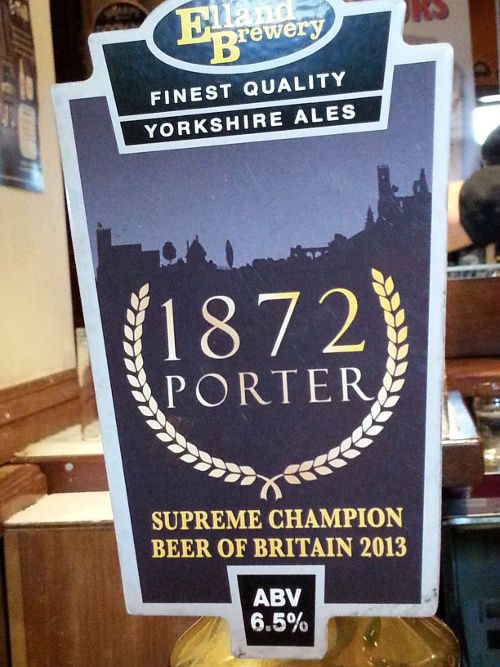 I tried four beers and undoubtedly the star for me was West Yorkshire's Elland Brewery's 1872 Porter, the 2013 CAMRA Champion Beer of Britain and also the Champion Winter Beer of 2010 and 2013. This superb 6.5% ABV dark brew has a rich and complex roasted malt character with notes of smoke, coffee, dark chocolate, fruit cake and subtle hints of liquorice. As I watched the football results on a big screen showing yet another defeat for my team, I was at least able to console myself by drinking this champion beer. 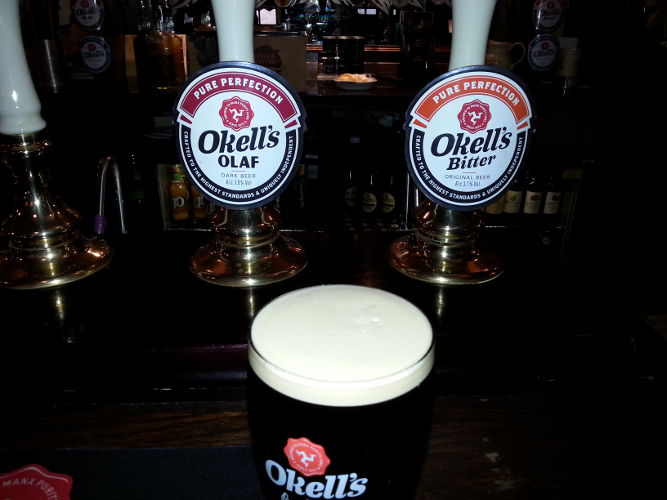 This is the fourth year that the Falcon's Nest Hotel has hosted the event and Okell's provided the equipment for the festival. One of their popular beers around the island is Okell's Steam, a dark gold 5.0% ABV seasonal cask ale. Available here too, it has an enticing herbal, floral and citrus aroma, followed on the palate by herbs, grapefruit, spice and hints of pear. 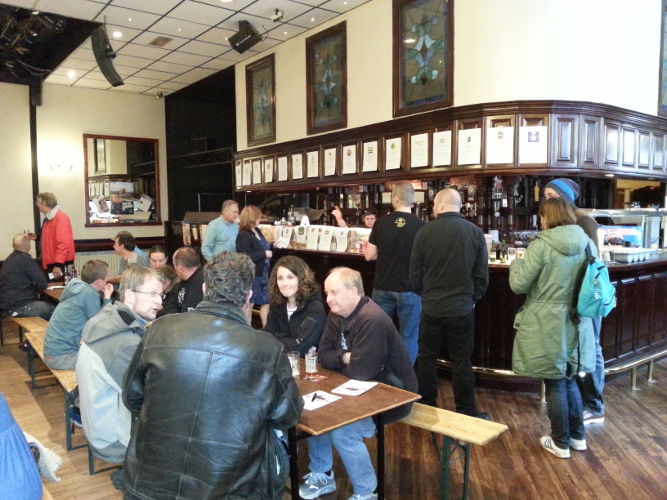 Out of the four ciders I tried, my favourite was Orchard Pig's Navel Gazer (6.0% ABV), a dry still cider from Somerset with notes of grapefruit, pineapple and a hint of smoke, complementing the tart apple and earthy character. In contrast, Cornish Orchards' Pear Cider (5.0% ABV), made from English Conference pears, is medium dry and delicate, with a crisp, acidic, thirst-quenching finish that would make it an interesting alternative to white wine. 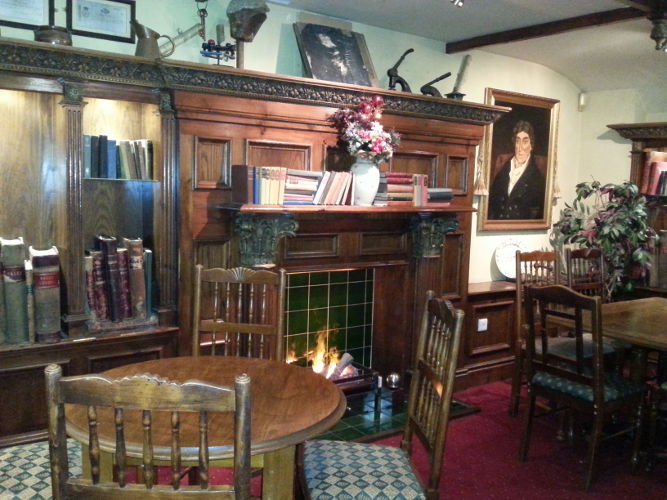 Of course, this wasn't the end of the beer and cider tasting during my stay on the island. Douglas, the capital, has several pubs, including the Prospect, established in 1857, serving a range of Okell's beers plus guest ales. Okell's light-coloured IPA, at 4.5% ABV, is fruity, hoppy and refreshing with a dry finish after an initial sweetness. The same brewery's Olaf, at 3.9%, is very dark, with notes of roasted malt, mocha and liquorice.

One of the town's best known pubs is The Rovers Return, owned by the award-winning Bushy's Brewery. Faerie Bridge is a 4.1% ABV light, floral and hoppy golden ale with a malty character, complemented by herbs and citrus notes. 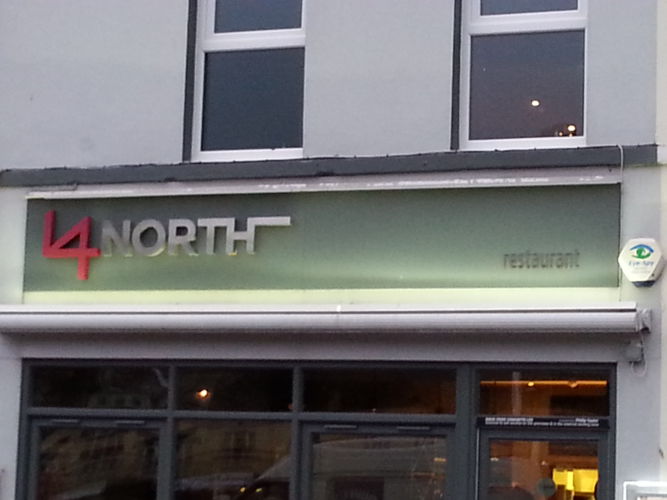 Just past this atmospheric pub is the outstanding, family-run 14 North restaurant, located on the North Quay in a former 19th century timber merchant's residence. Serving delicious meals, utilising many local ingredients, such as the lusciously tender Loaghtan lamb, their beer list includes an offering from one of the newest breweries on the Isle of Man, The Hooded Ram Brewery Company. 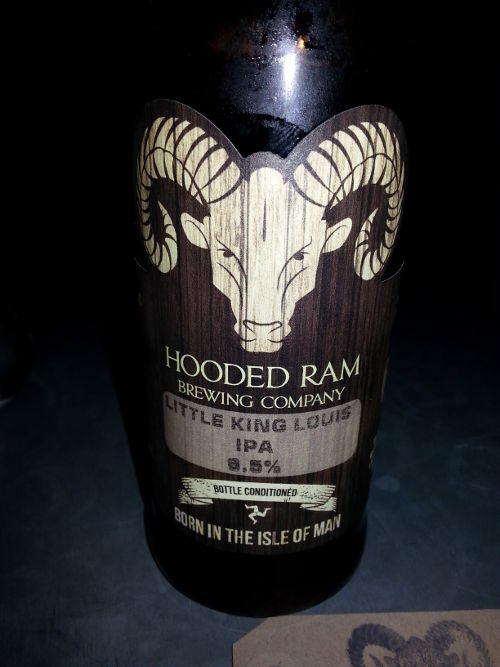 Their Little King Louis IPA (5.5% ABV), named after the owner and brewer's son, is a tasty bottle-conditioned IPA with a good balance between citrus hop and malt flavours. This is a small, innovative, American-style brewery and one to watch for the future. 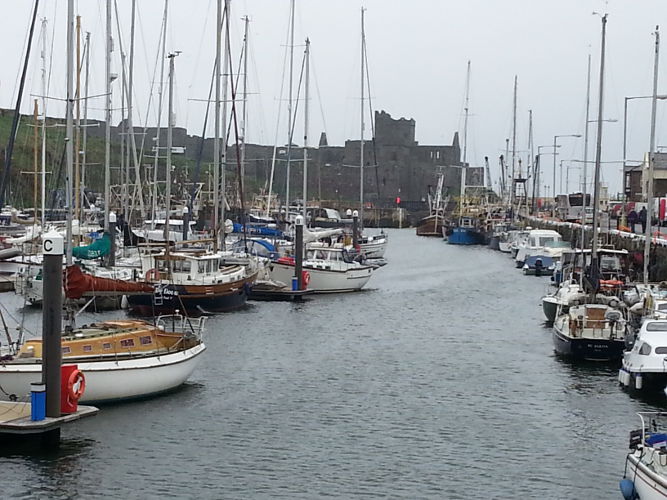 On my final day on the island, I visited the historic fishing port of Peel, on the west coast. Having bought my Manx kippers from the shop at Moore's factory, where they have been curing kippers for over 120 years, I needed lunch before heading back to the airport. 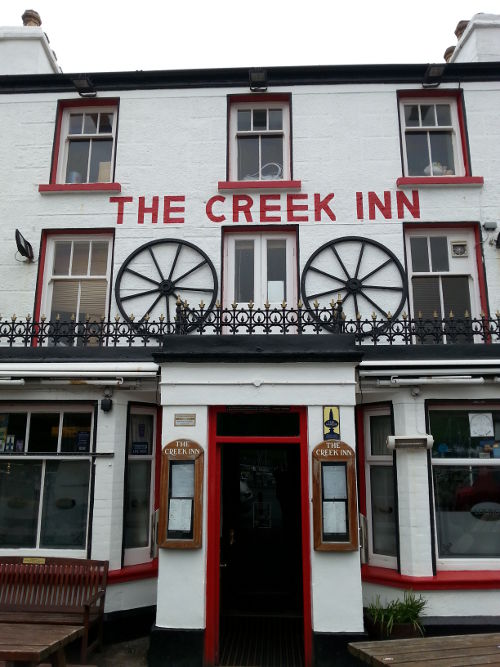 The Creek Inn is pretty much my idea of a perfect pub - a beautiful harbour setting, a superb range of beers, excellent food and great staff. What more could anyone want? Not sure which tipple to order, I asked for a taster of one of the beers plus the guest cider. Not expecting such generous helpings, I decided on The Manx Cider Company's Jenny Lay Back sweet cider (6.8% ABV), which was deliciously satisfying and a fitting end to my long weekend on the island. If only all pubs followed the examples of the ones mentioned here, although not many can hope to emulate the Creek Inn's fabulous location, a stone's throw from the well-preserved ruins of an 11th century Viking fort!

"With the Gods I shall merrily drink my ale; my days are done and laughing I die" (from 'The Lay of Kraka', a Viking poem, recounting the life of a warrior who looks forward to the joys awaiting him in Valhalla). Nice words to remember, as my plane rises high into the sky above the Irish Sea…

This article can also be found on the Alcohol Professor website.