Duvel: a hop in the right direction!

All images by Robin Goldsmith, unless otherwise stated

Here's a question: what do you get when you have a room full of beer writers in a central London Victorian pub talking about their favourite triple hop beer? The answer: scores of smiling faces surrounded by iconic Duvel beer glasses and soon-to-be empty bottles from the famous Belgian brewery! This was an opportunity not be missed and so, reassured with the tasting booklet's advice that "it is necessary to swallow beer in order to experience bitterness at the back of the mouth", I headed off to The Burlington Arms for Duvel's Tripel Hop tasting and voting event, organised in conjunction with R&R Teamwork. 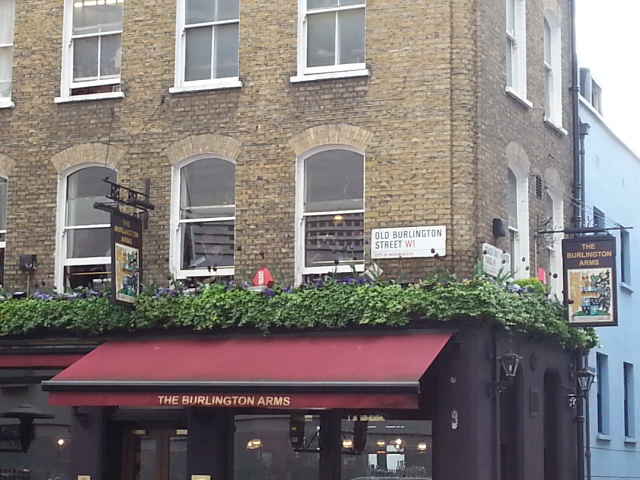 1871 is the year when the Moortgat family founded their brewery. After the First World War and influenced by English ale styles, one of the founders' sons procured a specific strain of yeast from a Scottish brewery and to this date, Duvel's yeast is still cultured from the same strain! In order to commemorate the end of the war, a new beer was created. Initially called Victory Ale, the name was changed in 1923 in response to a local notable's description of the highly aromatic beer as "a real devil (duvel)" and so the name stuck. In the 1960s, the tulip-shaped glass was invented, the first ever designed to hold the entire contents of a 33cl bottle and which also accentuates the characteristics of the beer.

Duvel's standard golden ale is anything but a standard beer. The late great 'Beer Hunter', Michael Jackson, described it as a beer of "astonishing sophisticated character: beguilingly pale, flowery and soft-tasting". It's a strong pale ale in style (8.5% ABV) which has been brewed over 90 days using aromatic Bohemian Saaz and Slovenian Styrian Golding hops. Initial fermentation occurs at 20-26°C, then the beer is matured in storage tanks at -2°C, before being bottled with extra sugar and yeast to begin a two-week refermentation phase at a warmer temperature of 24°C. The beer is then moved to cold cellars, where it continues to mature and stabilise for a further six weeks with daily taste checks. This unique brewing process results in a floral, fruity, dry, subtly bitter, rich and refined beer, which on tasting, showed notes of sweet and tart citrus, touches of butterscotch, nuts and spice plus hints of yeast and orange peel on the mid-to-end palate. 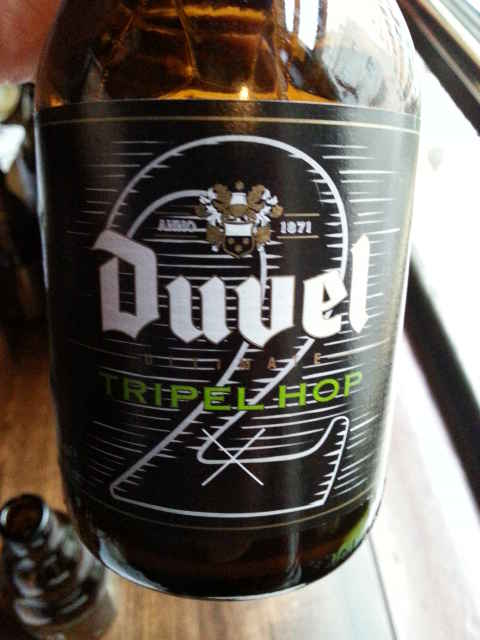 Duvel Tripel Hop (9.5% ABV) is brewed using a third hop which has been changed each year for the past six years in order to create a unique taste experience. The one currently in production is HBC 291, a brand new (hence the name) experimental US variety, which the company describes as having a mild flavour with hints of citrus, black pepper, lavender and roses. However, rather than adding the third hop into the standard boil, Duvel Tripel Hop uses dry hopping, where the extra hop cones are added after fermentation to incorporate delicate aromatic oils otherwise lost in the boiling process, without imparting additional bitterness. 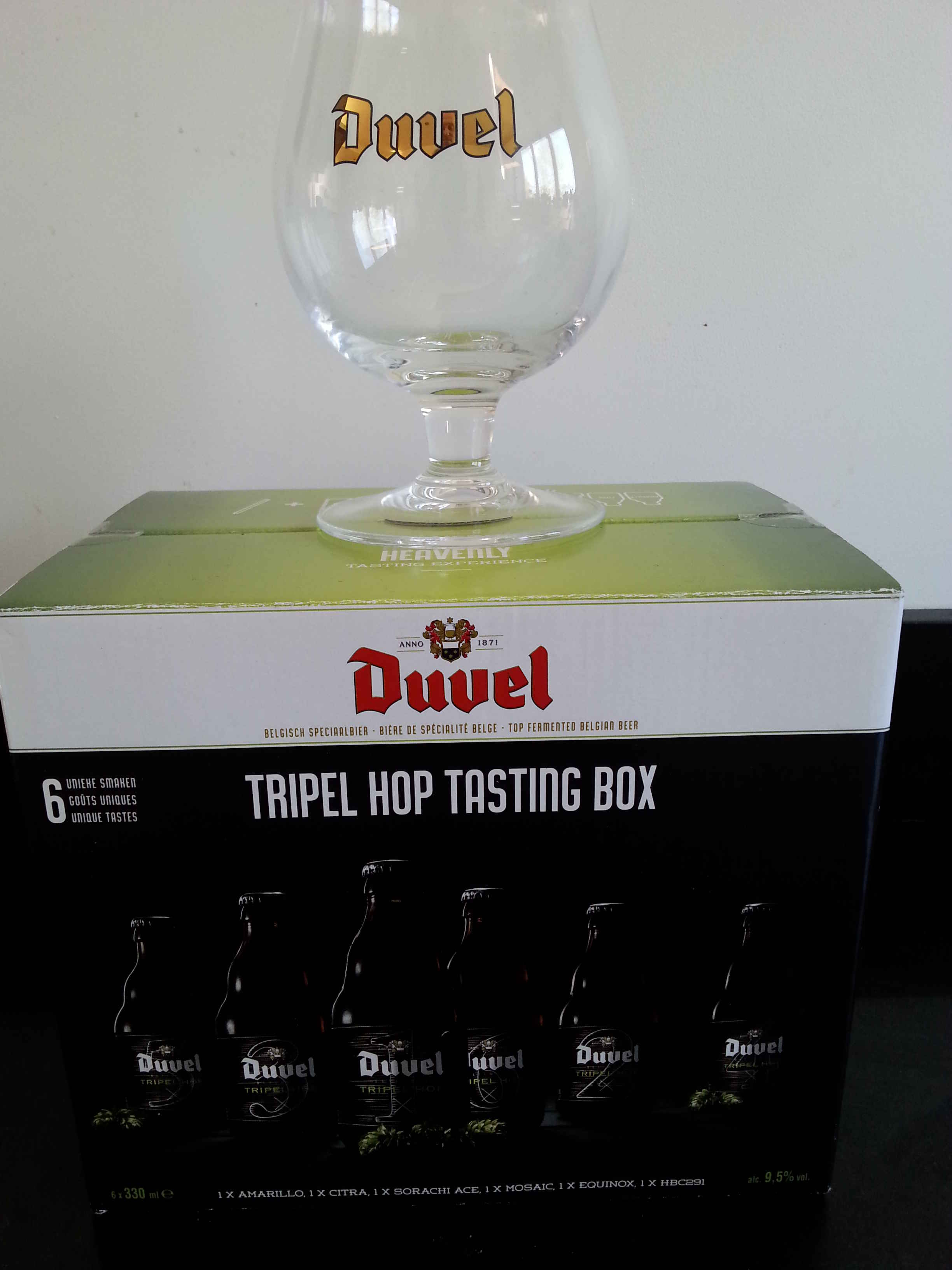 So here's the question Duvel is asking: which Tripel Hop do we like the best? Based on the results of European voting, the company will brew the winner on a permanent basis from 2017. With this in mind, I happily set about the task of tasting and working out my 1-2-3 placing from the six beers placed in front of me, in which the third hop was:-

Amarillo 2007/2010 -
Aroma: floral, herbal, mild notes of orange and apricot plus a hint of nuts.
Palate: white peach, grapefruit and earthy/woody spice notes.
Citra 2012 -
Aroma: highly perfumed with stone fruit notes and a hint of orange.
Palate: sweet orange, lemon and hints of tropical fruitiness plus a tinge of yeasty/toffee creaminess.
Sorachi Ace 2013 -
Aroma: unusual, aromatic and slightly green vegetal quality with added notes of mint and spice.
Palate: notes of spearmint, citrus and cedar plus hints of hibiscus and blackcurrant.
Mosaic 2014 -
Aroma: Floral, fruity and spicy with tropical fruit notes plus hints of nuts, anis and cassia bark.
Palate: Guava, pear and melon notes come through with a sweet nut character that reminded me of peanut or sesame brittle. The finish is bittersweet with a malty edge.
Equinox 2015 -
Aroma: Mild with a slight vegetal/stalky character and notes of green pepper and citrus.
Palate: Notes of lemon and lime on the initial attack, followed by grapefruit and a gentle hint of white pepper.
HBC 291 2016 -
Aroma: Floral notes of melon and lavender plus gentle curry-like spice that reminded me of fenugreek.
Palate: Similarly fruity with added notes of citrus and a slight chocolatey touch. 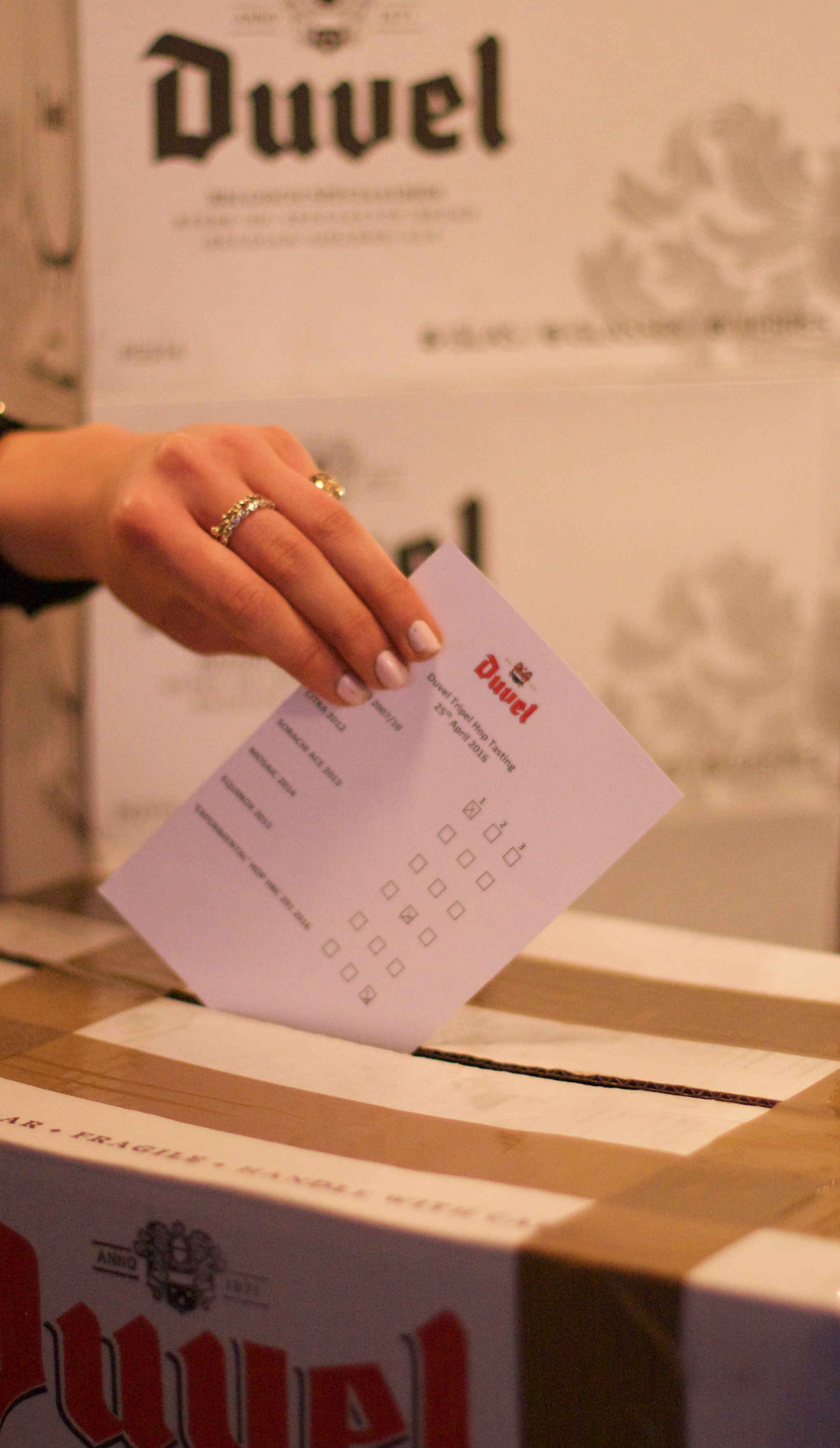 ... and my votes went to Mosaic (1st), Sorachi Ace (2nd) and HBC 291 (3rd), although the latter two were really joint second for me! These were delicious and very different beer styles with Sorachi Ace probably being the 'marmite' hop that divides opinion the most.