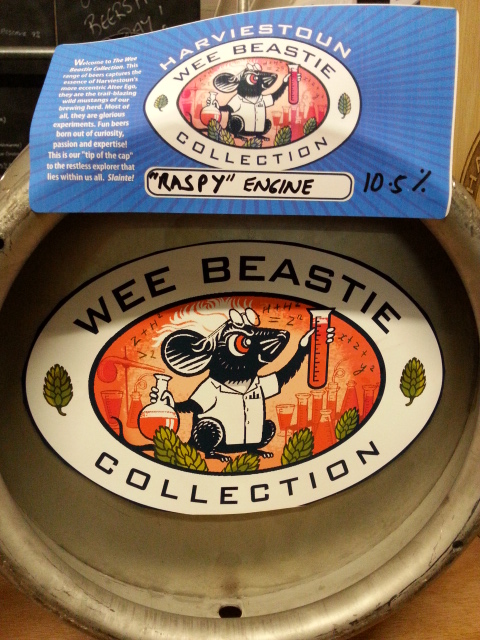 Now is a great time for good quality ale in the UK, as the independent artisan brewing revival continues, spurred on by the American craft beer revolution. Throughout the country, small, creative breweries as well as dedicated arms of larger businesses are reinventing beer in a modern style, providing consumers with a huge variety of British brews. As well as using new and traditional, home-grown hop varieties, the UK brewing industry has also been importing hops from the US and other countries, experimenting with different types of barley and malting styles, discovering old, almost-forgotten beer recipes and revelling in a new-found freedom. In addition to ales, craft lagers are similarly attracting an increasing number of consumers in pubs and supermarkets, eager to experience new taste sensations. Furthermore, the upsurge in innovative British brewing has not been lost on the overseas market, as UK microbreweries have also seen their export sales rising.

The British craft beer boom has certainly not reached its peak yet and, given the economic and environmental benefits of more jobs, local ingredients and lower beer miles, this cannot be a bad thing. Moreover, while the demand for craft beer within the UK is growing, so is the demand for good quality cask ale – a reflection of a key component of the food and drink revolution that Britain has been experiencing over recent years, namely a yearning for new, exciting and tasty products. Away with the bland and bring on the flavour-packed alternatives! 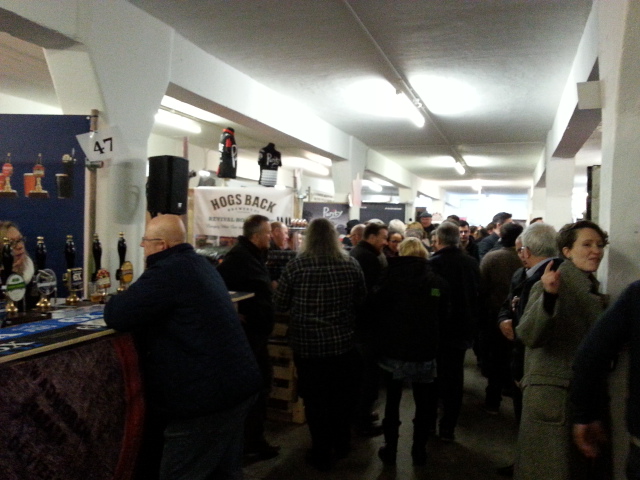 Nevertheless, this doesn't make it necessarily easier for pub owners, as they need to weigh up the benefits of which styles they should stock out of the myriad of beer possibilities, unless brewery ties take some of these decisions out of their hands. Do we source cask or keg; 'real ale' or craft (check out my earlier article on these pages for thoughts on this distinction); beer from small, local breweries or beer from large, well-known, UK or foreign breweries; the old draught lager or the new craft lager? These can be difficult questions in a tough and competitive market.

With this exciting state of play in mind, I was particularly looking forward to the trade session of February's Craft Beer Rising. In its third year now and coinciding with the second half of an event-packed London Beer Week, this celebration of beer took place in the historic Old Truman Brewery, a regenerated business, leisure and arts centre, built from the derelict remains of a 17th century London brewing site. With 76 stands, including several brewery launches, new drinks releases and cider too, there was no shortage of choice to sample.

Here are some of the highlights, featuring one beer from each of the breweries that caught my eye (and taste buds!):-

Oatmeal stouts have had oats added to the mash (grains soaked in water to release sugars in the malt), giving a smoothness and a touch of sweetness to the resultant beer. One of my favourites of the day was from The Laine Pub Company, whose eight London pubs include three which house on-site breweries. Their Chocolate Oatmeal Stout (5.7% ABV), brewed at the Four Thieves pub, which is located in a former Victorian music hall, has a beautifully smooth and creamy mouth feel with notes of chocolate and vanilla. 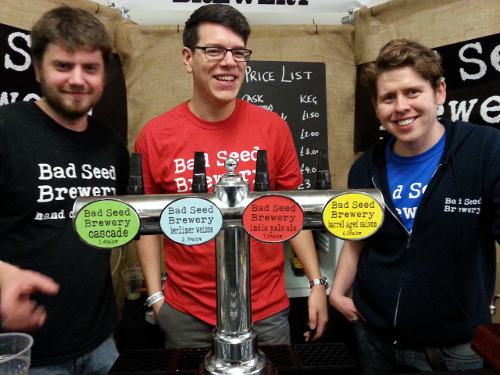 The Bad Seed Brewery is a micro-brewery based in Malton, North Yorkshire. The company brews several contrasting beers and I was particularly impressed by their Oatmeal Stout (4.0% ABV), another rich, velvety expression of this particular style with roasted malt and biscuit flavours. 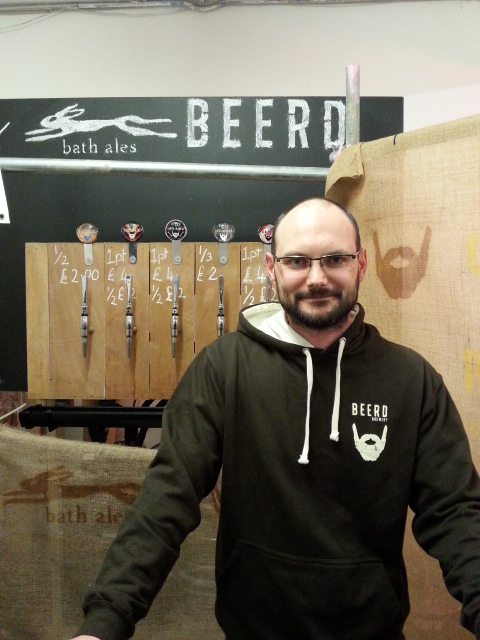 Milk stout is another creamy style of beer, but one that contains lactose, a sugar derived from milk. Claims of nutritional benefit led to brews of this type being given to breast-feeding women. A modern example is made by Beerd, an innovative brewery under the auspices of Head Brewer Shane O’Beirne. Shane mixes traditional techniques with a contemporary outlook that encompasses unusual ingredients and brewing methods. The Baron Samedi Coconut Porter (5.1% ABV), made with (yes, you've guessed it!) toasted coconut, is a milk stout with a delicious creamy mouth feel, notes of coconut, chocolate and coffee plus a touch of bitterness on the finish to balance the initial sweetness. 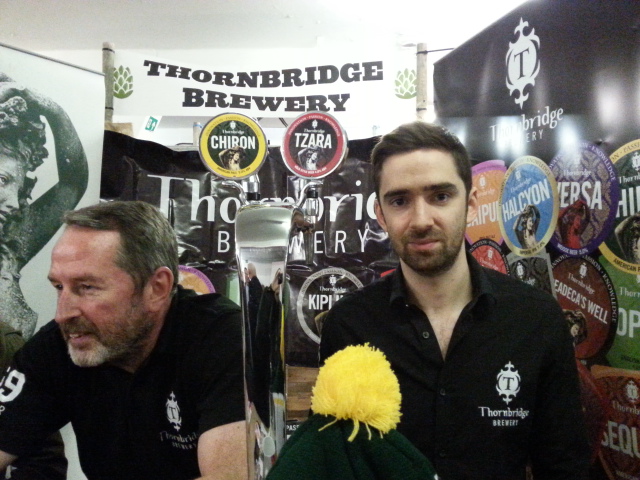 I have recommended Derbyshire-based Thornbridge Brewery's brilliant Jaipur IPA before, so apart from sampling that again, this was a great opportunity to chat to their team and also to try some of their other beers. Cocoa Wonderland (6.8%) is a chocolate porter, specially brewed in collaboration with a Sheffield chocolate shop & café of the same name, to celebrate that business' tenth anniversary. It's a full-bodied beer that combines natural malt and added cocoa bean flavours to give an intense chocolatey beer kick with touches of coffee and spice. A fun winter warmer to sip by the fire! 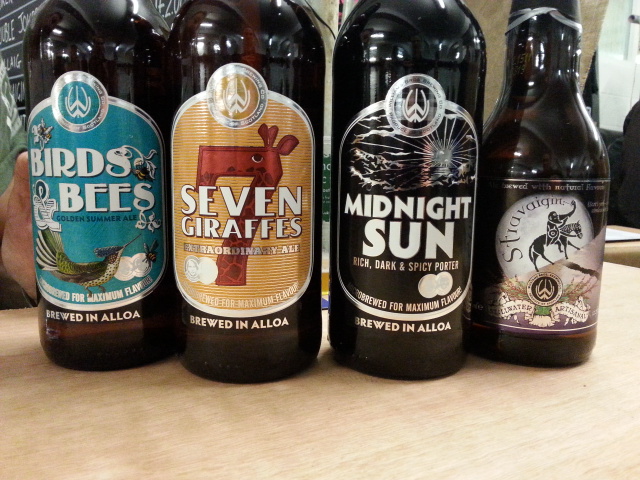 The Williams Bros. Brewing Co., based in Alloa, produces a range of superb craft beers and have won many awards. They also make one of my favourite porters, Midnight Sun (5.6% ABV). This has a hint of ginger spice on the nose and palate, accompanied by velvety smooth, malt, chocolate and coffee flavours with a touch of sweetness on the finish. The addition of fresh root ginger during the brewing process has added an extra dimension to this porter, which enhances rather than overpowers the complex aromas and flavours. This is exactly what craft beer should be like - innovative, interesting, packed full of flavour and delicious! 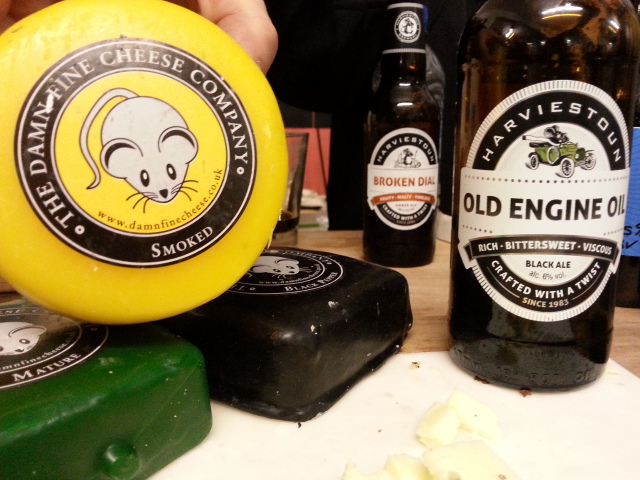 Scottish brewer Harviestoun has been pushing back the boundaries of beer since the 1980s. The company's innovative approach includes maturing beer in aged Highland Park malt whisky casks. However, when not aged in this way, their Old Engine Oil is still a complex, velvety smooth black ale with roasted flavours of coffee, malt and chocolate plus fruity notes too. It is a great accompaniment to The Damn Fine Cheese Company's deliciously creamy Cheddar cheeses. 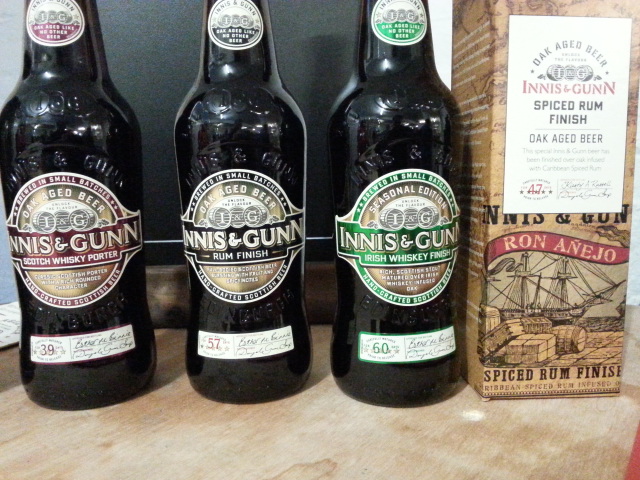 Innis & Gunn, Scotland Brewery of the Year in the New York International Beer Competition 2014, specialises in ageing beer in various types of oak barrel. For example, their Rum Finish (6.8%) is a spicy, fruity, full-bodied delight. Classy and unique! 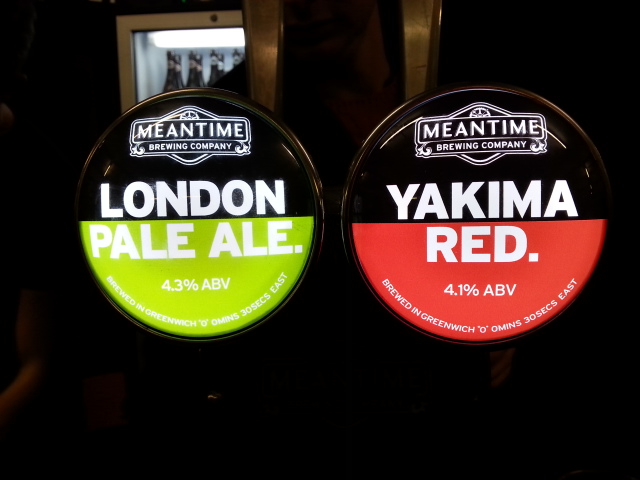 Meantime Brewing Company is another favourite. Based in Greenwich by the river Thames, the company has firmly established itself at the forefront of the London brewing renaissance. I was keen to try their Yakima Red, a ruby ale made from Bavarian and British malts plus five varieties of hops from Washington State's Yakima Valley. The flavours are an enticing blend of tropical fruit, citrus and blackcurrant. 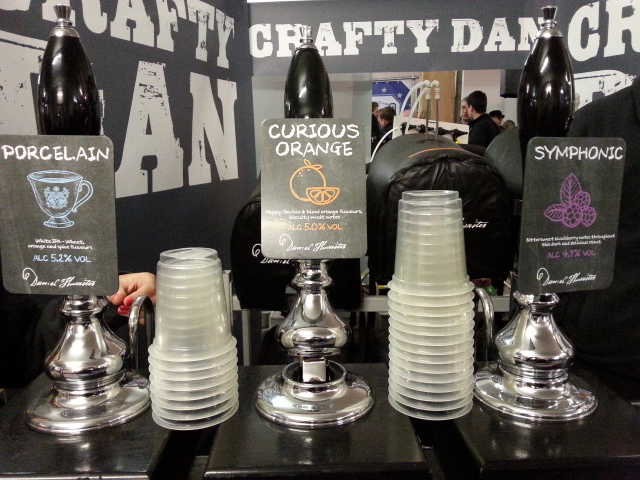 Crafty Dan is the 20-barrel microbrewery arm of Thwaites, a family-controlled brewing and pub company based in Blackburn, Lancashire with over 200 years of history. Their Big Ben brown ale won a Silver at the New York International Beer Competition 2013, with the company also being awarded ‘England Brewery of the Year’. 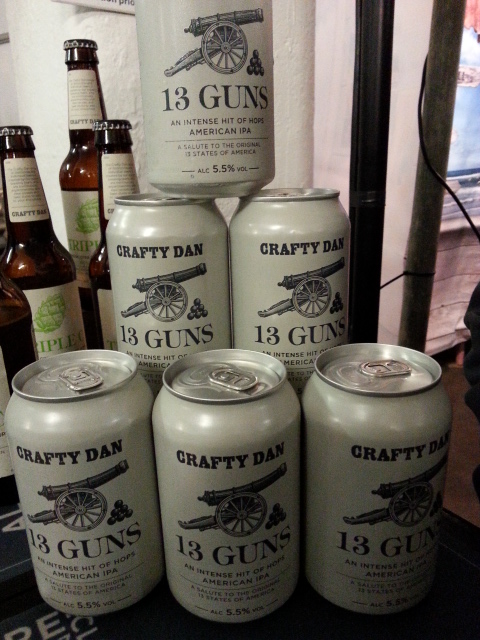 They had several beers on show at Craft Beer Rising and one of the best was 13 Guns (5.5% ABV), an intensely hoppy and fruity American IPA, made from six hop varieties and four types of malt. The beer is now also available in cans. 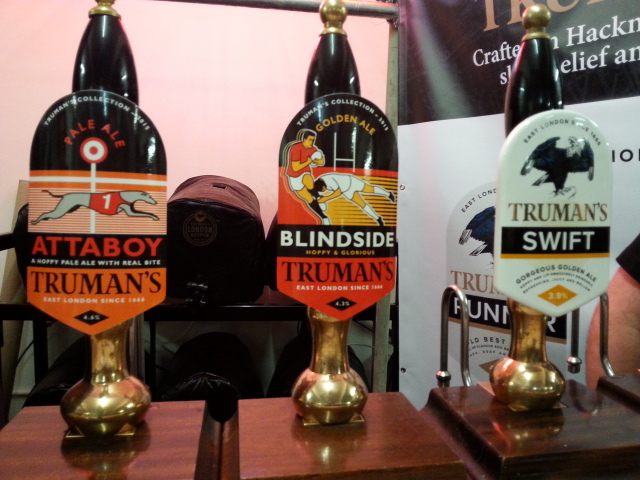 I couldn't attend this historic venue without trying some beer from the newly resurrected Truman's. With a heritage dating back almost 350 years, they began brewing again in East London in 2013 after a 24-year absence. Attaboy (4.6%) is an American pale ale, made with citrus-packed US hops and its distinctive badge design evokes memories of a former local greyhound track. 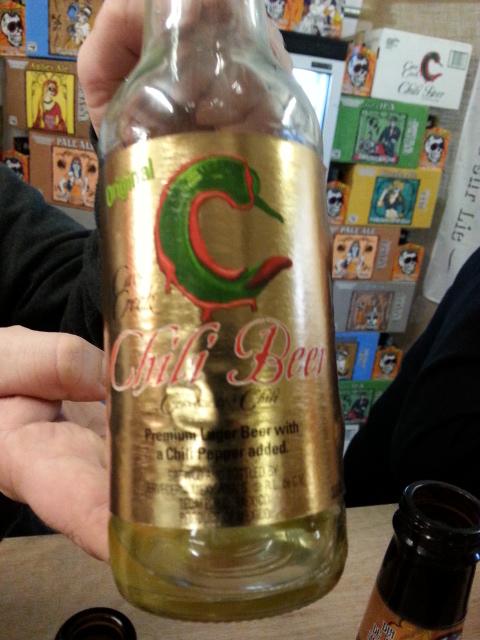 Pierhead Purchasing is an award-winning importer of alcoholic products. One of the beers they supply comes from Mexicali Brewery in Tecate. Cave Creek Chili Beer (4.2%) kicks you in the tonsils with the heat of a Serrano chilli pepper. Light, crisp, spicy and hot, it's just something a little bit different. 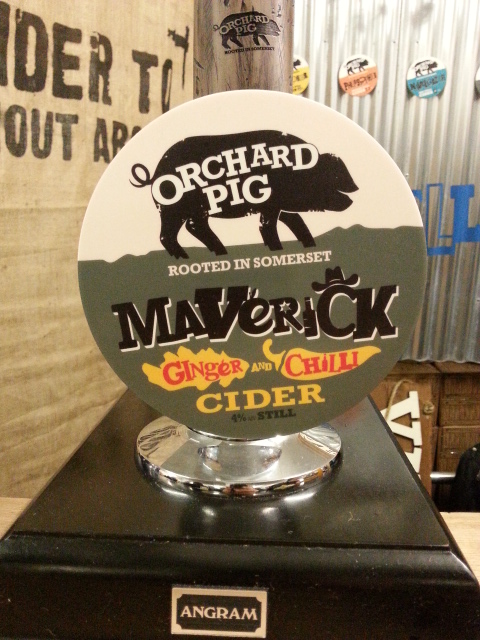 In contrast to this overtly hot chili-infused beer is a softer chili-infused cider, made by Somerset's Orchard Pig. Their Maverick Chilli and Ginger Cider (4% ABV) is a much milder affair with sweet notes of apple, pear, ginger and honey, a citrus zing and a gentle kiss of chili on the finish.

So there we have just a little snapshot of the new, exciting craft beer (and cider) scene in the UK. The choice has never been better and I look forward to a flavourful hoppy and malty future on both sides of the Atlantic. Cheers!